Brent crude oil is trading marginally higher on Friday and could close in the green for a fourth consecutive day, last seen in early October. Fed Chair Powell’s rather dovish speech on Wednesday has been persisting through market reaction after receiving support from the U.S. core PCE release yesterday. China’s revision of its COVID situation has also been a tailwind for crude oil with respect to demand-side forecasts.

Later today, Non-Farm Payroll (NFP) statistics will be the focal point for the USD and thus crude oil prices. A strong labor release would likely result in support for the USD but also provide more uncertainty with respect to the Fed’s forward guidance. 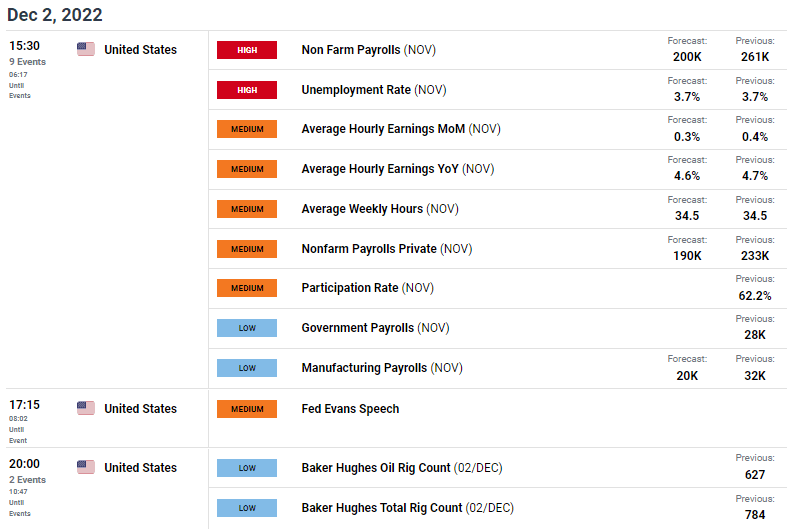 OPEC+ is set to meet on Sunday December 4th to discuss a possible shift in its supply quota. Up until now, there has been rumors of production increases, cuts and no change thereby increasing the hype and anticipation around the OPEC+ meet. It is fairly likely that there will not be a production increase considering depressed oil prices as well as global recessionary fears. In addition OPEC+ may not want to surprise markets by cutting before year end and may look to acquire more data before the next meeting to make an informed decision. A decision of no change is probable after taking into account the above factors which should not shift the price needle too far.

An action that may provide substantial stimuli for crude markets is the decision around a Russian oil price cap. The pronouncement is set for December 5th but there has been no unanimous agreement amongst the member states as of yet. According to the most recent information, the price cap is rumored to be set at the $60/bbl mark down from $65-70/bbl. The lower the price cap level, the more chance that Russia retaliates by constraining or eliminating supply altogether and could spark a push higher in crude prices. 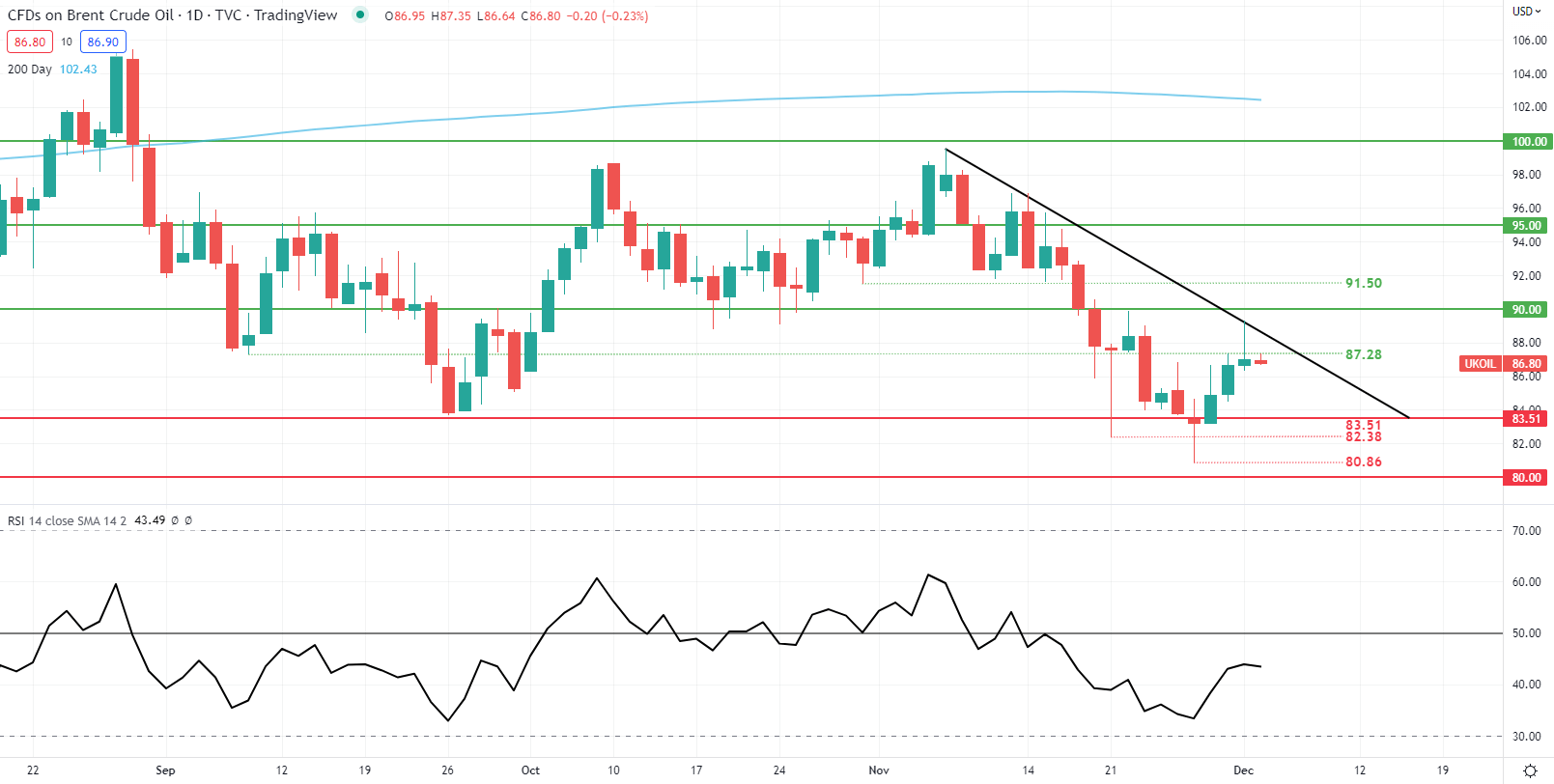 Price action suggests Brent crude could be heading for a leg lower after yesterday’s long upper wick candlestick. This could be invalidated should today’s candle close above the September swing low at 87.28 and the coinciding downward sloping trendline (black). The Relative Strength Index (RSI) is indicative of bearish momentum (below 50) which supports a subsequent downside move short-term. That being said, fundamental influences are the key driver going into next week and price action will be highly dependent on these forces.

IGCS shows retail traders are NET LONG on Crude Oil, with 69% of traders currently holding long positions (as of this writing). At DailyFX we typically take a contrarian view to crowd sentiment however, due to recent changes in long and short positioning we settle on a short-term upside bias.