The Race to a Billion: Men Versus Women 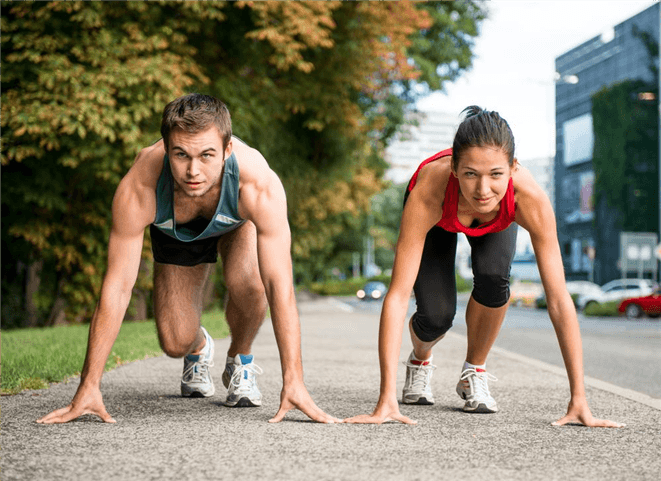 It’s a lot of money, and an amount we’re sure we all wouldn’t mind having in our bank accounts. But who’s more likely to make that money first, men or women?

We invested our time into researching all you need to know.

The war against the wage gap: how women billionaires are rising to the top 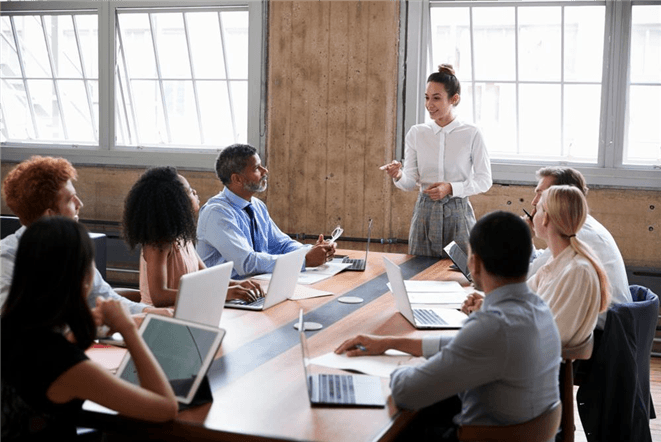 The wage gap is something that affects women all over the world, with an average 23% difference between what they and their male colleagues earn. Historically, this made it much more likely for men to become billionaires.

Stereotypical gender roles also played a key role in this trend, with women staying at home to raise children and men being the main breadwinner in the household.

However, times are gradually (finally) changing. While the wage gap is by no means a problem of the past, we’re now seeing more women enter the top 1% of global earners, with Whitney Wolfe Herd, the CEO of Bumble, joining the likes of Oprah Winfrey and Kim Kardashian on the list of self-made women billionaires. According to recent data, 11.8% of all the world’s billionaires are now women, inspiring the next generation of female entrepreneurs to go out and achieve what those before them were never given the chance to do.

Our study explores how - and how fast - women are building their wealth.

The race to a billion is on, who will get there first? 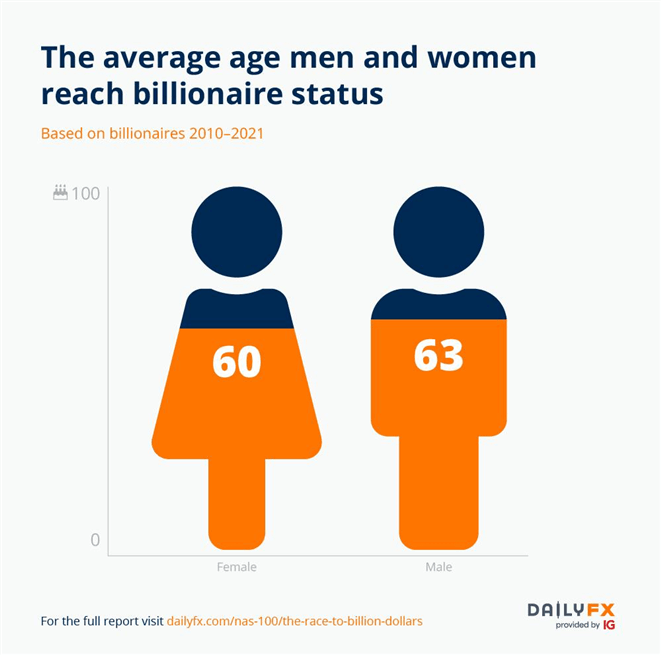 Based on the average age women become billionaires, they reach this milestone earlier in life than men. Although there are seven times more men on the billionaire list than women, on average women reach billionaire status by the age of 60, three years younger than men at 63.

As we continue to see more women enter the billionaires list, it is likely we will also see the age of the average woman decrease. This year the Forbes Billionaire list included 328 women in total, 36% more than the previous year. With the world's richest woman, Francoise Bettencourt Meyers, ranking #11th place with a whooping net worth of $84.8 billion.

While women can inherit their wealth, such as heiress Bettencourt Meyers whose grandfather was the founder of L'Oréal, we are also increasingly seeing more women become ‘self-made’ billionaires through intelligent investments and financial advice.

Whitney Wolfe Herd has recently caught media attention as she became the youngest self-made billionaire at the age of 31, following the creation of dating site Bumble. Alexandra Andresen is the third youngest billionaire, although not deemed as ‘self-made’, she made her money through investment firms.

There are now more female billionaires than ever before 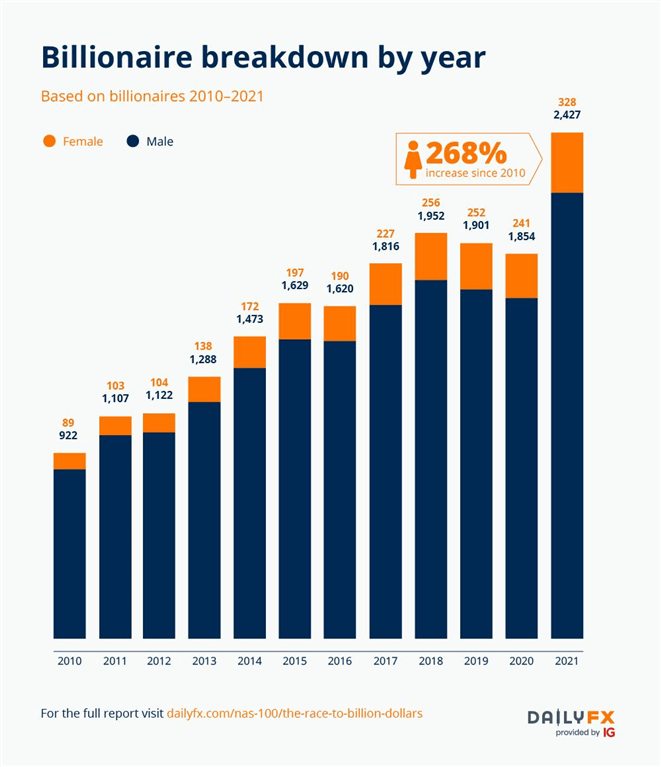 Women currently account for $1.54 trillion in combined assets, proving how much more accessible wealth has become for them. Although this number does fluctuate, the growth has been significant. This year alone the number of female billionaires increased from 241 to 328. With a 268% increase since 2010 it doesn’t look like it will slow down any time soon.

Industries where women command the most cash 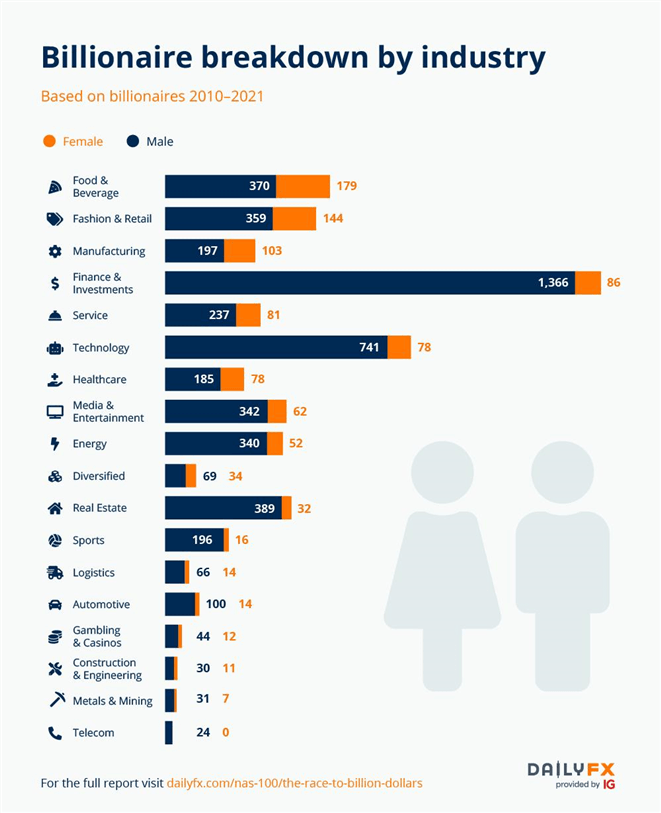 Women are excellent in many industries, in particular fashion, food and beverage, and manufacturing. There are many amazing women from well-known companies that we could name, but let's just start with a few.

Mars heiress and investor, Jaqueline Mars is a prominent billionaire in the food and beverage industry with a net worth of $31.2 billion. Jaqueline worked for the company for over 20 years and served on the board until 2016. She owns an estimated one-third of Mars making her the 48th richest person in the world. Aside from her work with Mars, she is a well-known philanthropist, serving on six boards including the Smithsonian and National Archives.

L'Oréal heiress, Francoise Bettencourt Meyers is 67 years old, with her real time net worth currently sitting at $83.9 billion - the 12th richest person on the Forbes Billionaire list. Although she inherited her fortune, she has sat on the board since 1997 and is chairwoman of the family holding company. Bettencourt Meyers is also the president of The Bettencourt Schueller Foundation, the charity she co-founded in the 1980. The foundation issues grants to support research in life sciences, culture and solidarity. The foundation has awarded more than 590 prizes and provided support for more than 1,000 projects.

Another prominent fashion billionaire is Miuccia Prada, the co-CEO and lead designer of fashion empire Prada. The company was founded by her grandfather in 1913, but she now runs the business with her husband Patrizio Bertelli. After inheriting the company in 1978, Prada turned the brand into the luxury fashion powerhouse we know through expansion, new product lines and more. Today, Miuccia Prada has an estimated net worth of $5.7 billion.

Rihanna hit the headlines recently after becoming a billionaire at the age of 33 - making her the wealthiest female singer in the world. While hit songs such as “Umbrella” and ‘’Rude Boy” made her a household name in the music industry, the bulk of her fortune came from her Fenty Beauty cosmetics brand and her lingerie company, Savage x Fenty. Despite facing various controversies through her career, Rihanna has maintained the role of a female icon and is now worth $1.7 billion.

She is by no means the only woman to reach a billion through success in media and entertainment.

Laurene Powell also inherited billions of dollars of stock in Apple and Disney from her late husband, Steve Jobs, and currently ranks in the top 100 richest people, with a real time net worth of $19.1 billion. Although she inherited her money she has been putting it to work through investments on her own - she recently made a hybrid investment, through Emerson Collective the social impact and philanthropic firm she founded in 2004. Powell has reached billionaire status within this sector at the age of 57, five years younger than the average age.

Oprah Winfrey became the first black woman billionaire in history in 2003 at the age of 49. The media mogul and daytime television host become a self-made billionaire through her own daytime talk show, magazine, radio show, book deals and is even an acclaimed Oscar nominated actress. Despite a difficult upbringing, Winfrey has climbed her way to the top of her industry and now has a net worth of $3 billion.

The tech revolution and investing has allowed for millennials to become billionaires faster than older generations, showing that newer ways of innovation are helping women shatter glass ceilings and become billionaires at a faster rate than ever before.

Are women the future of investing? 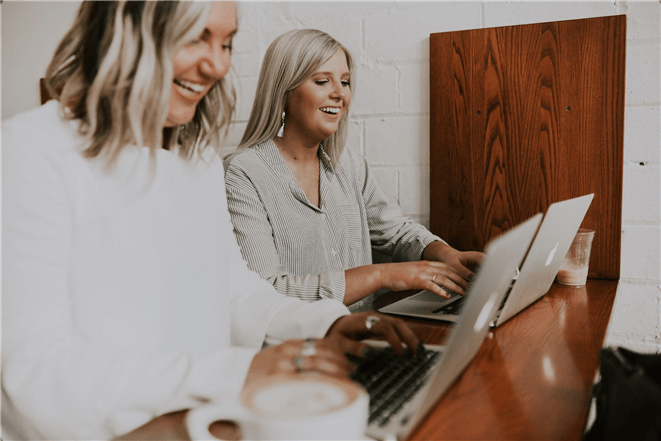 Women are fast becoming a key contender in the world’s rich list. They continue to dominate in traditionally female-powered industries such as fashion and food, but they’re also taking huge strides across a range of sectors.

Finance, investing and trading are also areas women are entering, becoming rich and moving toward the ranks of of billionaires..

See how our investing and trading education could help you get started.

In order to determine whether men or women become billionaires earlier in life, DailyFX examined the Forbes Billionaire List data from years 2010-2021.

By noting the age a female billionaire reached the Forbes Billionaire List, the team was able to calculate an average age men and women reach a billion dollars (all figures are in USD). The percentage growth of women on the Billionaire List was calculated with year over year percentage increases from 2010-2021.