USDCAD May Be Major Most Capable of Overcoming Holiday Trade

See how retail traders are positioning in USDCAD, USDCHF and USDJPY along with the other major Dollar-based majors using the DailyFX speculative positioning data on the sentiment page.

If there is one principle consideration to account for as we navigate through the second half of the trading week, it would be liquidity. There is a known curb on market turnover in Thursday's US market holiday - the Independence Day holiday or 'Fourth of July'. While it is technically only the US exchanges that are offline that day, it represents a significant enough segment of the global speculative rank that it typically suppresses most efforts to generate sustained volatility or carry forward any meaningful trends.

Yet, just because the Americans aren't around doesn't mean that the markets will simply hold inert in the face of meaningful - and particularly unexpected - developments. If we see headlines that dramatically alter the outlook for global growth, monetary policy or trade wars; impact could meet shallow market depth to the result of severe but short-lived moves in target assets. We should never presume that probably means certainty when it comes to seasonal distortions like these.

While liquidity is technically only truly capped on Thursday, market expectations traditionally curb activity in the day preceding the drain as participants look to take off what they deem as excess risk that would be prone to volatility during the downtime. Further, since the holiday falls on a Thursday this year in the middle of the Summer doldrums, it is very likely that Friday will be treated as an extended holiday weekend. That is as much 'self-fulfilling' anticipation as practical conditional adjustment. 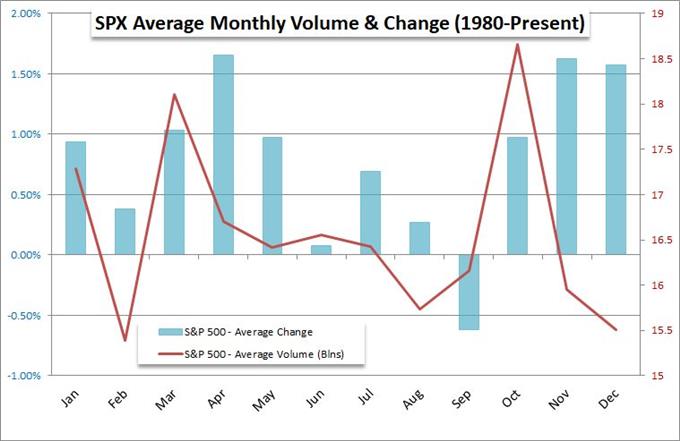 In trading through the latter half of this week, it is simply more reasonable to spot opportunities that could reasonably play out in constrained conditions. Modest ranges are the most practical scenario to monitor for given this backdrop. However, I know the pull that volatility has on the speculative rank. If we are looking for the most concentrated opportunity for activity to fight the dying light of activity for this week, it would undoubtedly be USDCAD.

On a technical basis, this pair has experienced a significant tumble this past month that followed clearance of a diminishing wedge within a much longer rising trend channel. After dropping 1.3400 and then using the former support as new resistance, the pair went for stumbled over 300 points lower. In the process, the market slid through the 200-day moving average and pushed its bearish deviation to that longer-term trend measure to its most extreme since early 2018. At the moment there is a collection of technical figures that we are facing in the 1.3050/80 vicinity - a range low back to November and proximate Fibonaccis in the 38.2% Fib of the 2016 peak to 2017 trough and 38.2% Fib of the bull run from that same 2017 low to this year's high. 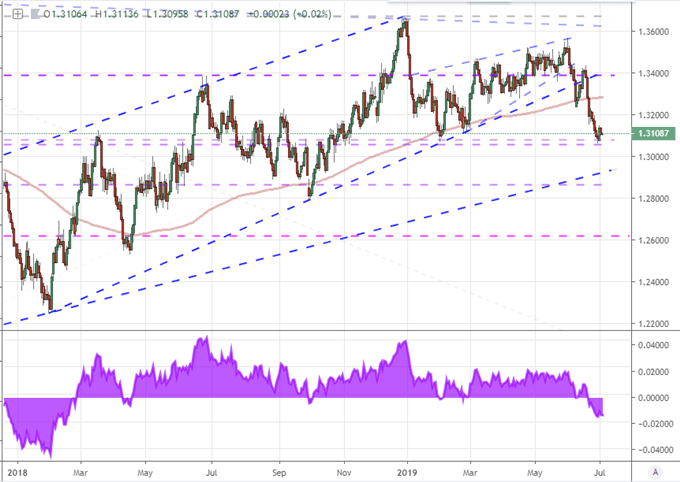 What makes the USDCAD further unique is the level of event risk the pair faces. While the top listing for the US Dollar today is the ISM service sector (non-manufacturing) report as it represents the largest overall segment of GDP, there will be particular influence for this specific pair in the simultaneous release of May trade figures from the United States and Canada. The same concerted release factor will be in play on Friday as well. June employment data from both countries are set to cross the wires at 12:30 GMT. Both are well-known market movers for their respective currencies when the print deviates from forecasts. 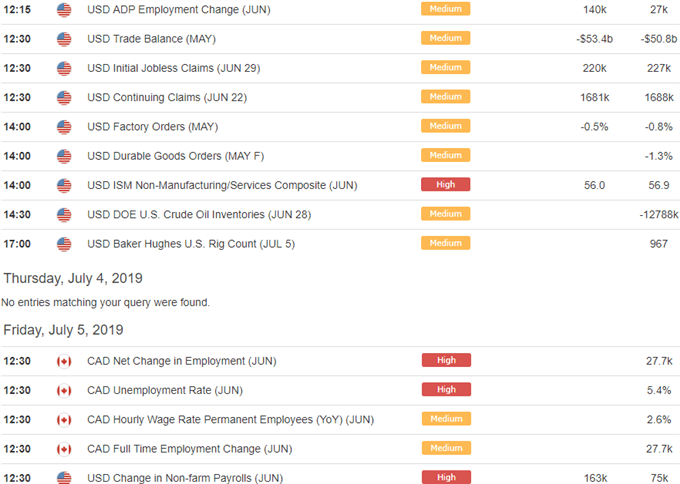 A final consideration of interest is the market's take on the USDCAD's prospects. Though prone to picking tops and bottoms, retail FX traders are certainly mounting an exceptional effort for USDCAD following its drop. Looking at the IGCS (IG Client Sentiment) data, we find that there has been an explosion of long positions these past weeks which has pushed the net speculative positioning among this faction of traders to the most extreme long view that we have seen in a long time. We focus on USDCAD in this short video. 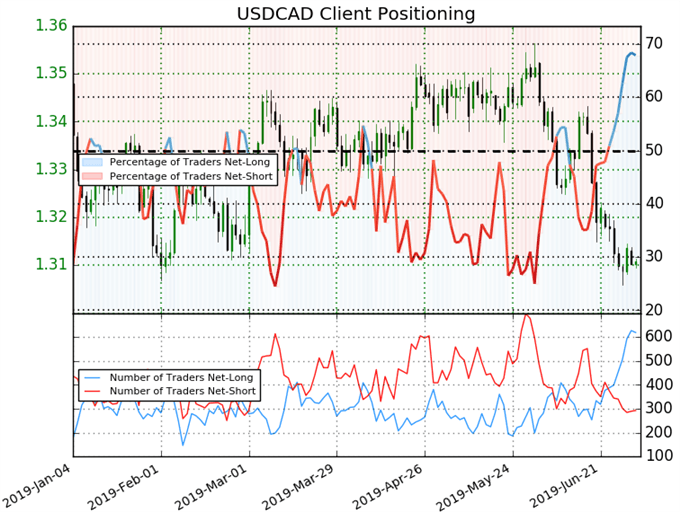