There has been a lot of fundamental charge recently from developments that have been headline-worthy. Trade wars have raised fears with open threats made by President Trump and tempered with the 90-day pause in tensions. Political instability has embroiled key European economies (France, Germany, Italy), threatened to oust the UK Prime Minister Theresa May and continue to plague the Trump administration. Even discrete bouts of volatility have earned their own position in talking points. As deserving as these updates are as top line fundamental themes, they fall short of genuine trend potential. That is in part owing to the underdeveloped stability issues behind each as well as a reflection of the market's combination of skepticism and complacency. One theme that we should observe with a little more caution and that will be stirred to life a little more effectively is monetary policy. While we usually consider this theme as an exchange rate lever as when one currency's central bank takes an explicitly hawkish bearing and another's a dovish course, there are far deeper implications from this fundamental influence. Years of stimulus for example has stood as the foundation to much of the past decade's climb in the financial markets. Pulling back from crisis-era policy can cut short rampant speculation - but a failure in economy and markets despite the enormous support from these groups could prove even worse. 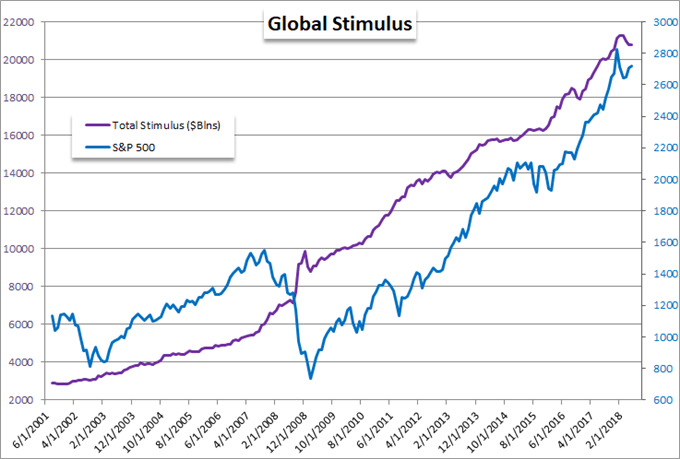 Despite the ECB's End of QE, The General Trend in Monetary Policy is Curbing Normalization

At present, the market is being forced to decide just what about monetary policy is most important. Is access to extremely cheap funds the key takeaway or is the insinuation about financial health from a central bank unable to reign in extreme accommodation owing to their fears over the outlook overriding? The market does not seem to have established that answer for itself just yet. That said, considering some of the underlying changes in key policy bearings lately, that decision may be forced soon enough. This past week, the European Central Bank (ECB) made a critical - if late - move to cap one of the most extraordinary easing policies the world has ever seen. The Quantitative Easing (QE) program alone - excluding LTROs and other unorthodox means - added 2.6 trillion euros worth of assets to the group's balance sheet and carrying its net scale above that of the Fed's at its peak. Needless to say, there was little further room for the bank to proceed and it was growing clear that the effectiveness of the program was starting to come under unfavorable scrutiny. And, while this was move to ease off the dependency, it isn't actually a tightening. On the opposite end of the curve, we have seen definitive downgrades to forecasts for withdrawing support. The Bank of England (BOE) has thrown water over the notion of a hike while Brexit lingers. At its last policy decision, the Bank of Canada (BOC) outright flipped the language of its forecast to preclude any views of tightening again. Even the Federal Reserve seems to be making the effort to ease anticipation over its path of tightening through 2019 so as not to trigger speculative panic. If the ability to normalize policy is a sign of confidence for markets moving forward, is an effort to cap those efforts a reason for concern? 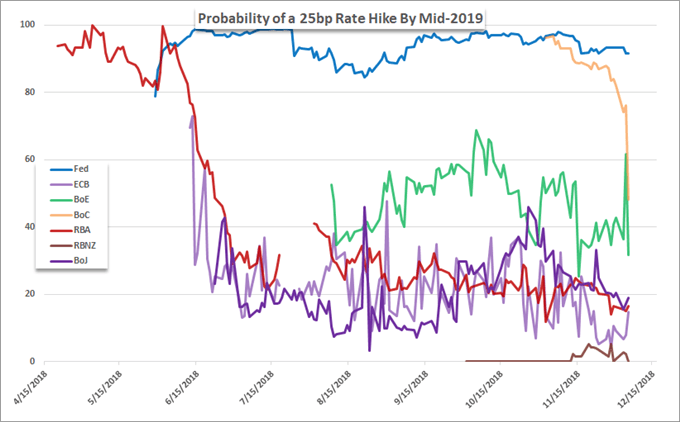 What to Look for in the Fed, Bank of England and Bank of Japan Decisions Ahead

Looking out over the final full week of trade this year, we will round out the year with three top level monetary policy decisions. Each represents its own unique and remarkable fundamental backdrop. Top billing is the Fed's rate decision. This is a high probability hike - not because inflation is just that pressing, but rather because the central bank has made such a clear and concerted effort to acclimatize the market to that outcome via forward guidance. The US central bank is attempting a dangerous course by raising rates back to levels that it can respond in the future to any unsettling developments. Therefore, they are relying heavily on the forward forecasting to defuse any speculative explosions that could follow surprise. That said, there is still room to unnerve the markets through official channels built to set expectations. The Summary of Economic Projections (SEP) due with this meeting is being closely watched by the market as Chairman Powell's rhetoric lately has raised concern that the group is growing concerned and feels it necessary to steer expectations to a gentler pace ahead. That could weigh the Dollar but it will also signal conditions are not so robust that such a course can be borne by the financial system. From the BOE, policy will be viewed as a balance of boon or burden to a troubled financial system. The inevitable march towards the Brexit is raising concerns over a man-made economic and financial problem for which the policy authority will be expected to offer a needed rudder. Finally, we have the Bank of Japan (BOJ) rate decision. This will almost certainly end with the pinnacle of stimulus programs in place as Governor Kuroda recently remarked that signaling any strategy for eventually normalizing would send the wrong signals (perhaps he is afraid of Yen appreciation). This will stand as the extreme bearish end of the spectrum and thereby critical for benchmarking all others. We focus on monetary policy in this weekend Quick Take Video. 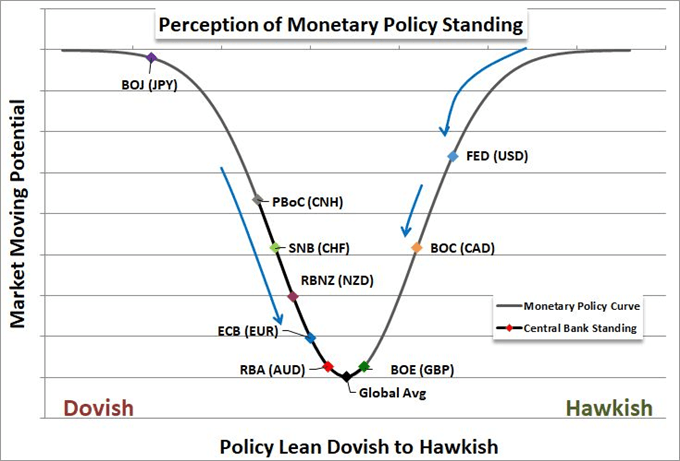