With a Flush of Pound Volatility, Is GBP/USD More Tradable?

FX traders looking for productive breakouts or trends have found little opportunity among the Pound crosses. Since the Brexit risks were fully processed, the Cable has generated little in the way of volatility or trend. Is that starting to change?

A sudden surge in volatility for GBP/USD and other Pound based crosses may seem an easy beacon for traders hungry for activity, but the whipsaw Tuesday doesn't make for easy navigation. See how retail traders responded with GBP/USD positioning on the DailyFX Sentiment Page.

The Pound has been one of the least 'tradable' majors this year. While the currency and its crosses have been relatively consistent in very gradual trend and relatively straightforward ranges, most market participants are looking for either greater degrees of volatility for measured opportunities or the potential for progressive trends to take advantage of low maintenance momentum. The limiter for the Sterling is difficult to miss. After the initial explosion following the Brexit and its speculative aftershocks, the Pound transitioned into a state of mild catatonia whereby all progress was filtered through the murky uncertainty of what the future held for the UK amid the drawn out process of the negotiation to separate the UK from the European Union. On one end of the spectrum, the UK could theoretically return to the same rate of growth seen in previous boom years just with the greater control over immigration and independence from EU law that the Leave group had campaigned on. At the opposite end of the scale, the UK could crash out of the Union with an enormous barrier to trade with a vital collective trade partner and untold economic trouble.

That is a wide range of uncertainty; and in those terms, it is understandable that there is little interest in committing to longer term positions that could prove wildly long due to a bad turn at the negotiation table. And, given that there is essentially another year-and-a-half of official time to hash out the separation, there is both too much scope and time for trades to go off the rails. Yet, this situation does not have to maintain its mystery through the final days of the negotiation. The range of possible extreme outcomes will reduce to a set of likely solutions as progress is made and reported in the discussions. Such a progress point may have been met this past session if the reports are confirmed. According to UK news group The Telegraph, unnamed sources in the UK and EU camps reported a divorce bill had been agreed upon in the 45 to 55 billion pound range - averaging out it seems to approximately 60 billion euro. This came out as rumor first in financial circles in social media which translated into extreme (relative to what we have experienced these past months) volatility.

The Telegraph's report that the Brexit tab had been agreed upon led to a robust Sterling rally, but an effort to seek out confirmation from a government official dealt the 'buy the rumor' move a blow. The official suggested the news didn't match their account of the negotiation and GBP/USD led the abrupt Sterling retreat with a 4-minute, 110-pip drop. Yet, when the Financial Times gave an independent but similar account of the talks, the markets were willing to let optimism carrying the market higher again. We should monitor the confirmation of these reports; but if genuine, it removes materially narrows the possible outcomes from this ongoing discussion - or at least reduces the probability of the tail events considered extreme. That can in turn lead to more active and confident trading behind the Sterling. Whether it be optimism that a full trade deal will be struck or a modification similar to the EA is made, traders will be more confident in quantifying the probabilities for the different outcomes. We discuss how this recent shock of volatility for the Pound can translate into more tradable conditions for GBP/USD and Sterling crosses moving forward in today's Quick Take Video. 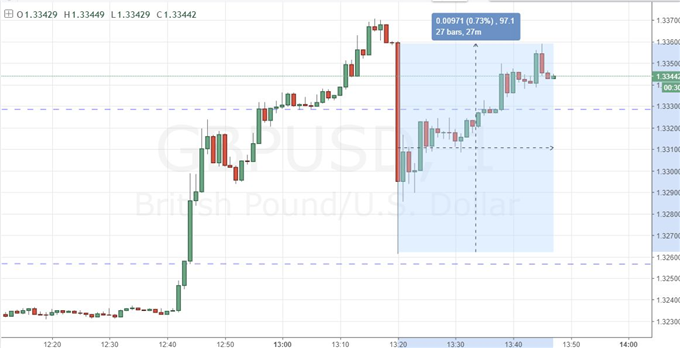 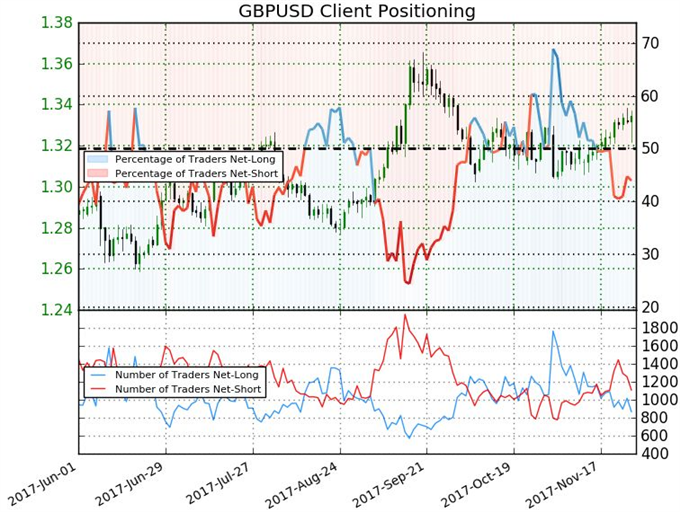