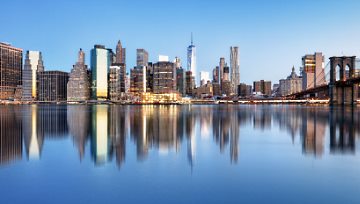 The remainder of this week brings a heavy slate of potential drivers across FX markets, and in this webinar, we look at price action setups across major currency pairs.

- In this webinar, we looked at price action setups across major FX pairs. Just before the webinar began, a Brexit-related report had just begun to circulate and this created a quick spike of strength in the British Pound. Just after the webinar began, North Korea launched a ballistic missile in another missile test. Given that both of these themes were extremely young, we looked at price action to see if there was any usable moves there with nothing significant jumping out. We did, nonetheless, embark on a bit of scenario planning around each potential driver.

- The first market that we looked at was the U.S. Dollar. The rest of this week brings quite a bit of USD-related news, and the Greenback has recently broken down below the key zone of prior resistance of 94.08-94.30. The short-term look here would be bearish, as indicated by the recent lower-low to open this week. But, as we discussed earlier this morning, there’s still a bullish case on the longer-term setup, considering the larger-scale, bigger-picture move of strength that began in DXY in 2014.

- We then moved over to GBP/USD as Sterling was running on news that the EU and UK had agreed on a Brexit divorce bill. We warned of chasing on potentially spurious news, and shortly thereafter a government official disputed the report. Outside of all of this noise – we have a longer-term symmetrical wedge in Cable, and traders would likely want to let this break before looking to assign a directional prognostication, regardless of Brexit bills, etc.

GBP/USD Daily: All Dressed Up, Nowhere to Go – Prices Remain in Symmetrical Wedge

- We then looked at GBP/JPY, which may be a more attractive way of playing GBP-strength while removing a whipsaw-prone USD. GBP/JPY began to test the topside of a bearish channel with a relatively meager range (at least for GBP/JPY). We looked at how we can begin to plot for topside exposure.

- We then moved over to EUR/USD, which is finding support at prior resistance. The area around 1.1860 is a group of swing-highs from October 19th/20th, and this level had also helped shape the shooting star earlier in the month. And that shooting star played-out fairly well, with prices running down to a longer-term zone of support, the top of which is at 1.1736. Bulls have come back with gusto, and after a topside break towards 1.2000, prices have pulled back to find support at prior resistance.

- We then looked at Oil, which will be in the spotlight on Thursday around the OPEC meeting. At issue is whether or not OPEC/Russia agree on production cuts into next year. If they do, foreseeably, strength could remain in Oil markets in the near-term. However, if they do not, Oil prices could quickly fold as producers the world-around look to ramp up production to take advantage of $50/brl+ prices. I’m expecting production cuts to be extended well into next year, and in-turn looked at higher-low areas of support in WTI.

- AUD/USD may have some more strength before the longer-term bearish theme is ready to test .7500. I’m remaining bearish until we move above .7700, and the Analyst Pick from three weeks ago remains active.

- USD/JPY – the pair that I would’ve expected the strongest reaction regarding North Korea has, at least so far, done very little on the news. With prices finding some element of support around the Fibonacci level of 111.15, there’s the potential for a higher-low that could open the door to top-side setups, looking for an eventual re-test of the area of 2017 resistance around 114.00.

- We then moved over to USD/CAD. We’ve been watching the level of 1.2672 as there’s a key Fibonacci level there. After another recent test of that level, prices have worked back recent swing-high resistance. This would be an inopportune time to try to chase strength in the pair, but we looked at what traders could watch for in order to do so.

- EUR/JPY is back to support.