Monetary policy has waned as a dominant fundamental theme in the past months and years. While the collective easing effort amongst the world's largest policy authorities is arguably the most extreme we have seen in history, market participants are efficient at pricing reality. The knowledge that record low (sometimes negative) yield and expanding stimulus programs is common place has already led traders to adjust their views and placement of capital. However, where we have seen significant modes of change - whether more dovish or more hawkish - we have still seen meaningful volatility and even trend arise in the FX market. For EUR/USD through week's end, we were shown exactly how important the concept of change in policy was.

The combo Thursday/Friday this past week of the ECB rate decision and February US labor data represented two of the most capable catalysts for monetary policy. And yet, neither Euro nor Dollar were particularly motivated by the updates. The central bank did not deviate from its extreme bearing with warning of its limitations while the robust US jobs data acted to reinforce existing hawkishness in rate forecasts. Where the impact was actually felt was a report that the European monetary authority had actually discussed the possibility of hiking rates before it stopped its asset purchases at the end of 2017. That is an update with substance as it represents a substantial change in policy standing and bearing. What's more, it gives body to a reality that global monetary policy is shifting and global investors are not well positioned for such a reality.

When the Federal Reserve announced in 2013 that it would 'Taper' its asset purchases (in QE3), it started the long turn in global easing. Since this pivotal moment, the US seems to be the only central bank that has truly committed to the change from dovish to gradual hawkish - with a drawn out transition through neutral. That said, we have seen evidence that other central banks are not that far behind. The SNB and PBoC were forced to capitulation in their efforts - drop EUR/CHF floor and use reserves to battle USD/CNH appreciation - but others did so with as much will as pressure. The Bank of Japan changed from an open-ended program to one targeting the 10-year JGB yield. The BoE upgraded stimulus and cut rates after Brexit with a limited engagement. And, now the ECB is starting to discuss a step to tighten after having spelled out the end of its QE program. The quiet in the global markets and the reach for risk have been heavily dependent on this reality. What does the future hold as the changing landscape sinks in? We pick this discussion back up in for this weekend Strategy Video. 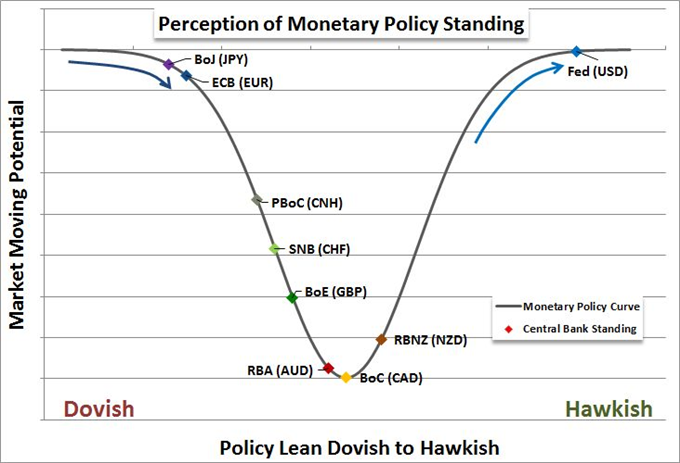 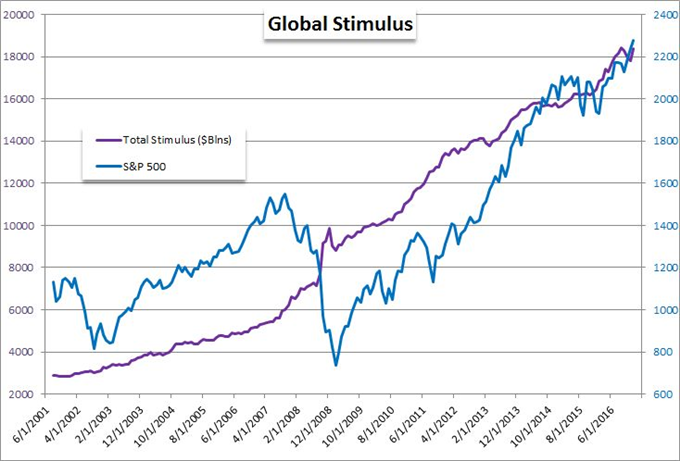