The US Recharges Trade Wars, Italy Fears Ease and NFPs is Ahead

See how retail traders are positioning in EUR/USD along with global indices as trade wars and Italy's risk re-balance shift gearsusing the DailyFX speculative positioning data on the sentiment page.

Market sentiment has experienced a number of reversals this week as both the bearing on important themes have reversed and key focus has shifted. A brief recap of our path to the end of this trading week starts with Monday's liquidity-drained stability earned largely due to the absence of US and UK market participants. When the rank was topped off, the first concerted move was the delayed tumble responding to news that the effort to form an Italian government had been scuttled and a new angle to Europe's latest crisis had developed. The drop from European and US indices (among most other risk assets) Tuesday was then checked when it was reported leadership in Italy would make another attempt to form a coalition government with some changes to appease the President. This past session, it became clear that the effort had paid off; but at that point, the market had changed its focus. This slide for the S&P 500 and Dow Thursday was heavily inspired by news that the Trump administration was pursuing the metals tariffs (25 percent on steel and 10 percent on aluminum) it had initially threatened in March against the European Union, Canada and Mexico. This is a very different situation than the still evolving trade war between the US and China. These three are key developed world counterparts and their retaliation is a genuine threat to the growth in collective GDP and years of speculative reach in markets that was based as much on the status quo as any particular fundamental theme. 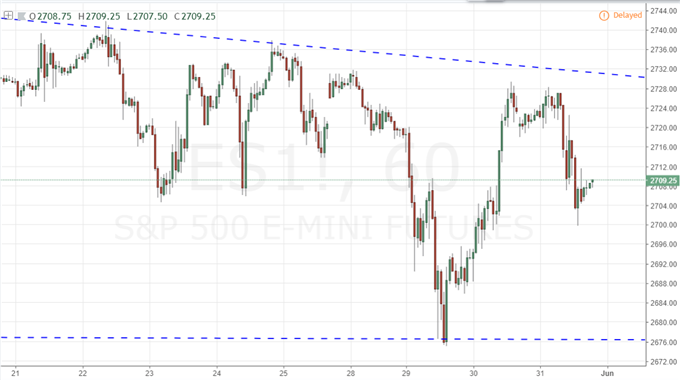 My Confidence in the EUR/USD Has Worn Too Thin

I held a short EUR/USD position for some weeks, but decided it was time to cut out this past session as the backdrop of motivation behind this pair's trend had grown too unstable. The benchmark currency pair's slide began last month not under the expected themes of a shift in monetary policy balance, a clear risk preference or other traditional fundamental consideration. It gained traction despite the lack of influence of these normal outlets. A pullback in extreme positioning (record net long EURUSD futures and five-year extreme net short Dollar) offered fuel for a move that looked more productive when there weren't any distractions. That can further explain why the Dollar wasn't nearly as productive on a wide basis as it was specifically against the Euro. What we seen unfolding this past session though promotes too much direct head wind to the steady drift the pair was trying maintain. In particular, the revival of trade wars is a prominent risk for the Dollar. Looking at USD/CAD and USD/MXN, the Dollar was the benefactor of the news as the economic implications for the trade partners is more immediate. However, the plans detailed by the EU and others to respond in tandem to the US signals a global effort to divert capital flow away from the US. We may think of the Dollar as the permanent top reserve and transaction currency, but it has held that title for less than a century, and the risks to that position are more overt than ever. While still a long-term concern, the balance supporting the recent Dollar recovery was fine to begin with. 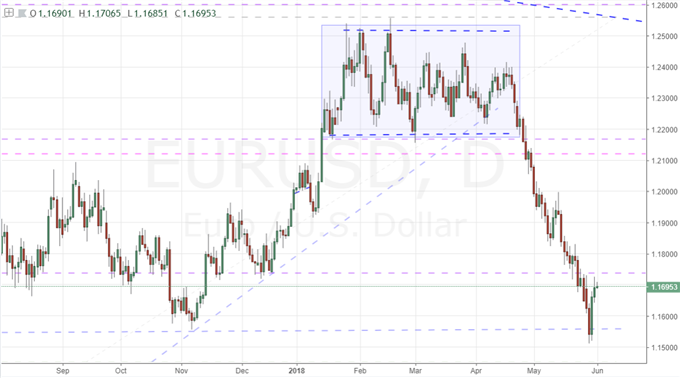 Headlines over the past 24 hours have materially improved the Euro's fundamental standing through the short-term. On the financial stability side, the news Thursday that the Italian President had given Prime Minister-designate Giuseppe Conte the mandate to form a coalition government has removed the risk of another fraught election that could end with a deeper rift within the country and between Italy and the rest of Europe. Yet, that does not change the long-term risk inherent in a government with a distinct anti-Euro and anti-EU mandate forming in one of the Eurozone's largest member economies. This will maintain an undercurrent of systemic instability for the world's largest aggregate economy. There is similar caveat to the improvement in monetary policy forecasts for the ECB. This past session, the Eurozone unemployment rate was unchanged at 8.5 percent while the headline CPI jumped from a 1.2 percent pace to 1.9 percent. This materially bolsters the probability that the central bank will announce its plans to normalize policy at its next meeting. That said the 2017 rally for the Euro founded heavily on policy speculation further out the curve depended heavily on complacency and deep risk appetite that would see the very tepid appeal of a very small rate hike some 12 to 18 months into the future. We certainly do not have the same aggressive speculative setting in our markets. 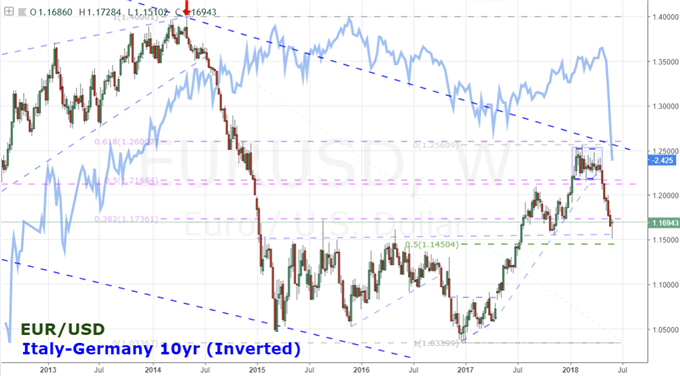 While we continue to sort out what carries the most sway over the markets amid so many competing themes, we face a run of event risk through the close of the week. This past session showed just how important it is to first establish what matters to the market before we throw our conviction behind a key piece of event risk. The Canadian Dollar was charged Wednesday by the BoC's unexpected hawkish policy bearing, but Thursday's disappointing 1Q GDP reading cut down the enthusiasm. When the US announced it would impose the metals tariff on Canada, the recognition of economic pain for the latter country sent the Loonie to a deeper retreat. Ahead, the top data run on the docket will be the May US labor report. The US is expected to have added 190,000 new workers to the national payrolls which is seen keeping the jobless rate at the exceptionally low 3.9 percent reading from the previous month. As important as this data is as an economic milestone, the general trend is well established; so it is hard to truly disappoint or impress. Rate speculation is where much of the untapped promise still resides. Yet, that theme has also lost traction amid the return of volatility and risk aversion. In general, it is more likely that the jobs report leverages a significant risk and Dollar response with a disappointment versus an improvement. We discuss all of this and more in today's Trading Video. 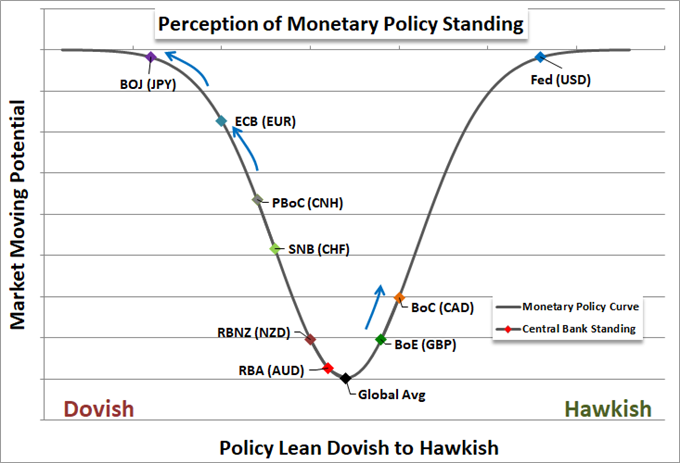 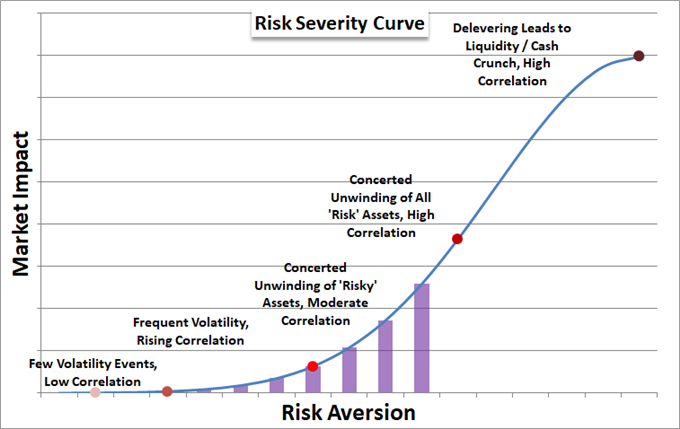