Assumptions of new normals can offer a false sense of security. 'Risk' measures have given traders a reason to check out from the closer scrutiny that pay their investments. What's more, the persistent build up in speculative exposure for benchmarks like the S&P 500, Dow, emerging markets and more has generated more than just a little sense of FOMO (fear of missing out). That creates a pressure of speculative capital inflow that follows already questionable speculation to in turn reward the risk taking and further a trend that is otherwise cloaked in skepticism. There has been no shortage of signals for speculative build up and ultimately complacency, but we pushed the envelope a little further to close out this past week. The S&P 500 led favored risk benchmarks to fresh record highs while the increasingly popular VIX volatility index dropped towards a record low just above 9. It is that latter measure that is particularly incredible to me. As an implied forecast for future activity and further measure of insurance cost, it is pricing in a virtually perfect outlook. From this indicator, we would assume that there will be extremely little volatility nor risk of speculative retreat over the next 30 days. Conditions have been quiet for long and markets have been remarkably steadfast; but is the best time to enter a market when it is unprecedentedly expensive and do we balk at insurance when there is everything to lose?

There are outperforming assets in this general entranced market, but some of the most exceptional performances are following either those assets with the highest promised yield or the most familiar. That said, the confidence is not evenly distributed across the financial system. It is that disparity in performance amongst those assets that have a connection to growth or should be more appealing in a healthy speculative environment that shapes my assessment. It can be difficult to revert to traditional evaluations of risk/reward when complacency and blind capital application has rewarded so many. Yet, that is perhaps the most important time to rely on strategy and honest analysis. As we move into November, we are looking at seasonal norms that have shown some of the best performance for the likes of the S&P 500 in the calendar year and statistical retreat in the VIX - though it obviously doesn't have much premium to shed. That said, there isn't much on the docket over the coming week that throws up a red flag for risk watchers.

The same is true for the Dollar. Compared to the heavy run of monetary policy-related event risk this past week (Federal Reserve rate decision, Presidential appointment of the FOMC's next Chair and October NFPs), the docket ahead looks to channel little of fundamental fuel that has proven productive over previous months. That said, the Greenback has a need to offer some level of resolve. The ICE Dollar Index has made virtually no progress following a high profile, bullish technical reversal a little more than a week ago. I have stuck with my first stage EUR/USD short so far despite the lack of progress, but I've evaluated options for a reversal in course via USD/JPY and NZD/USD should it falter. Looking further afield than the benchmarks, there has been some isolated volatility and there are some noteworthy events ahead. For remarkable movers, we had the Pound and Canadian Dollar responding to specific event risk (BoE hike and Canadian jobs) as well as the charge to new highs for US oil and Bitcoin. Ahead, a far-lighter docket should not lead us to discount potential in events like Australian and New Zealand rate decisions for underpriced potential. We discuss the markets and where the potential lies ahead in this weekend Trading Video. 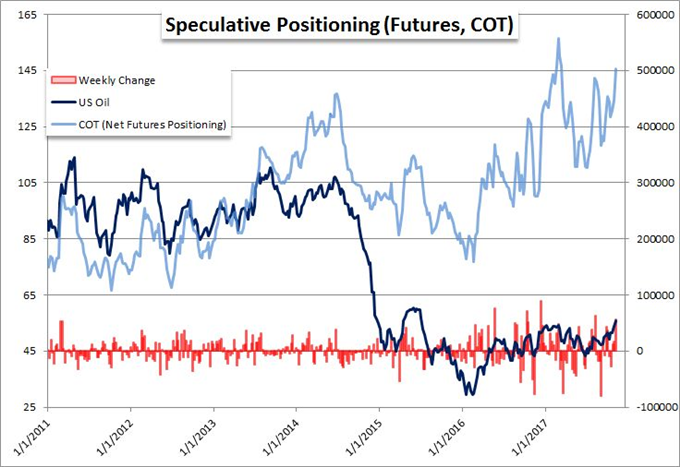 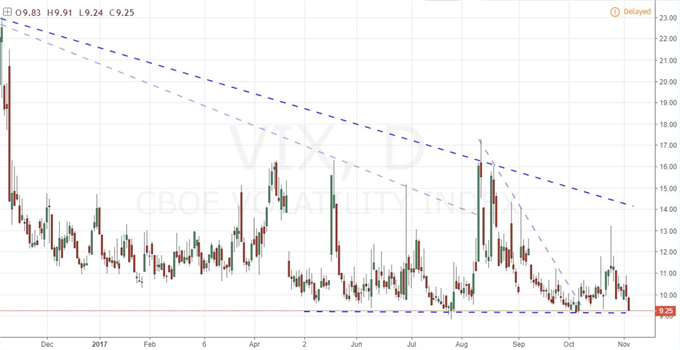 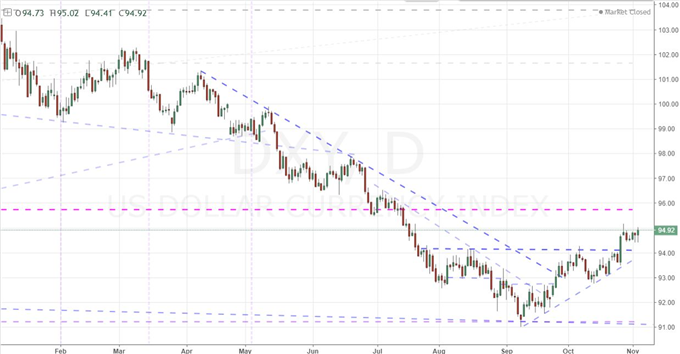