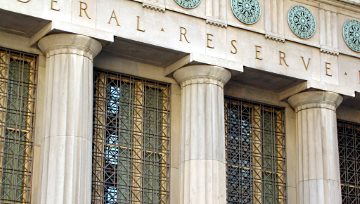 The Federal Reserve has once again pushed back against speculative skepticism surrounding their monetary policy bearings. And, that persistence is not only likely to charge a rebound in the Dollar; it may prove the backdrop change that ultimately proves the undoing to years of speculative reach and complacency. In the US central bank's multi-faceted policy announcement this past session, it offered up an unmistakably hawkish intention. While they did not move rates higher for the fifth time this cycle at this particular meeting (as was heavily expected by the market), their forecast maintained a belief that the third hike of 2017 was still due in either one of the two final meetings this year (November 1st or December 13th). The market had assigned less than a 50 percent chance that another hike would be realized - I was even more dubious - but that forecast rose to two-thirds after the event.

Expecting the Fed Funds range to rise to 1.375 percent by year's end would only extend the Greenback's tangible return advantage over the field that is still populated by near-zero rates from Japan and negative rates for the Eurozone. The Dollar's slide through the year is not fully unreasonable as the market has spilled some of the advantage conferred to the Greenback for being the only major policy group that is actually offering the hope of higher yields to chase into the future. Now, other central banks like the BoC are actually increasing and others like the BoE are expected to move soon. Yet, that easing of value has gone to the extreme and seen the Euro leveraged to near record highs for net long speculative futures interest though it hasn't actually seen the steps to generate its own yield advantage much less other more core fundamental value. The Dollar can revive its bullish appeal on this development, but no pair looks more appealing than EURUSD for this view.

The other meaningful change in the Fed's policy mix - the beginning to a slow unwind of the group's massive balance sheet - will carry weight with the Dollar and its perceived policy standing. Yet, this particular development carries much more potential in its alteration to the wide reach for risk exposure over the years. A vast buildup of speculative exposure is the forced byproduct of extremely accommodative monetary policy, while the moderation of stimulus and eventual reversal can act as a receding tide that leaves traders beached. The S&P 500 initially reacted with this reflection of risk aversion, but reality didn't fully dawn as the index ended the day with yet another record high while the VIX slipped below 10. This downshift in accommodation will undermine conditions for speculation moving forward - making the market's sensitive to disruptive catalysts even if it doesn't prove the critical spark itself.

Outside the Dollar and risk, there is an array of event risk scheduled for the upcoming 48 hours. Monetary policy will be a general them to track. Updates from leaders of the Bank of Japan, Reserve Bank of Australia and the European Central Bank are due over the coming session. Given the environment, traders should keep close track of the Yen, Aussie Dollar and Euro's response to important remarks. Meanwhile, the data on the docket will reach further and hit upon specific currencies like the Kiwi (New Zealand GDP), British Pound (speculation ahead of UK Prime Minister May's speech Friday) and others. We evaluate the critical developments of the past 24 hours, the known event risk ahead and the shifting sands of global sentiment in today's Trading Video. 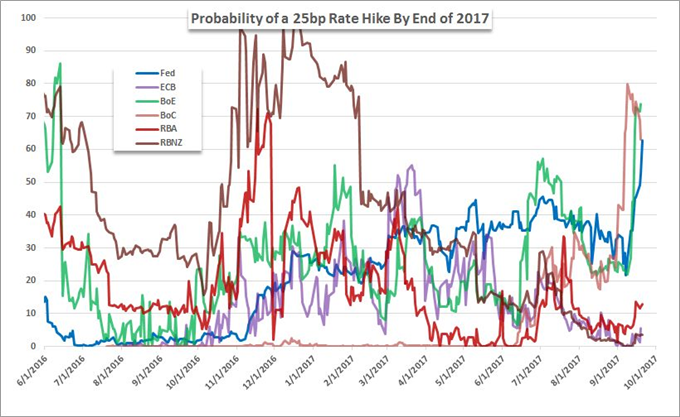 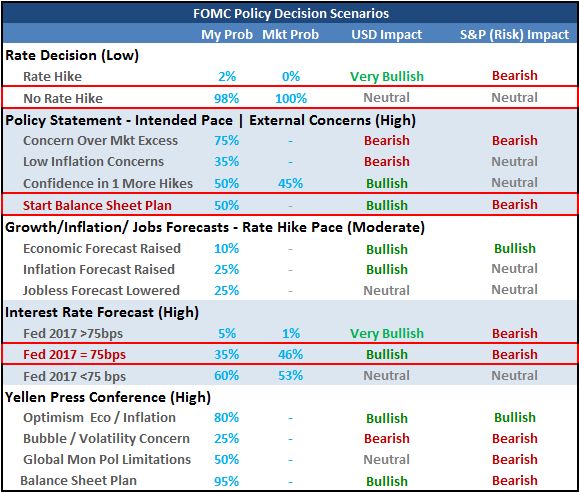 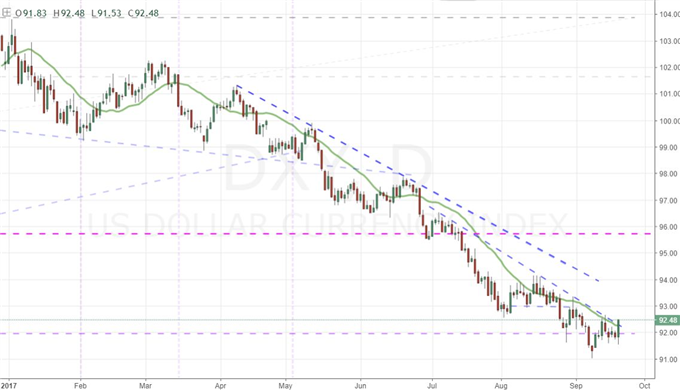