What makes for a 'good' trader? Strategy is important but there are many ways we can analyze to good trades. The most important factors are our own psychology. Download the DailyFX Building Confidence in Trading and Traits of Successful Traders guides to learn how to set your course from the beginning.

This past week ended with far more volatility than expected, but still little resolution for those looking for clues for the next leg of a significant trend. And, there are so many trends that have yet to be decided: the Dollar's break or reversal; whether the S&P 500 renews global equities push to record highs; the VIX volatility index's return to 10; and more. For event risk to close out this week, the US labor data was good for a last jolt of volatility - though it offered little clarity even for the short-term traders looking to scalp a move in the dying liquidity of the week. The monthly change in payrolls (NFPs) was a smaller than addition than expected at 156,000 but a notable extension of a remarkable trend. The same assessment can be applied to an uptick in the jobless rate from a near decade low while average hourly earnings held in inflation-adding territory at 2.5 percent. The S&P 500 reacted to the economic reinforcement (with limited hawkish capacity for the Fed) by extending its four-day rally, but fell just short of its record high. The Dollar meanwhile experienced intraday volatility without either breaking recent bearish momentum or sliding below its two-and-a-half year low.

Looking forward, there is a considerable amount of event risk that can again prod the market back to life. However, the most critical feature of the immediate horizon in liquidity. We are passing out of the 'Summer Doldrums' and into what is historically the most active period of the trading year. The US Labor Day holiday traditionally represents the turning point for participation and volatility. So, while Monday will be drained due to the US markets being offline, history shows us that September is a peak month (along with October) for the VIX volatility index. Further, seasonal studies show that September is the S&P 500's (a favored benchmark for risk trends of mine) worst month for performance - and indeed the only average negative month - going back to 1980. Volume and volatility come hand-in-hand, which poses a serious risk for a market so steeped in complacency and saddled with such extreme exposure to risk assets. Seeing the liquidity waters rising only provides for the potential. To put the spark to this bonfire, we need a catalyst. Political troubles, fallout from protectionism, collective and competitive monetary policy, and the tide of sentiment itself can all take responsibility for our bearings if properly provoked.

For most of the big-ticket themes, there is limited scheduling to follow the path forward. For monetary policy, however, there is not only plenty of fodder; there are currencies carrying exceptional exposure. Arguably the most depressed currency in the medium-term is the US Dollar - and rightfully so. The Greenback was lifted on the backs of speculators projecting a general turn in global monetary policy that would usher in higher market returns, and the Fed looked to make the currency the first mover. Yet, there may still be more premium to lose, but it is less likely to bleed off from the US central bank's efforts and instead leach away because of the progress of its major counterparts. On that front, we have three important rate decisions on the docket moving forward. The ECB is by far the most important of the policy meetings on tap. Though sporting one of the most dovish policies among the major central banks, the Euro has traded places with the Dollar to become the strongest currency of 2017. The European authority has let it leak that they are growing concerned with the height of the currency, and this is their opportunity to do something about it - even if just a more official effort to 'jawbone.'

For the BoC rate decision on Wednesday, the Canadian currency has seen more aggressive but recent gains afer the central bank hiked rates. The market is pricing in approximately a 50-50 chance the group hikes again this week, so there is potential for surprise regardless of the outcome. Finally, the RBA may not carry the weight of the hawkish world like the ECB nor have already moved like the BoC, but it is critical for defining yield appeal for carry trades in extremely low rate markets. Expect monetary policy to play a considerable role in fundamental drive over the coming week; but be open to surprise and especially volatility and participation levels. 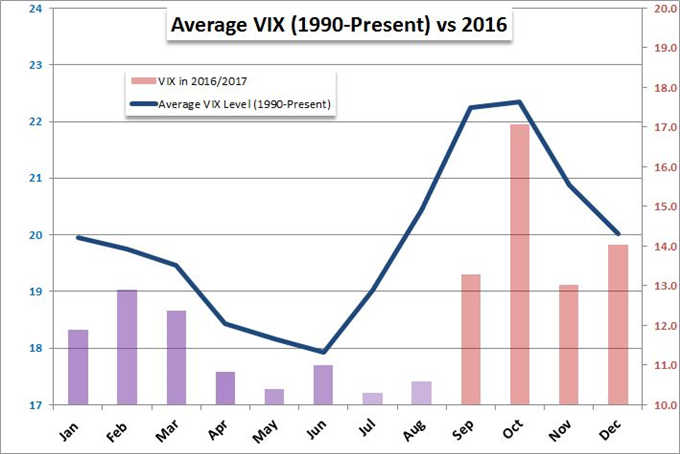 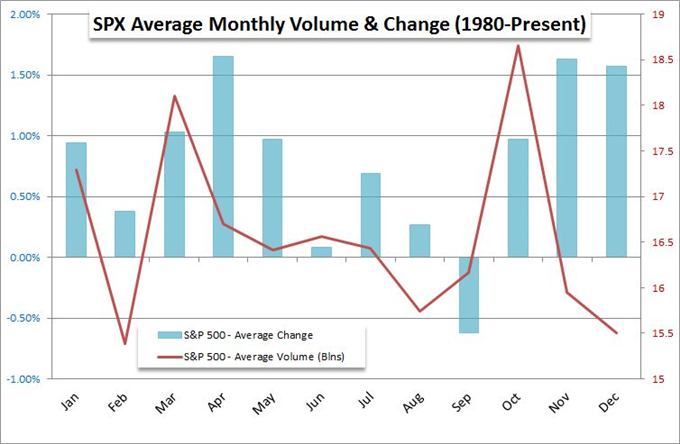 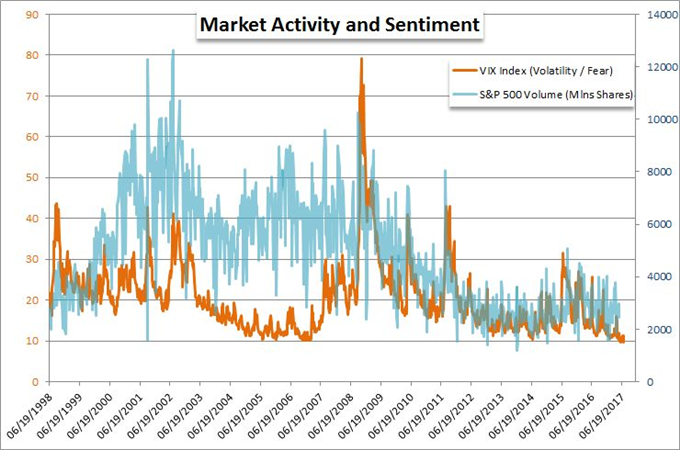