Friday appeared set for a continuation of risk-sentiment carnage. There was further weakness in risk assets that were a continuation from Thursday’s selling, and USD/JPY was trading near 2017 lows as Gold traded at the highest levels since the night/ morning that the US announced Donald Trump had one the Presidential Election. However, the afternoon saw those trends rescind and what began as a risk off day saw specific markets show risk sentiment rebound.

A key bounce was seen in crude oil, equities, and EUR/JPY a classic harbinger of market risk sentiment. Around the same time that the bounce happened, before noon in NY trading on Friday, there were reports from Axiom that Trump’s strategist; Steven Bannon was on watch for being removed from his post. Later in the trading session, this was confirmed by the New York Times with the headline that Trump told aides he has decided to remove Bannon. The headline was said to help cool risk-off sentiment in markets and reduce the previously held uncertainty that President Trump would possibly lose his National Economic Council Chairman and the front runner to challenge Janet Yellen for the Fed Chair in 2018, Gary Cohn.

However, the wide spread measure of the risk rebound makes it difficult to say the bounce was due to that one event. Regardless, we see the risk off moves such as gold price above $1,300 and USD/JPY near the 2017 low fading. Additionally, a strong bounce in Crude Oil may show short positions were uncomfortable holding a bearish view until clarity surfaced next week.

Outside the US Whitehouse, there are key themes worth watching that are less volatile than the public’s view on the efficacy of the current US administration. Namely, GBP weakness continues to be a persistent theme, as was seen by the third weekly decline as UK data underwhelms and Westminster looks to hold drama similar to that of Washington DC. This week, GBP/JPY was violently pushed around on risk-off sentiment as EUR/GBP pushed steadily higher and looks set test the highs from October’s flash crash extreme. Additionally, a steady rise in Canadian Core CPI helped push GBP/CAD to its lowest levels since January.

Another key theme has been the steady momentum in base metals. While attention on Friday was on Gold working to close the week above $1,300, which now seems unlikely, the steady train higher of base metals remains the key theme and play in the commodity space. Through the week, Zinc stockpiles at London Metal Exchange warehouses were at the lowest levels since 2008 while Copper and Aluminum prices touched three-years and Iron Ore is mirroring its previous push higher when it traded at 89.50 in March. While FX volatility surrounding USD, GBP, & JPY is expected to continue, such developments in base metals may continue to support commodity FX as well as EMFX, which tends to be a proxy for global demand. 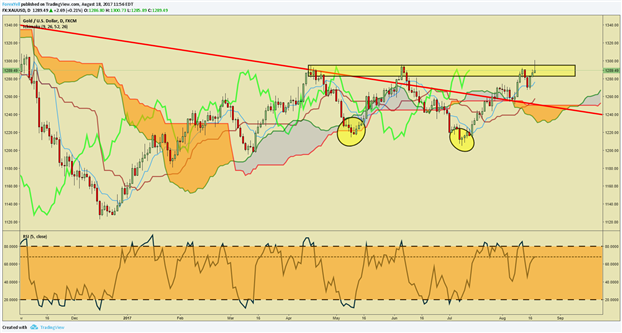 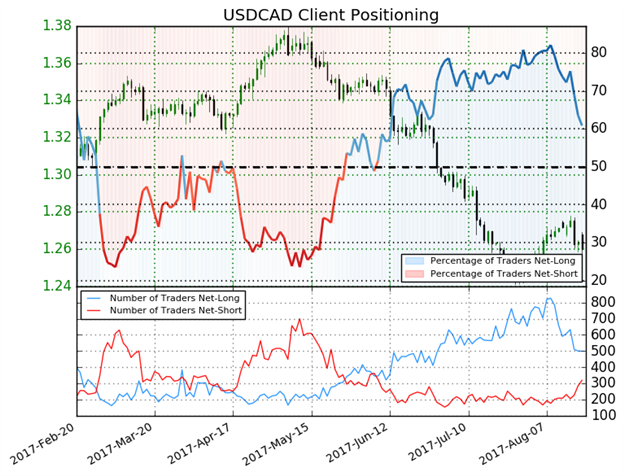 We typically take a contrarian view to crowd sentiment, and the fact traders are net-long suggests USDCAD prices may continue to fall. Positioning is more net-long than yesterday but less net-long from last week. The combination of current sentiment and recent changes gives us a further mixed USDCAD trading bias (emphasis added).