Want to watch analysis of events as they happen, develop your trading strategy or ask analysts trading questions? See what live events are scheduled for the coming week on the DailyFX Webinar Calendar.

This past week ended very differently than how it began. The gap lower Monday for both US equity index benchmarks and the Dollar Index represented not just a remarkable drive - it posted what seemed to be critical break of support. Yet, on both accounts, a strong reversal proved those technically ambitious developments out of sync and further resulted in considerable reversal back into broad range. The primary driver behind the initial break and subsequent reversal were the same: the rise and fall of political risk - particularly in the US. In both cases, the rebound has disarmed the most promising speculative developments we have seen in sometime. While we should remain vigilant for systemic changes to speculative motivation, measured moves remain the reasonable trading approach.

In establishing what will motivate the market, we separate the scheduled event risk from underlying themes. There is plenty of data, meetings and announcements scheduled for release through the coming week. With a significant enough surprise, such events can generate serious volatility. Yet, its lasting influence depends on what deeper fundamental channel the update reaches. There was enough charge this past week to trigger monetary policy should it have been capable of hitting breakout velocity. Fed speak, the PCE deflator and consumer sentiment collectively helped to bolster FOMC rate expectations. Meanwhile, early speculation of the ECB's slow turn from exceptional QE to discussion of rate hikes and stimulus roll off waxed and waned. Will March NFPs, ECB minutes, BoE Governor Carney views and the RBA rate decision this week offer deeper traction? Perhaps, but it will be difficult.

True burn will likely follow one of the only systemic motivations behind the financial system: risk appetite. Given the consistency of complacency, it is clear something significant would be need to set the pendulum swinging back in the other direction. The most productive motivation these past months remains the rising trade friction between global powers. US President Donald Trump this past week signed two executive orders (EO) aimed at cracking down on perceived trade abuses. What determines these unfair conditions and the retaliation to follow remain to be seen. Yet, with growth running at a moderate pace and tensions already flaring up between countries; these types of moves can cause serious fissures in the global financial system. With the S&P 500 closing out a sixth consecutive quarterly advance Monday (the third longest run in its history) and the VIX outpacing the summer 2014 lull, the power of complacency is strong. Don't succumb to the appeal to throw caution to the wind however. We discuss what the coming week, month and quarter hold for the markets in this weekend Trading Video. 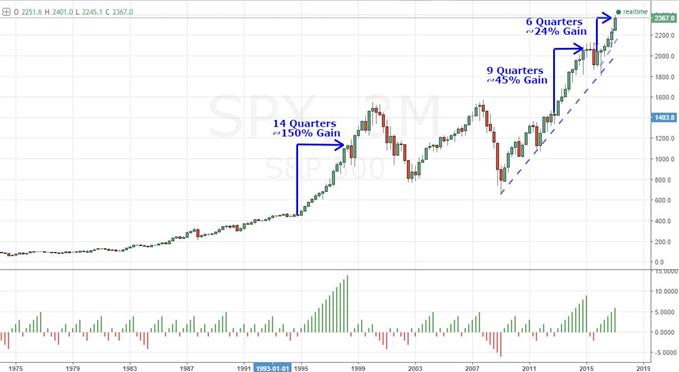 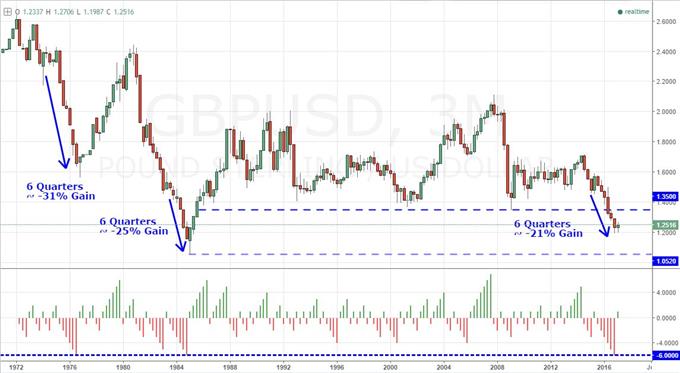