As noted in previous reports, the New Zealand Dollar’s 24% surge from the lows of March may prove to be the start of a prolonged period of strength against its US Dollar counterpart, as the break above long-term trend resistance hints a cyclical upturn is afoot. 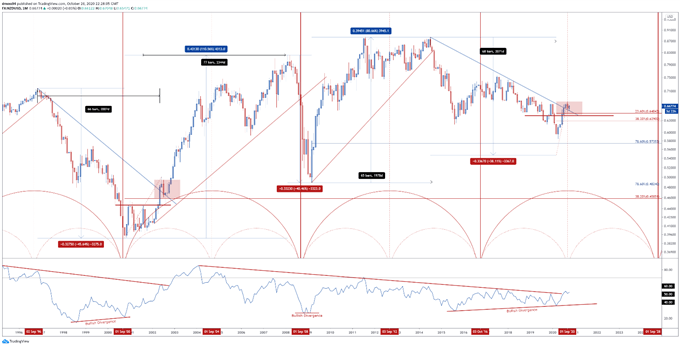 The chart above highlights the cyclical nature seen in NZD/USD rates over the past 26 years, with the currency pair largely adhering to what appears to be an 8-year rotation. It has set significant bottoms in late 2000, early 2009 and mid-2015.

Bullish RSI divergence in late 2000 seemed to signal the end of the New Zealand Dollar’s five-year decline from the November 1996 high (0.7147) and triggered a shift in overall market sentiment, as price surged over 110% to eventually peak in February 2009 (0.8214).

In fact, recent price action looks strikingly similar to that seen early in the bullish cycle ignited in October 2000 and could be indicative of further upside for NZD/USD, if price remains constructively positioned above the downtrend extending from the 2014 high and key support at the 23.6% Fibonacci (0.6484).

Therefore, the risk-sensitive currency appears poised to significantly extend its 24% surge from the March nadir, with cycle analysis suggesting NZD/USD rates may rise as much as 50% from current levels to eventually peak in mid-2026.

Of course, this is hardly a given when taking into account the uncertain global economic outlook and the ultra-dovish stance of the Reserve Bank of New Zealand.

Nevertheless, traders should continue to monitor long-term developments, as a monthly close above the September high (0.6798) could generate an extended topside push towards the 2017 high (0.7558). 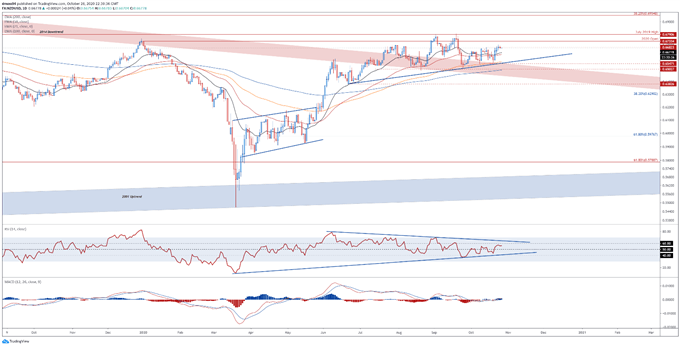 Jumping into a daily chart reinforces the bullish outlook depicted on the monthly timeframe, as price continues to track above all four moving averages and eyes a push to test the yearly high (0.6798).

The development of the RSI and MACD indicator are indicative of swelling bullish momentum and may ultimately trigger a resumption of the primary uptrend, if NZD/USD can overcome psychological resistance at the 0.6700 mark.

With that in mind, further gains appear in the offing if support at the trend-defining 50-DMA (0.6623) remains intact, with a break above the yearly open (0.6733) bringing key resistance at the September high (0.6798) into focus. 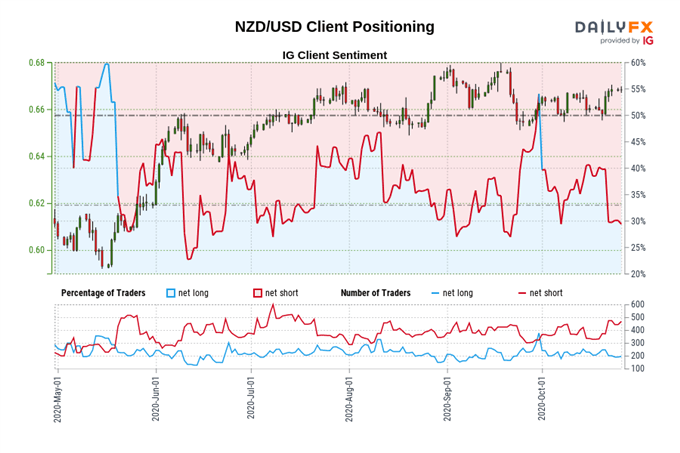