S&P 500 and Dow Jones May Fall, Will Retail Investors Chase the Bottom?

In this week’s webinar on IG Client Sentiment (IGCS), I discussed the outlook for the S&P 500 and Dow Jones. IGCS is a contrarian indicator. For a deeper dive into what this means and for fundamental analysis, check out the recording of the session above where I also outlined the road ahead for crude oil prices starting around the 25-minute mark.

Learn using IGCS in your own trading strategy
What Do Other Traders' Buy/Sell Bets Say About Price Trends?
Register for webinar
Join now
Webinar has ended

The IGCS gauge implies that roughly 41% of retail traders are net long the S&P 500. Upside exposure has decreased by 7.89% over a daily basis while downside exposure increased 9.30% over the same period. The combination of current sentiment and recent changes offers a further mixedtrading bias. 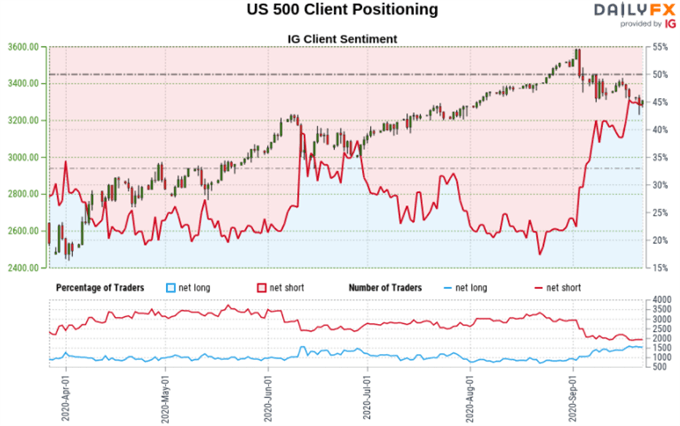 From a technical standpoint, S&P 500 futures could be at risk to a deeper turn lower. This follows the formation of a bearish ‘Death Cross’ after the 20-day Simple Moving Average (SMA) crossed under the 50-Day SMA. That has placed the focus on the 3231 – 3213 inflection zone below as key support. 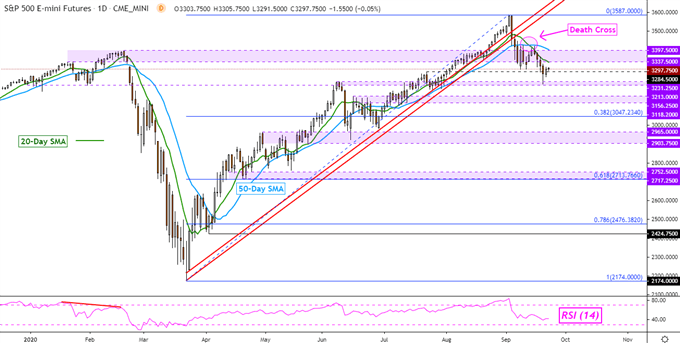 The IGCS gauge implies that retail investors are about 49% net long the Dow Jones. Upside exposure has decreased by about 12 percent over a daily basis while downside bets have increased roughly 14% in the same time frame. The combination of current sentiment and recent changes offers a further mixed trading bias.

Recommended by Daniel Dubrovsky
How can trader positioning influence price trends?
Get My Guide 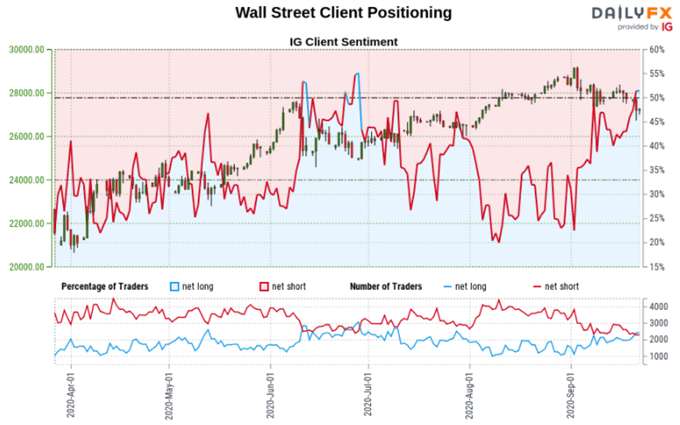 Dow Jones futures may be at risk of further losses following the confirmation and breakout of a bearish Head and Shoulders chart pattern. This is also in tandem with a Death Cross between the 20-day and 50-day SMAs. Key support sits below as the 26494 – 26193 inflection zone followed by 25293. 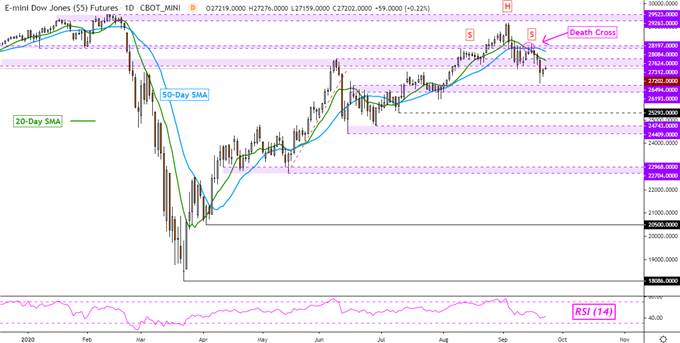