The Malaysian Ringgit lost ground to the US Dollar over the past five trading days. This followed the formation of a Falling Wedge bullish reversal pattern, as anticipated. USD/MYR has since broken above the ceiling of the candlestick pattern, pushing towards near-term resistance just under 4.0950. While the pair may reach this target in the short-run, it is unclear if prices may push above it at this point. Turning lower has 4.0550 eyed as support in the medium-term. 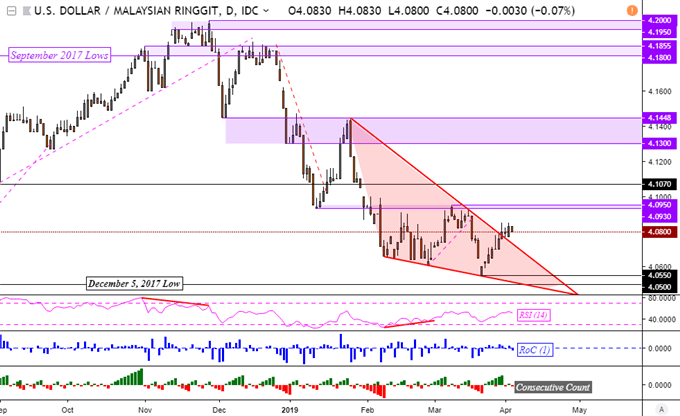 Meanwhile, USD/SGD was little changed after prices were unable to push above the well-defined falling trend line from November. In the medium-term, the Singapore Dollar has been trading in a range between 1.36155 and 1.34439. After prices bounced at support in late March, it seemed that the next path would have entailed testing resistance again. This has been proven to be difficult. In the near-term USD/SGD fell under a rising support line from late March, perhaps signaling that the floor of consolidation may be tested next. 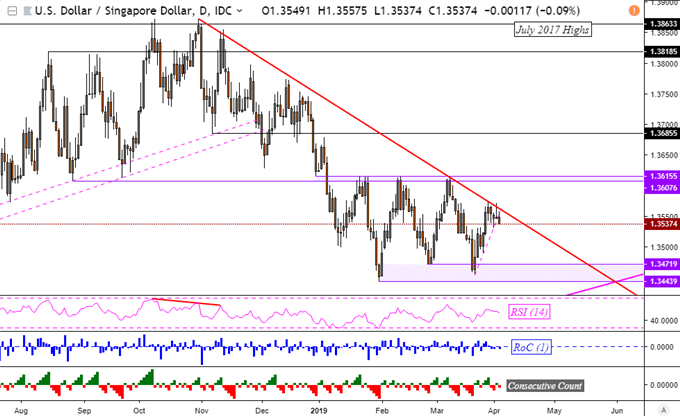 USD/PHP could be also readying to turn lower in the days ahead. The Philippine Peso took out a rising trend line from March, opening the door to testing support at 52.12 next. If cleared, the pair may then aim for a psychological barrier between 51.59 and 51.69 thereafter. Meanwhile, resistance seems to be at 52.55 followed by a falling trend line from the middle of March. For timely updates on ASEAN FX, follow me on Twitter here @ddubrovskyFX. 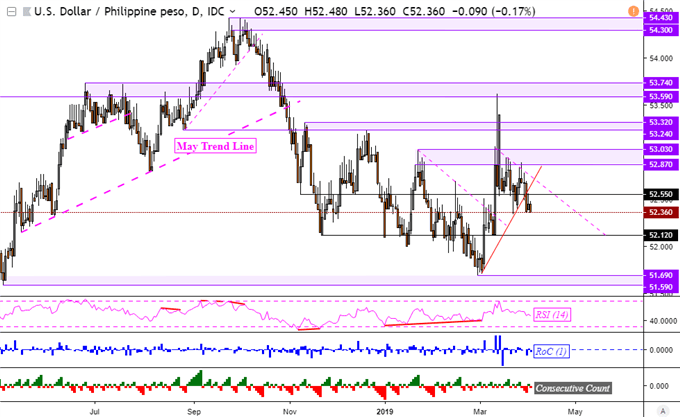 As for the Indonesian Rupiah, the currency is wedged between a falling resistance line from December and a rising trend line from February. As such, USD/IDR may consolidate ahead. However, it is quickly running out of room in its oscillation. A breakout to the downside exposes support at 14089. On the flip side, rising entails facing a range of resistance between 14340 and 14396. 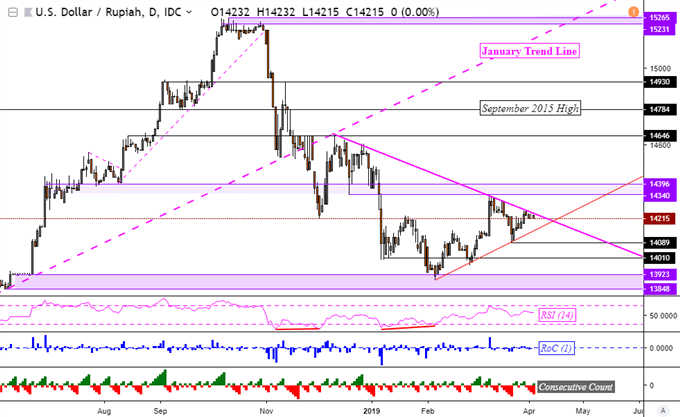