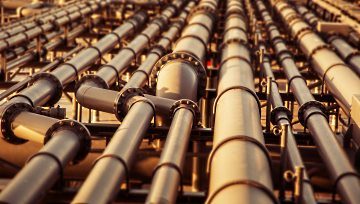 Crude Oil Price Forecast: A Tighter Range that May Not Hold for Long

Crude Oil Builds into Range After a Trendy Nine-Month Stretch

After an aggressive nine-month outlay of trends in both directions, WTI crude oil prices have recently built in a range formation that’s held since early-August. Last year’s Q4 sell-off, on the back of a strong run of risk aversion, pushed WTI all the way down to the 42.50 level that’s helped to hold the lows for the past three years; but a stark change-of-pace developed around the 2019 open that saw Oil prices claw back 70% of that prior sell-off.

But in late-April, bears came back and took control for the next six weeks, bringing prices back down to the 50.00 level.

That level around the 50-handle has now held support on two separate occasions in 2019, first in June and then again in early-August. The third test at that level may not be as supportive but, for now, prices are caught in an even tighter range that’s developed over the past few weeks, which has been governed fairly well by a Fibonacci retracement produced by the April-June sell-off. Resistance has remained around the 38.2% retracement while support has held around the 14.4% marker.

This week’s resistance got an assist from a bearish trend-line produced by connecting swing-highs in April and July, highlight an area of confluent resistance that continued to hold the near-term highs in wti crude oil prices.

For next week the technical forecast for crude oil will be set to bearish. Initially, the short-side of the range appears as attractive, looking for a hold of this confluent resistance to bring on another test of the 53-handle.

More interesting, however, is the potential for the third test of that level to yield to a third test of the longer-term support around the 50-handle, specifically around 50.50.

Should that come into play, a bigger-picture scenario becomes of interest, looking for a longer-term re-test of the three-year-lows that show around the 42.50 psychological level, the same zone that helped to arrest the Q4 decline ahead of the Q1 ramp.