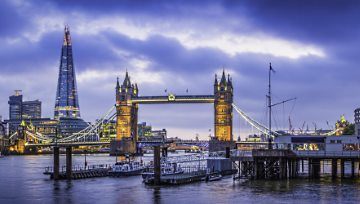 GBPUSD Heads Back Down After Last Week’s Support Bounce

Sellers came back into Cable this week, helping to not only erase the entirety of last week’s gains but to push prices back-down towards the prior May lows. To be sure, these dynamics likely have a strong relationship with recent themes in the US Dollar; as last week’s aggressive sell-off in USD was retraced this week after the currency ran into a big area of support on the chart.

In GBPUSD, that bounce from last week could be compared to other major pairs in the effort of gauging future potential. As looked at on Tuesday, the bounce in Cable was milder than what was seen elsewhere in pairs like EURUSD, alluding to the fact that GBP continues to show a lack of significant strength, even in a backdrop in which the US Dollar is getting hammered by falling rate expectations.

The primary obstacle around GBPUSD at the moment is next week’s economic calendar combined with a cloudier backdrop around the US Dollar. The USD has already clawed back a portion of last week’s losses, and next week’s FOMC rate decision will likely keep the currency in the spotlight. Given the fact that the Bank of England hosts a rate decision less than 24 hours later, and this may not be the best time to start a directional strategy on the pair. Put simply, greener pastures may be available elsewhere depending on which direction a trader wants to take the British Pound; specifically in pairs such as GBPJPY or GBPCHF which I look at below.

For short-side GBP strategies, GBPJPY can remain of interest. The pair similarly bounced last week from a key zone of support. But this week’s price action was a bit more telling given the build of a bearish engulfing pattern on the weekly chart. Such a formation will often be looked at for directional continuation, in this case pointing-lower; and this can keep the door open for bearish strategies in the pair. Short-side target potential could be sought around the 135.42 Fibonacci level, the 135.00 psychological level and then the 133.70 area, which is confluent between a bullish trend-line and the 88.6% retracement of the 2019 major move in the pair.

If a trader wants to buy a currency of questionable strength, it’s probably best to try to match that up with a weaker currency. In FX-land at the moment, a couple of currencies that could be picked on are the Australian and New Zealand Dollars. For next week, I’ve chosen GBPAUD as the pair retains some more attractive bullish qualities from longer-term perspectives.

This week has seen the build of a morning star formation in GBPAUD, punctuated by last week’s Doji at Fibonacci support and this week’s bullish move that retraced at least half of the previous week’s sell-off. The fact that this formation built in the spot that it did is what keeps bullish aspirations alive in the pair. This was the same support level that had helped to arrest the declines in April, and this price now marks the three-month-low in the pair. Top-side target potential could be sought out at the 1.8500 psychological level, the 1.8675 Fibonacci level, and/or the 1.8811 marker that currently constitutes the three-year-high in the pair.

Are you looking for longer-term analysis on the U.S. Dollar? Our DailyFX Forecasts have a section for each major currency, and we also offer a plethora of resources on Oil or USD-pairs such as EUR/USD, GBP/USD, USD/JPY, AUD/USD. Traders can also stay up with near-term positioning via our IG Client Sentiment Indicator.