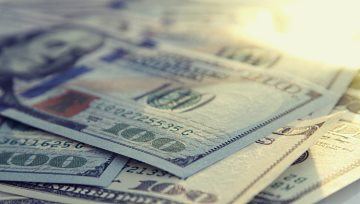 The DailyFX Q2EUR Forecast is available to download including our short- and medium-term look at the Australian Dollar.

The outlook for the Australian dollar (AUD) is neutral after recent heavy falls but further losses cannot be discounted, especially if the RBA surprises on Tuesday next week and cuts rates from their current level record low level of 1.50%. The markets are seeing this as a 50/50 call, leaving further downside likely if the central bank cuts its cash target rate.

On the daily chart, the 200-day moving average has capped any upside move and continues to suggest lower prices. The 0.7000 ‘big figure’ headline may be giving the pair some short-term support, but this is not enough when the charts look so weak, especially with important horizontal support area between 0.6815 and 0.6834 so close. The market looks oversold currently, but is not at its worst levels, which may give the pair some short-term support.

Break downs to multi-year lows are normally slightly drawn out affairs as bulls and bears fight to get dominance. It is unlikely – but not impossible – that another ‘spike low’ may occur but this will be accompanied by a major fundamental headline and will be visible and actionable. While the outlook for AUDUSD is neutral in the short-term – with a negative bias – looking ahead the only way that the pair recover will likely come from US dollar weakness, not Aussie dollar strength. Upside moves will be met by old support levels that have turned into resistance around 0.7050 ahead of this Tuesday’s high print at 0.7070. The 20- and 50-day moving averages around 0.7095 will provide another level of resistance. 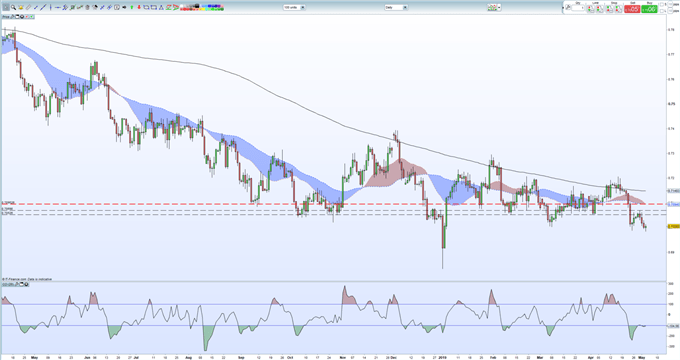