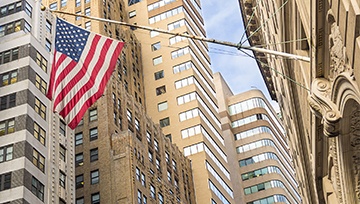 The transition from the ‘Summer Lull’ hasn’t immediately rendered the US Dollar with a decisive return to trend. In activity terms, the volume and open interest picture – where available – signals that this is more a reflection of market participants waiting on the sidelines rather than a balanced swell of bullish and bearish interests temporarily offsetting each other until one side capitulates to the prevailing trend. Futures volume behind the Dollar and EURUSD contracts is still notably thin. That said, open interest (which can be construed as ‘participation’) behind the former has continued to rise to its second highest level in 14 months just shy of the June 15 peak which was more likely a contract rollover factor.

In pure price terms, a lack of decisive conviction has helped solidify a more than two week range that fits the bigger picture of a ‘right shoulders’ on a larger head-and-shoulders pattern. Activity, however, remains fairly buoyant which suggests this slowly closing wedge pattern will eventually be forced into a break scenario. If it were a ‘break of necessity’ where the market simply had to choose a direction because it ran out of room, we could be chopping along for months. However, should volatility stay at current levels – much less increase – we are likely to see a break far sooner. With a steady supply of high profile fundamental event risk as well, it is highly likely that a technical break above 96 or below 94.50 comes in the next two weeks. 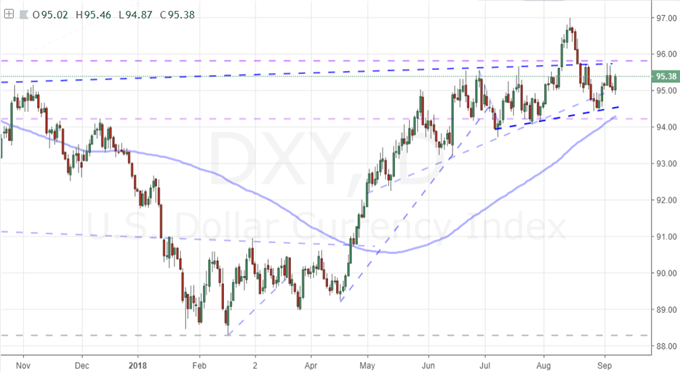 Looking just at the medium-term technical picture (daily with about a year worth of data for me), a positive break would seem the easier path to take considering it would recharge an existing trend and the previous breach above 96 cleared weakened the sanctity of a more critical technical confluence anchored by the mid-point to range established in the 2001 to 2008 bear wave. The alternative outcome in a break below 94.50/25 would be the more speculatively provocative. It would suggest reversal and trigger expectations befitting an H&S neckline break and slip back below the 100-day simple moving average (SMA). Of course, a simple break should not be immediately assumed a committed transition to trend. Fueling momentum in the majors, currency markets and financial system in general is proving particularly difficult given the environmental factors. 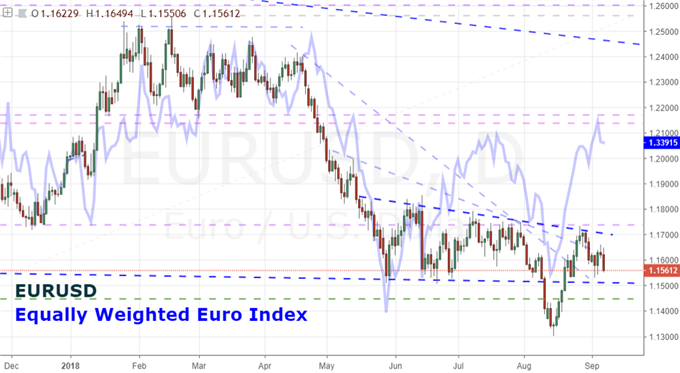 For Dollar bulls, one of the best technical cues could come from the Euro. While the Greenback is the most liquid currency in the FX market, its commitment has been seriously convoluted owing to factors like a trade war that has led to distortions in ‘normal’ capital flows. If there is a decisive move from one of the currency’s largest counterparts, it could help drive the Dollar itself through the liquidity leverage. This has proven a source of speculative charge numerous times over the past years – and even for significant trends. Considering EURUSD accounts for two-thirds of the FX transactions involved the Dollar, it stands to reason that the Euro can have significant indirect influence. That said, if we take a look at an equally-weighted Euro index (above in blue), we can see that the currency mounting a stronger recovery than EURUSD afforded over the past three weeks. This could be a pullback risk for a counterpart that in turn benefits the Dollar as a subsequent 1.1500 EURUSD break could afford knock on speculative momentum. 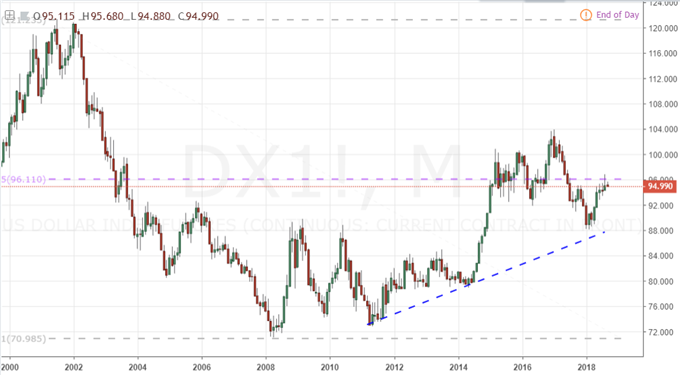 As we account for the general state of the Dollar, EURUSD and broader FX market (naturally struggling to promote a clear trend) and keep tabs on speculative sources for short-term moves, it is worth keeping in the back of our mind the longer-term perspective. Having looked at the monthly chart this past week, it is worth a quick revisit just to make sure we remain open to the reality that underlying conditions will inevitably change and so too will the conviction for the Greenback. Below 88, the DXY Dollar Index is looking at a possible head-and-shoulders reversal (we would be forming the right shoulder soon if that were the case). Extending the recovery of 2017’s slide would then take us to a much grander resistance at 104 that leads into the continuation in covering the 2001-2008 bear phase. Trade what’s in front us, plan for what’s ahead.