Currency Volatility for the Week Ahead - GBP/USD, AUD/USD, USD/CAD 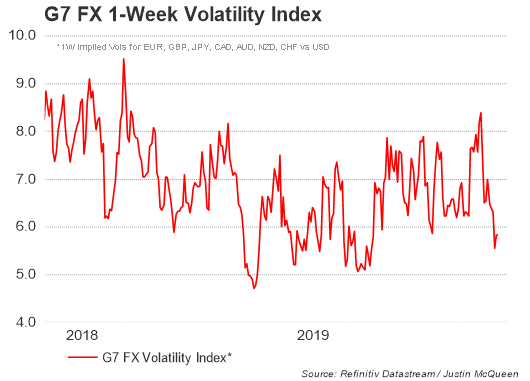 Implied volatility in major US Dollar pairs have seen a notable drop, suggesting that market participants are taking a wait and see approach as they await a clear signal from the political noise of Brexit and the US-China trade war. Consequently, in light of subdued volatility this could continue to incentivise risk taking, benefiting high beta currencies, in particular the AUD and NZD, in which the latter may be support through an unwind of short positions given that bearish sentiment in the currency is at extreme levels, according to CFTC data.

Key Events of the Week

GBPUSD options have continued to grind lower with the 1-month at 7.65. Much of this position unwind has stemmed from calmer Brexit newsflow after MPs backed Boris Johnson’s plan for a general election on December 12th. As such, implied vols have held firm in the 2 and 3-month tenors given that they cover the general election and January 31st scheduled Brexit date. As we head towards the general election the majority of opinion polls have shown the conservatives with a commanding lead ahead of the labour party, raising the possibility that Boris Johnson may gain a majority in parliament. However, we are of cognizant of the fact that polling data has been somewhat inaccurate in recent times (2015 and 2017 the most obvious examples. Nonetheless, investor sentiment around Sterling remains positive with risk reversals highlighting greater demand for GBP calls over puts.

Looking ahead to next week, much of the focus will center around the Bank of England Monetary Policy report, which is likely to see the central bank reiterate a slightly dovish bias amid the ongoing political uncertainty, potentially capping upside in the currency. 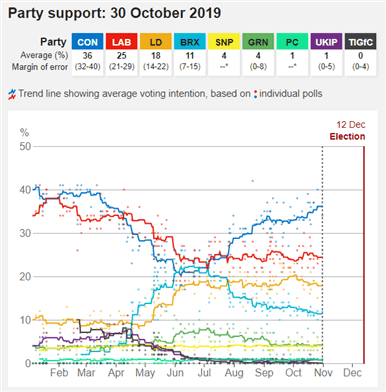 While the RBA is not expected to lower interest rates next week, the central bank is likely to stick with its dovish stance and keep the doors open to further easing. As such, much of the focus for the Aussie will be on external factors pertaining to risk appetite, particularly that of US-China trade war talks as both parties look to sign of the phase 1 agreement in mid-November. In regards to the broader outlook for the Australian Dollar, risk reversals trade with a negative skew, indicating that upside may be somewhat limited with the 200DMA ahead. 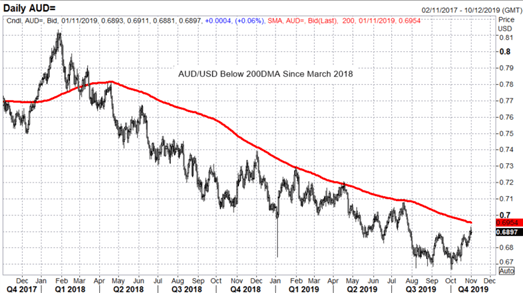 Implied volatility for the Canadian Dollar is muted with the 1-week vol at 4.75, while the 1-month tenor hovers near the 1-year low. However, in light of the BoC’s dovish pivot, implied vols may be back on the rise with the Loonie likely to become more data dependent. Money market pricing for a rate cut soared after the BoC’s MPR with a rate cut fully priced in for September 2020, up from 8bps of easing being priced in previously. Although, with the CAD skew marginally negative, there is a risk that the currency may continue to edge lower given that there is further room for BoC easing to be priced in for early 2020. 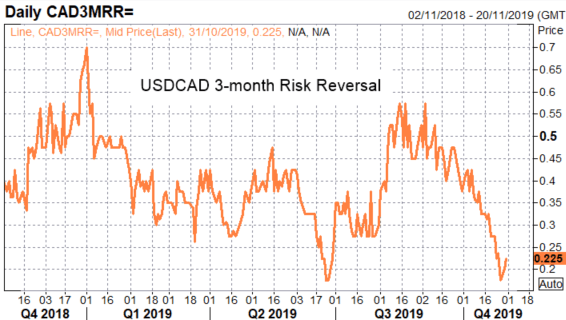 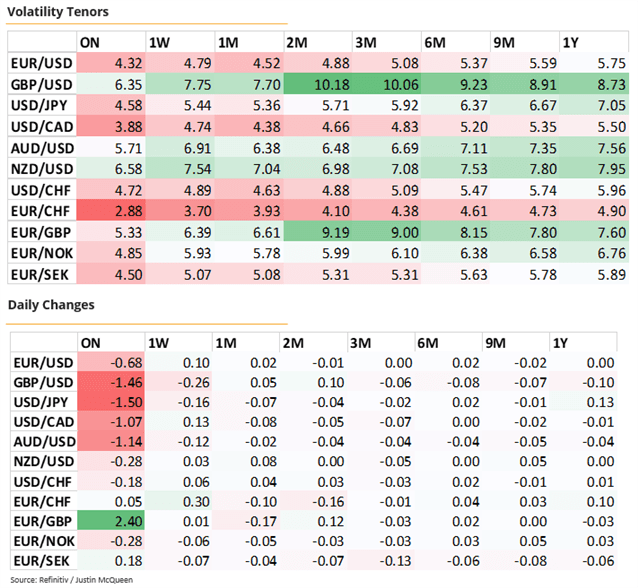 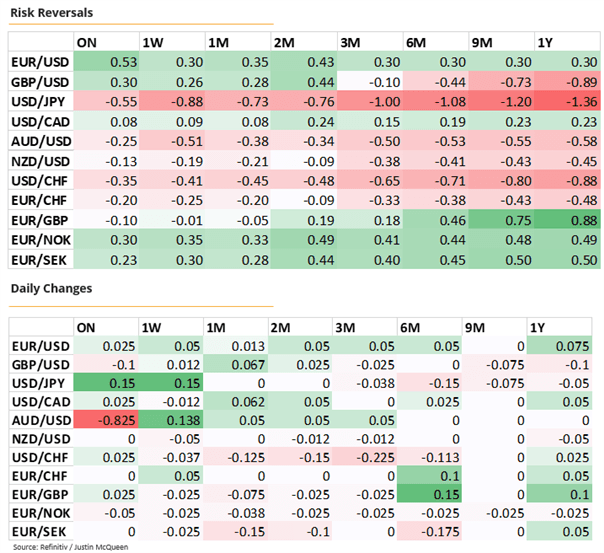