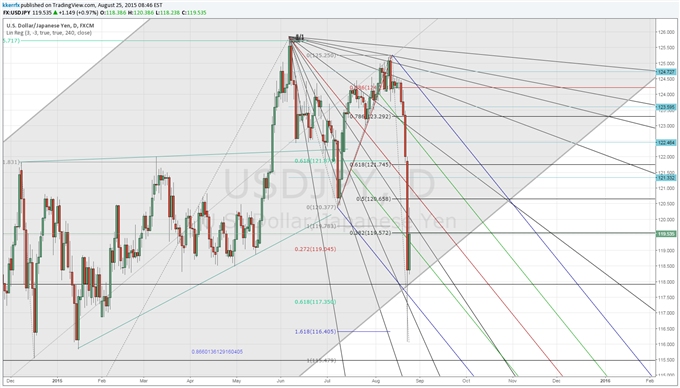 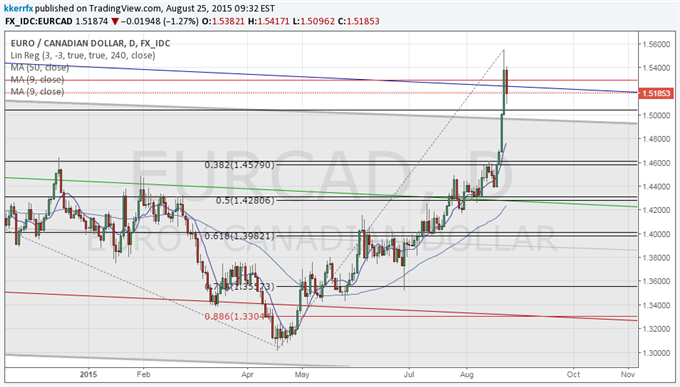 USD/CAD Strategy: Like holding only a reduced long position while over 1.5060. 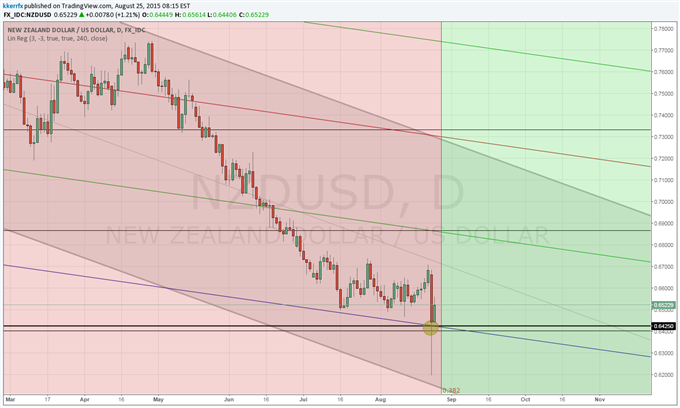 NZD/USD (like many other markets) seems to be at a key juncture. What makes kiwi particularly interesting is the timing this week as it marks a 38% retracement in time (0.382 being significant as it is 0.618 squared) of the distance between the August 2011 and the July 2014 highs. In the past we have been a bit dismissive of 38% time relationships and it has been to our detriment as some pretty key turns have occurred around this timing element. A notable example would be the reversal in EUR/USD in October 2006 as that occurred on a near perfect 38% time retracement of the 1985 Plaza Accord low (in the synthetic ECU) and the all-time traded low in the euro in October of 2000. Heading into this week we were thinking that the .6400 area in NZD/USD would be a natural attraction for the market as it is a clear confluence of Andrews, Gann and Fibonacci levels. Yesterday’s two big figure move below .6400 was clearly more than just an undercut of support from an intraday perspective, but interestingly the market came roaring back to finish the day just above this key price zone. Now the big question is - was that an important low? We are open to that possibility while .6400 continues to hold on a closing basis, but it would probably take a move through last week’s closing high to get us excited about the upside. Given the extreme volatility being witnessed at the moment, intraday probes below .6400 would not surprise, but a daily close below would raise the risk of a downside acceleration around this window.