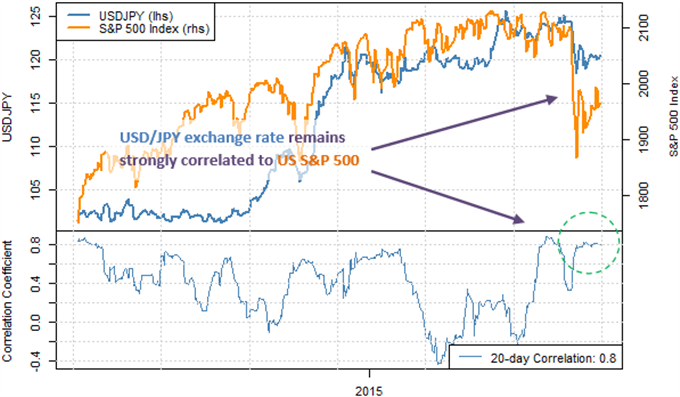 US Dollar Breakdown Could Coincide with Major S&P 500 Volatility

The correlation between the US Dollar/Japanese Yen exchange rate and the S&P 500 trades at multi-year highs. Here is why we think this is significant.

Recent volatility in the S&P 500 has coincided on a nearly tick-for-tick basis with moves in the USD/JPY, and indeed we see reason to believe that a breakdown in the USD would likely accompany a much-larger movement in global stock markets. Why?

Put simply, we see a strong link between which currencies have rallied in the past week versus overall speculative positioning. A closer look at the USD/JPY in particular shows that large speculators severely scaled back USD-longs amid sharp moves in the S&P 500. 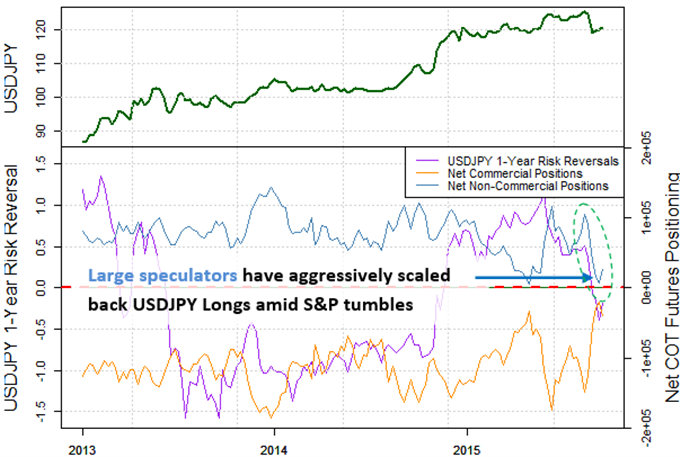 Similar episodes of financial market panic would likely lead to comparable moves in the US Dollar versus the Japanese Yen. This dynamic could prove especially significant given that the USD/JPY trades near pivotal volume and price-based congestion support.

USD/JPY Trades near Critical Support at the ¥119 Mark

Length of bar indicates the sum of Buy and Sell volume. 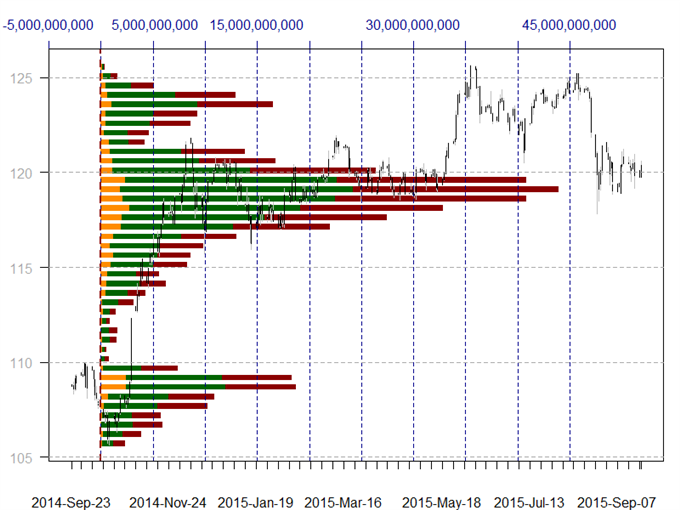 Last week we argued that the US Dollar could see a substantive shift in trend given that many major USD pairs traded near potentially pivotal technical levels. The strong correlation between the USD/JPY and S&P 500 and broader global equities suggests that a move in one could coincide with a similar shift in the other. Or in short: any sharp S&P 500 declines could point to a USD/JPY breakdown and vice-versa.

See the correlations update below to see other important links through the past month of price action. 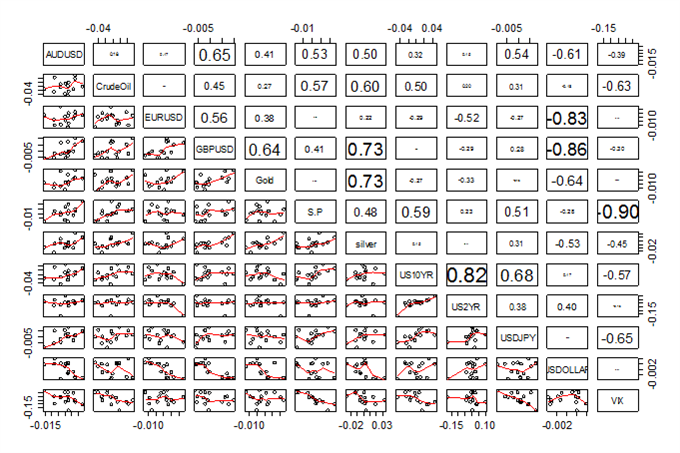