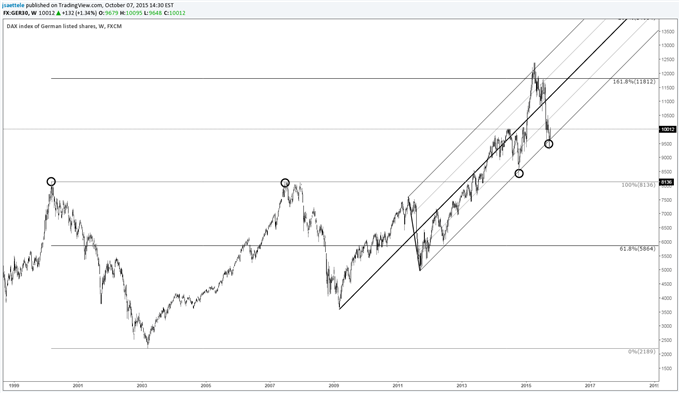 DAX and Support of Last Resort

The GER30 (DAX) has rebounded from a long term lower parallel (support of last resort). In fact, the correction low in October 2014 and recent bear market lows (8/24 and 9/29) were precisely identified by this lower parallel. Clearly, this line is important to the integrity of the bull move from the 2011 low. As such, a break below the line would indicate a major behavior change. If that happens, then the next magnet for the market is the 2000 and 2007 highs at 8136. A drop to 8136 would be a 34% decline from the April 2015 high; frightening to some but a drop to this level would constitute nothing more than a re-test of the long term breakout! 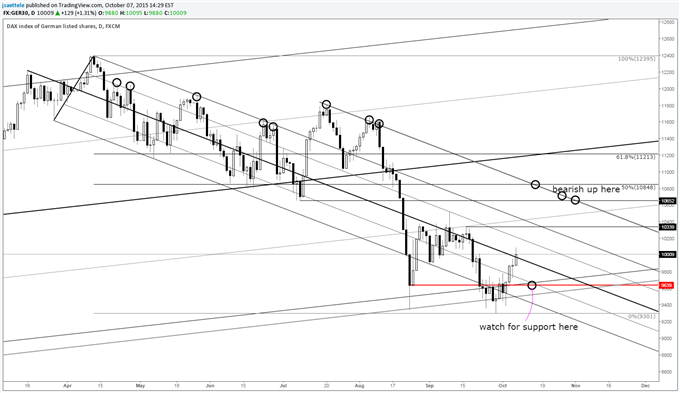 Look higher as long as price is above this long term support. Watch for support at 9639, which represents the 8/24 close. Remember 8/24? That was the day of the market wide ‘washout’ and closes from that day across most markets should be watched for support (if the market in question is above that level) and resistance (if the market in question is below that level). Be aware of possible failure in the 10652-10848 zone, especially during the last half of October (these levels intersect with bearish slope, also referred to as downtrend resistance, on 10/15 and 11/2).

Extreme bearishness that gripped the market last week necessitates a larger rally attempt from long term support. The rally should turn investors bullish near resistance on the daily, at which point traders should look for clues that the short side is viable again for another run at the support of last resort. By the way, the next big buying opportunity for EURUSD will probably be when the DAX is at resistance. 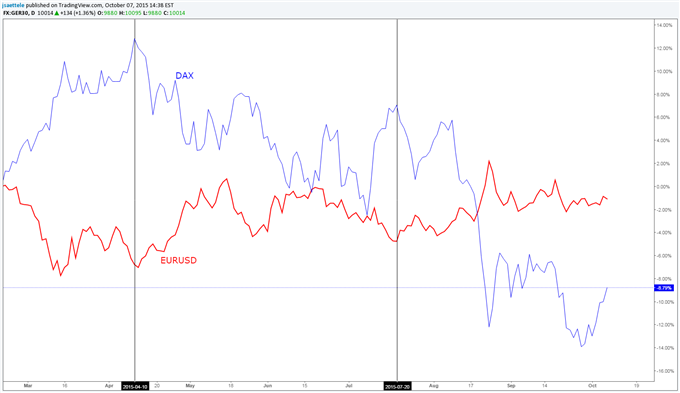 --Subscribe to Jamie Saettele's distribution list in order to receive a free report to your inbox several times a week.