In the week to April 21st, CFTC data highlights that speculators had been somewhat hesitant, given that positioning changes had been relatively muted. That said, investors had net sold the US Dollar by $168mln against G10 currencies (6th consecutive week of dollar selling), however, selling momentum appears to have moderated. While economies look to re-open, the soft macro backdrop remains (particularly over Europe), which in turn keeps the greenback with an upside bias. It is only when the global economy begins to recover can we expect to see a potential pullback in the US Dollar.

Non-commercials are net short on the Pound for the first time since December. Last week’s Brexit talks provided little signs of encouragement for GBP, with EU’s Barnier stating that progress had been disappointing. This provides us with a reminder that Brexit induced volatility will be back on the rise in the run-up to transition extension deadline (June 30th). As such, with markets yet to notably re-price Brexit risks, there is a potential for an increase in speculative bearish positioning, leaving the Pound vulnerable.

Across commodity currencies, bearish positioning had eased, largely led by short covering. CAD investors had seemingly ignored the technical selling in oil, which saw prices go negative for the first time on record.

Investors remain constructive on both the Japanese Yen and Swiss Franc. In recent weeks, dips in the Japanese Yen have been well supported. This had been apparent last week when source reports that the BoJ were to announce unlimited QE saw initial JPY weakness quickly faded. Upside in the Swiss Franc however, considers to face a significant hurdle against the Euro.

Elsewhere, positioning changes in the Euro were unchanged. Short covering had been the key reason behind the increase in net Euro longs over the past two months, however, as European sovereign risks re-emerge, there is a potential for outright Euro shorts to pick up once again and thus leave the Euro exposed to a sizeable drop. 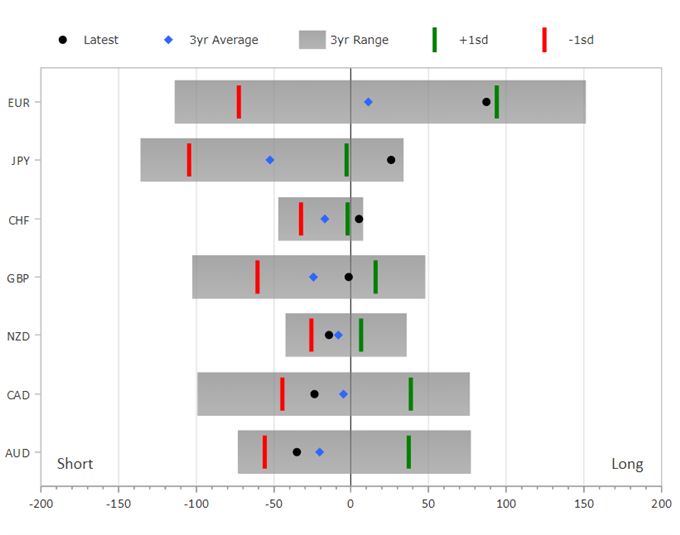 US Dollar | Bearish Momentum Slows Down 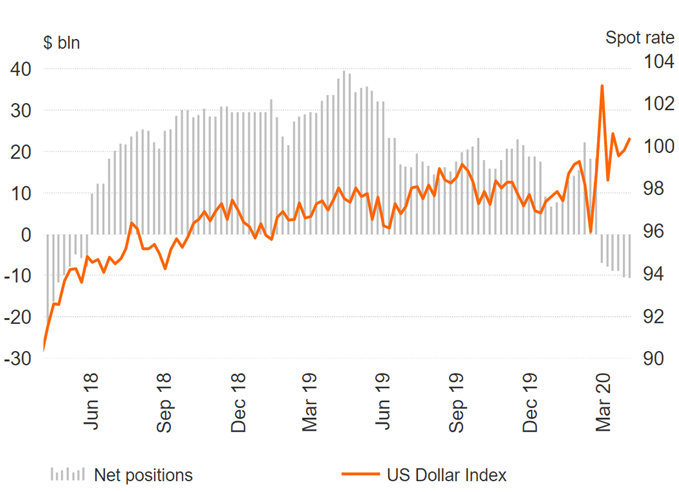 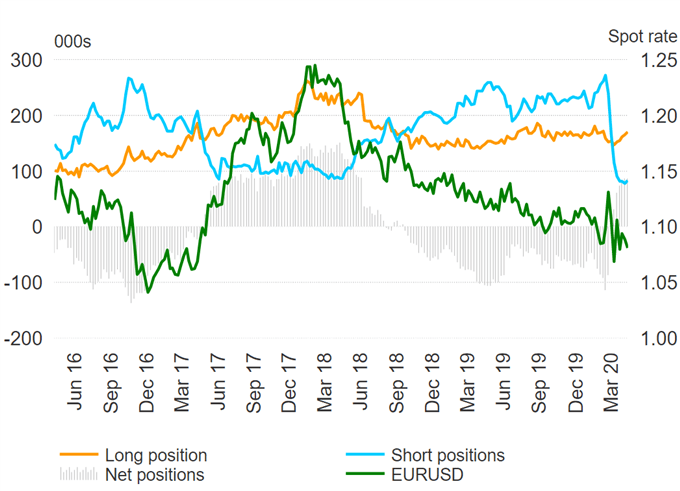 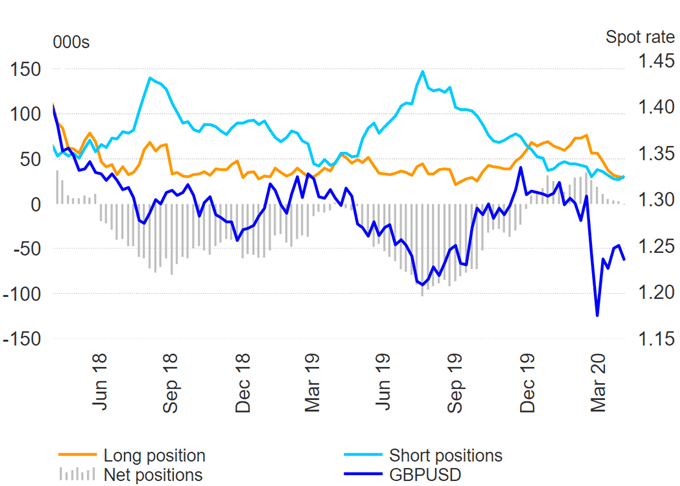 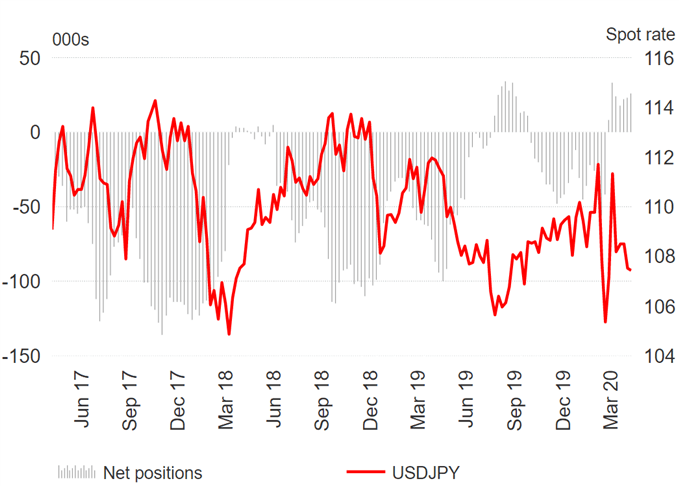 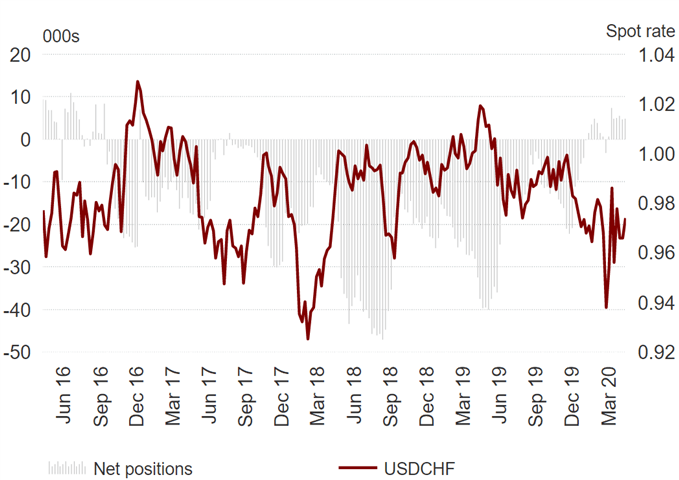 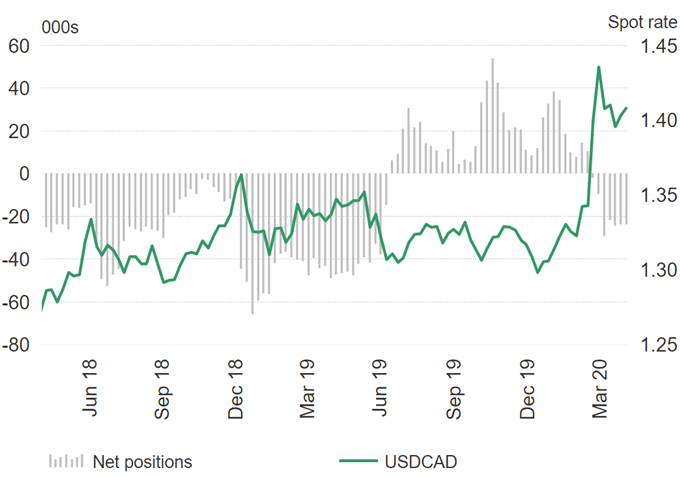 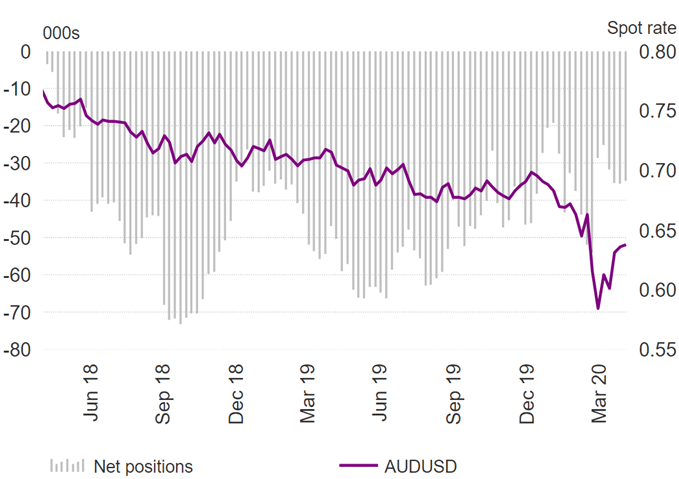 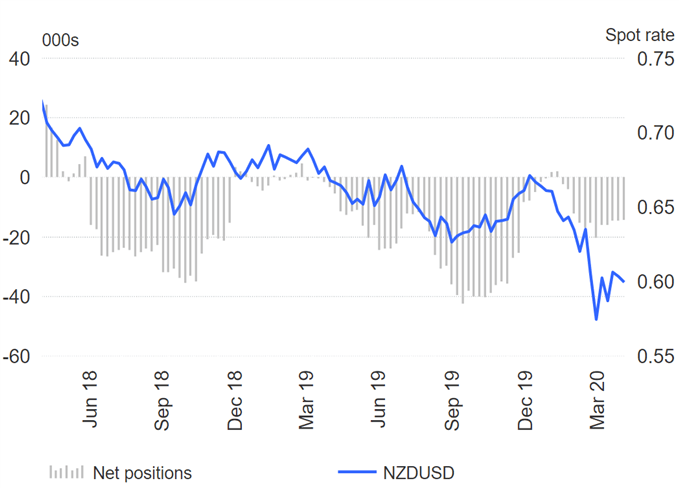