SNB Intervention: Historic volatility across multiple assets amid the coronavirus led recession. However, one pair that has remained muted, albeit with a modest grinder lower, has been EUR/CHF. Among the contributing factors is intervention by the SNB to stem the appreciation in the Swiss Franc. This has been signaled by rising sight deposits, which recently rose to its highest levels since the aftermath of the 2015 EUR/CHF peg removal. In turn, this likely signals that the SNB has an unofficial peg in EUR/CHF at 1.05.

CHF Strength is Here to Stay: With that being said, the past couple of weeks have shown that the SNB’s intervention has only slowed the appreciation in the Swiss Franc as opposed to reversing its gains. As such, with downside risks remaining, particularly due to the collapse in oil prices, safe-haven flows are likely to keep the Swiss Franc firm and thus putting further pressure for 1.05 to hold. Alongside this, perhaps more notably, the domestic sight deposits have slowed down over the past couple of weeks, which may hint that the SNB is winding down their activity in FX markets. 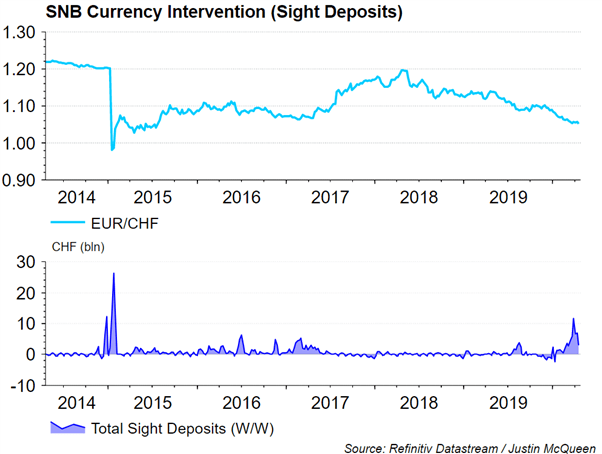 Option Markets: Across the option space, risk reversals are continuing to show a greater Euro put bias against the Swiss Franc, highlighting that premiums are rising for investors to seek protection against EUR/CHF downside with risk reversals at the lowest level in over 3 years. 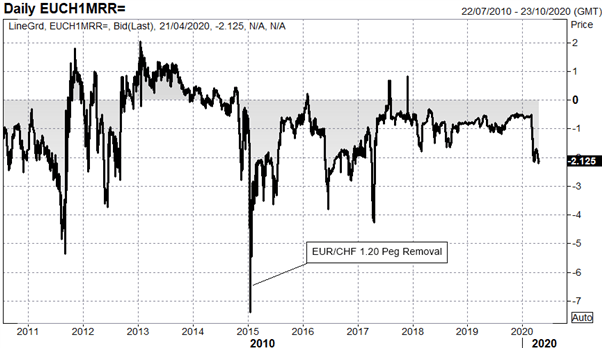 Eurogroup meeting: Ahead of Thursday’s Eurogroup meeting, tensions are beginning to show over discussions around debt mutualisation. Last week, French President Macron stated that the EU risks unravelling if it does not embrace financial solidarity and thus called for common debt issuance. However, the idea of debt mutualisation have been strongly opposed by Northern European members, particularly Germany and the Netherlands. As such, we look to peripheral spreads (Bund/BTP spread) for sentiment over the Eurogroup meeting, in which failure to agree a package could see spreads widen, putting further pressure on the Euro against safe-haven currencies (JPY, USD, CHF). That said, an agreement of a significant package could provide a short term bounce for the Euro, but with the macro backdrop remaining fragile, upside could be capped. 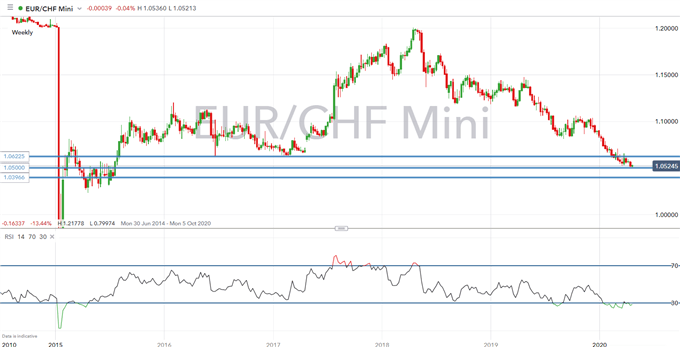