Recently large speculators have come back into gold from the long-side, flipping from net-short back to net-long. The technical picture doesn’t offer much to lean on that this time; uptrend off August low could very well be a broader bear-flag. Large specs sold crude oil on a net-basis for the 11th week in a row. Price action in the near-term is tightening up towards some type of breakout. 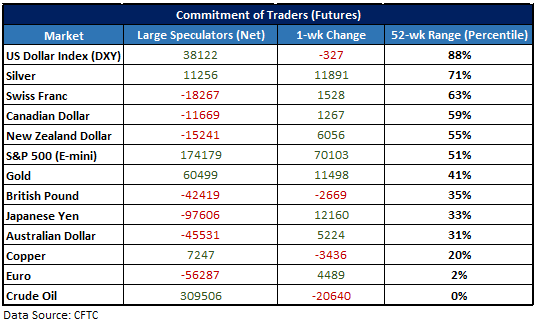 With crude oil stuck in the mud, speculators are still hitting bids. Last week marked the 11th week in a row they were net-sellers, bringing their total net-long down by a count of nearly 21k contracts to 310k. This represents the smallest position in a little over 2 years, when the net-long was under 300k contracts in December 2016.

The broader outlook still looks bearish from where I sit, but if the short-term triangle has a bullish breakout then we could see more corrective price action before heading lower. A bearish break at this time might be truncated as more time could be used to work off oversold conditions before making a potential run lower to around 42.

I’ve discussed the situation in gold in recent months as being relatively pessimistic among large speculators when compared to the past 20+ years. A bearish extreme looking back over that period is right around flat to slightly short.

In the past couple of weeks, we’ve seen large specs come back in at the fastest pace since October as the price of gold has risen a bit. It’s hard to say if it will become a meaningful trend as the clarity in gold is generally lacking. The trend off the August low and the shorter-term one from last month are positives for now but dialing back this could just be a large bear-flag forming. 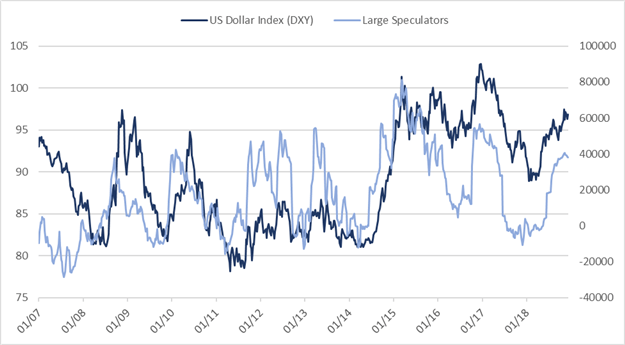 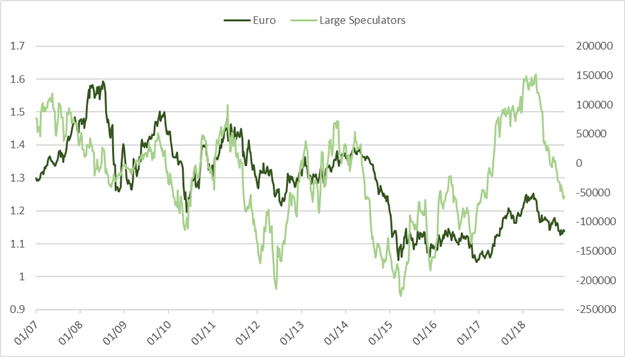 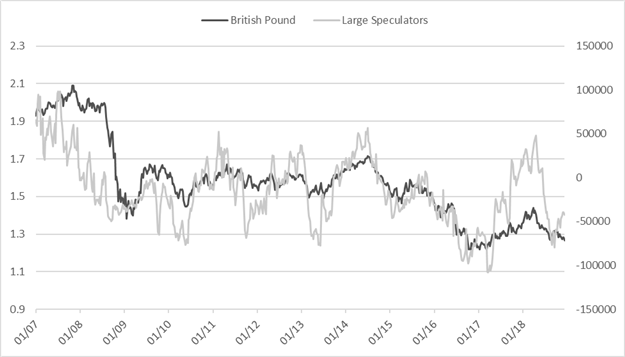 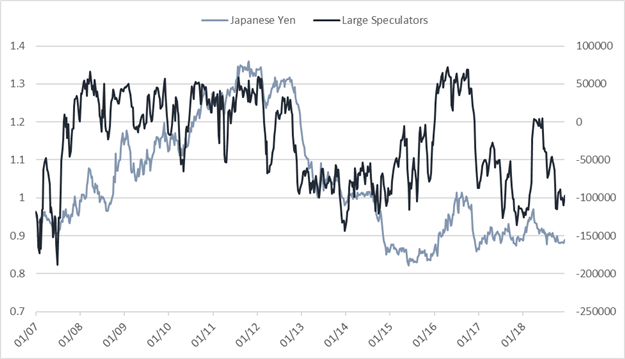 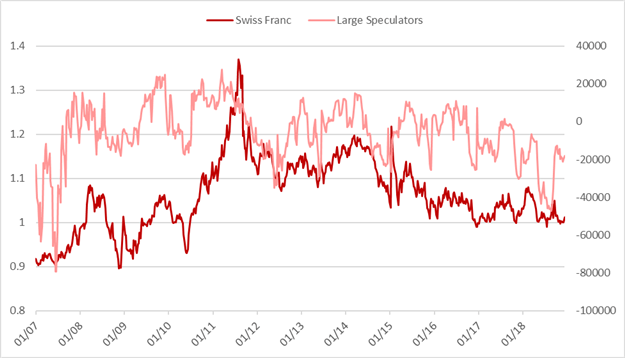 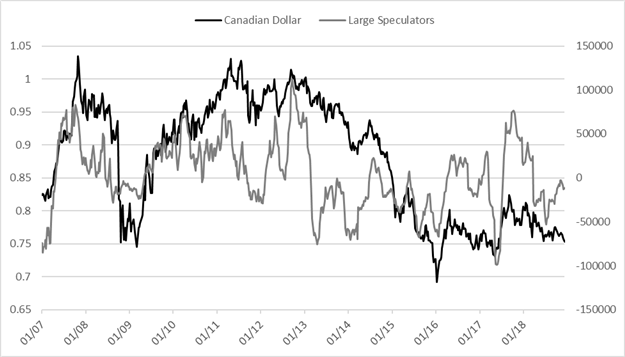 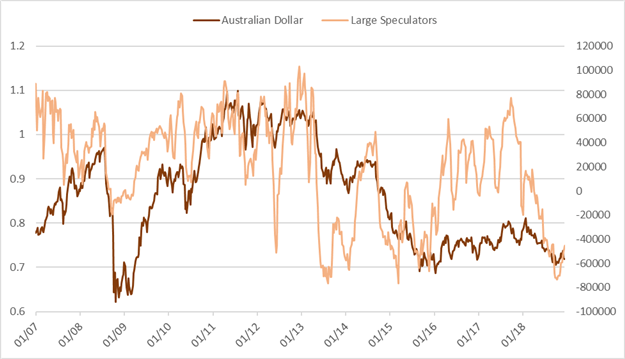 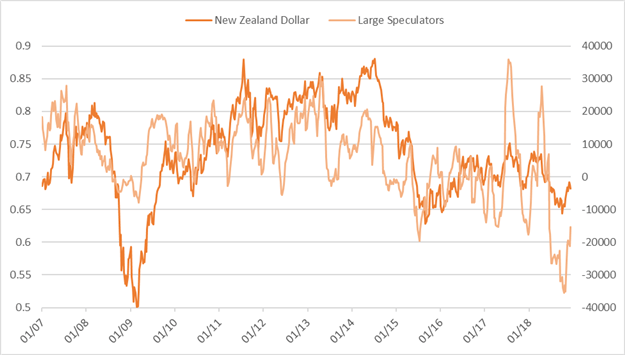 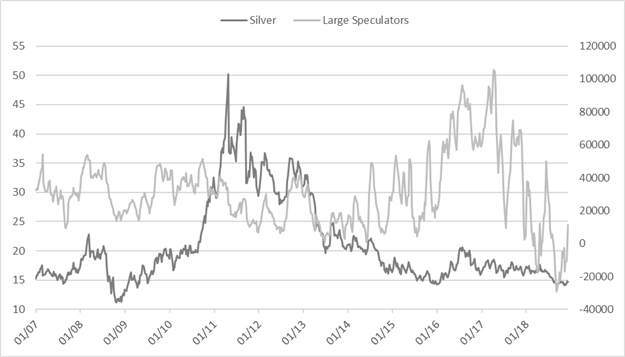 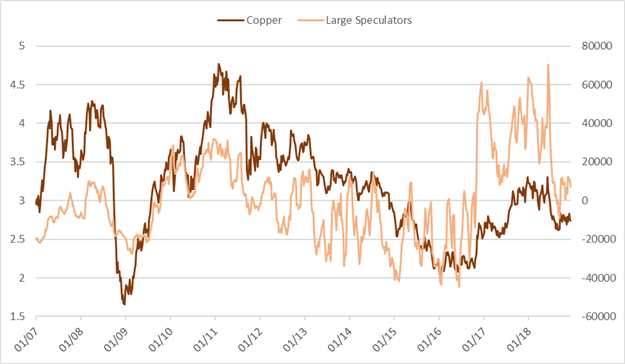 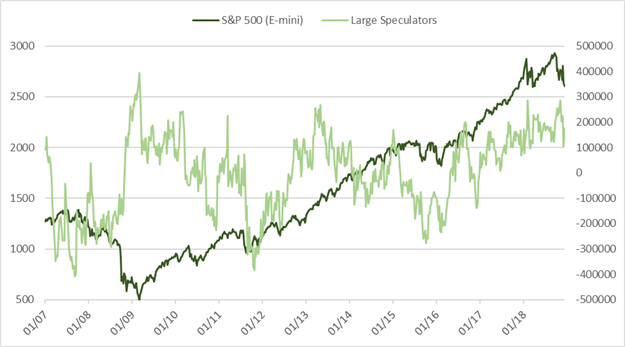