This past week was more of the same, with continued selling in currency contracts. Large specs in AUD/USD built their largest net-short since December 2015, while the net-short in GBP/USD nears the biggest over the past year. The theme of strong positioning in the dollar was also seen via a shrinking net-long in gold contracts held by large specs. Crude oil positioning remains at historically high levels, an unwind may occur one day; but the general trend remains in favor of longs for now.

Every Friday the CFTC releases a detailed overview of traders’ positioning in the futures market as reported for the week ending on Tuesday. In the table below, we’ve outlined key stats concerning the positioning of large speculators (i.e. hedge funds, CTAs, etc.). This group of traders typically employ trend-following strategies. When analyzing the data, we take into consideration the direction of their position, magnitude of changes, as well as extremes. 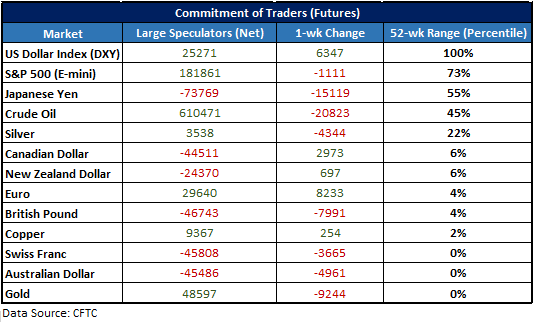 The current net-short held by large speculators in the GBP contract grew for the 5th week out of the past six, bringing their short position to its largest since September of last year. It’s been a precipitous decline from the largest net-long held since 2014 to a relatively aggressive short position. The big flip from long to short could soon mark an intermediate-term exhaustion point in selling. 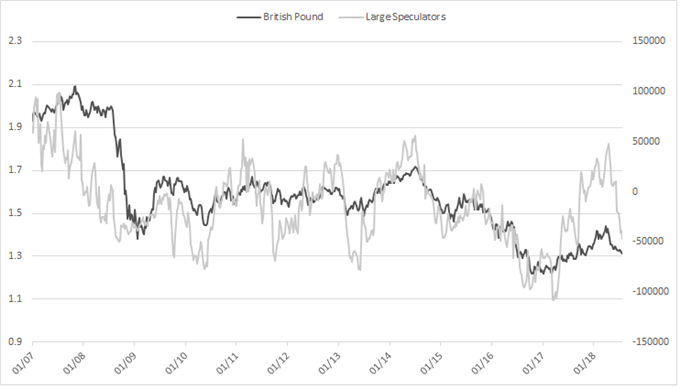 This past week the net-short in AUD grew to its largest during the current cycle and since December 2015. Similarly to GBP, we may soon see selling exhausted in Aussie. At -45k contracts, it is a big position, but not yet nearing the record short in March 2015, which approached nearly -79k contracts. 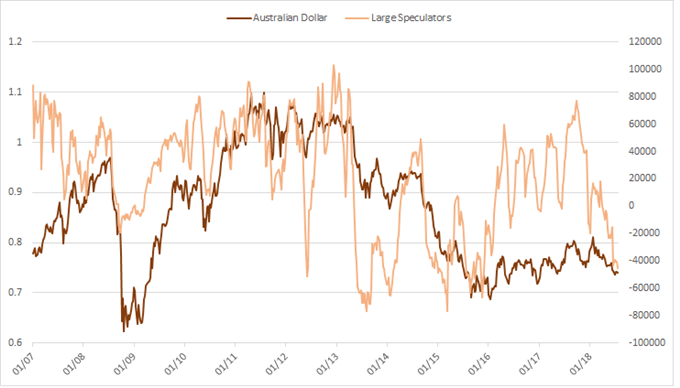 The dollar rally continues to put pressure on gold. Friday’s report showed another week of large speculators reducing their net-long. At nearly 49k contracts it is the smallest position in over a year. It’s worth noting that large specs have not been net-short since 2002. Perhaps a flip to net-short would be a sign of capitulation in what has been a tough stretch for gold since the top in 2011… 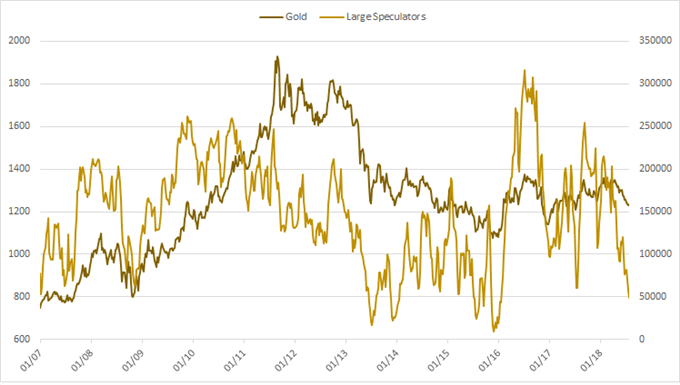 See how sentiment may tie in with the DailyFX Q3 Forecasts. 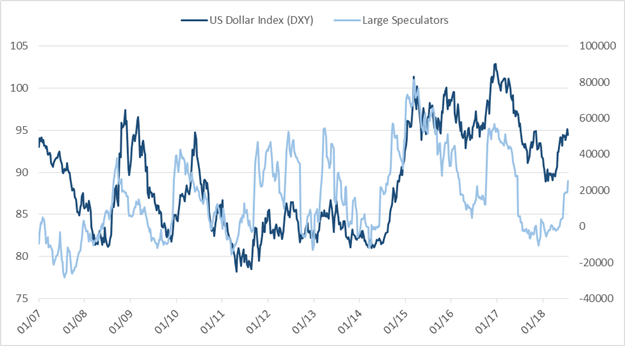 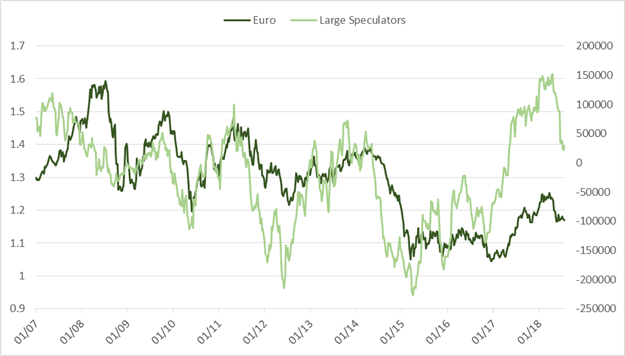 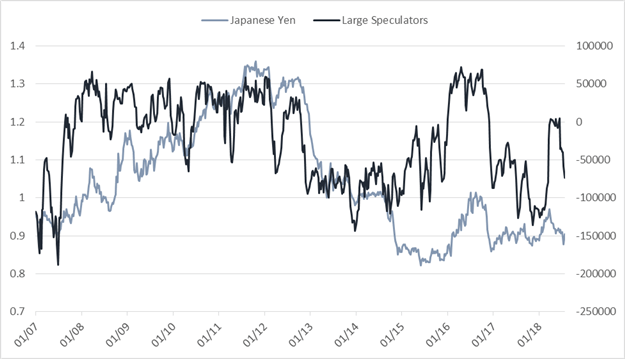 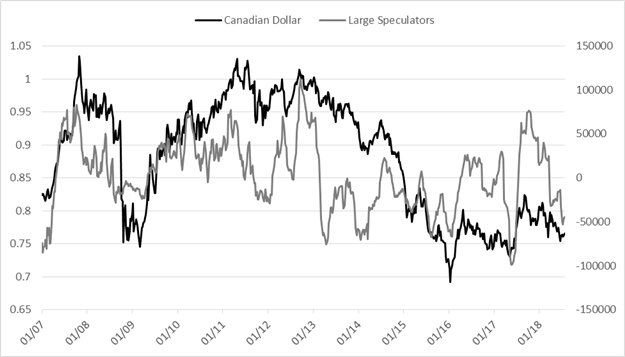 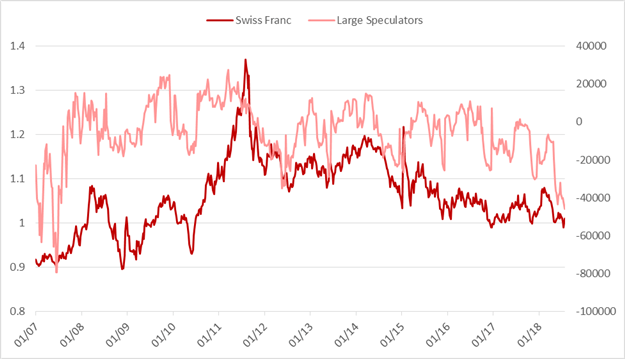 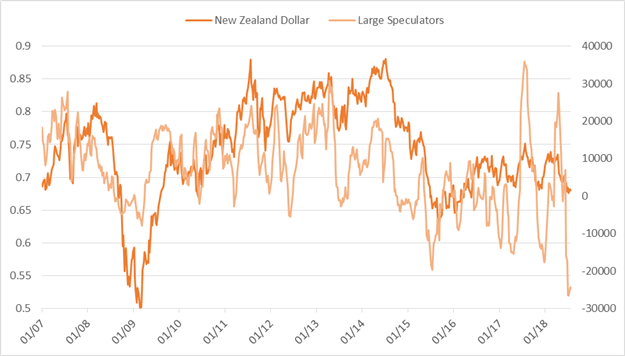 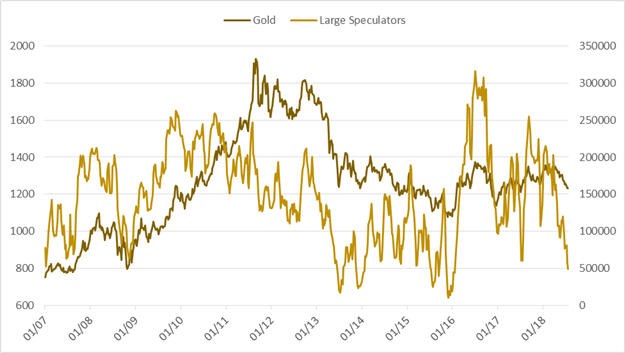 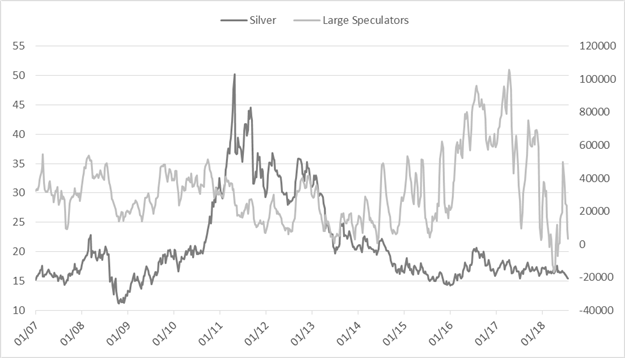 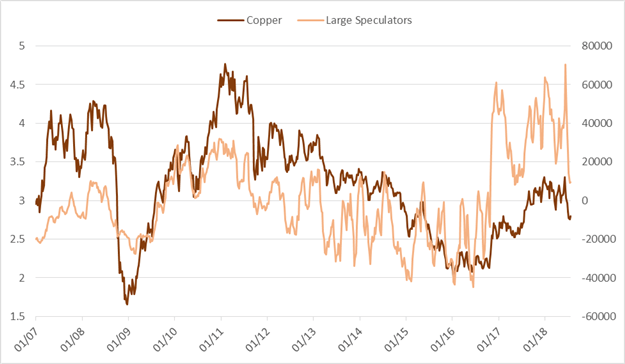 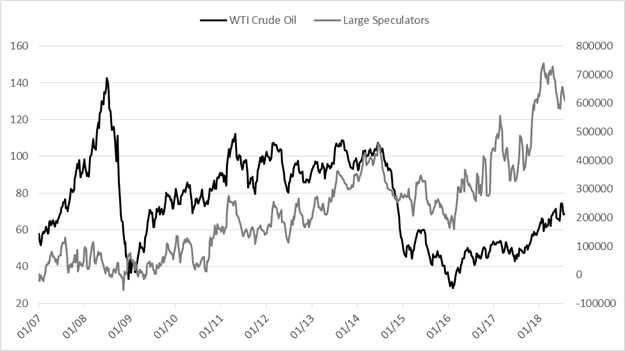 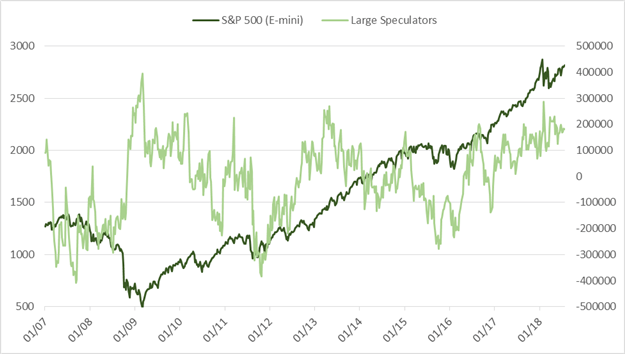