For a measure of short-term sentiment in major currencies and markets, see the IG Client Sentiment page.

This past week we saw the Swiss Franc net-short position among large speculators grow further into levels not seen since 2007. Euro large speculators’ net-long is under 100k for the first time since December, while crude oil specs also trimmed their position for a sixth week in a row. After sizable reductions in precious metal positioning, even seeing the trend-following group turn net-short silver for the first time in many years, are now back to buying contracts. 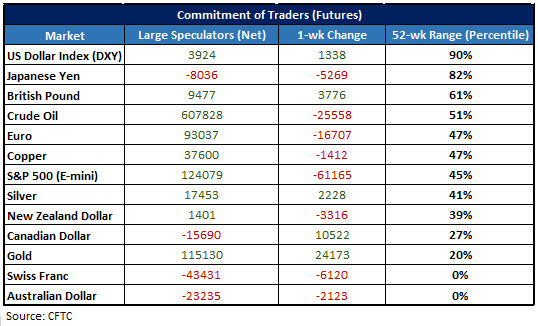 Large speculators added to their net-short positioning for a 5th week in a row, more than doubling its size over that period to 43k+ contracts. This is the largest short position held since 2007, and extremes have typically led to turnarounds in the currency. We have recently seen modest strength in CHF; short covering could fuel momentum towards a larger rally in the weeks ahead. 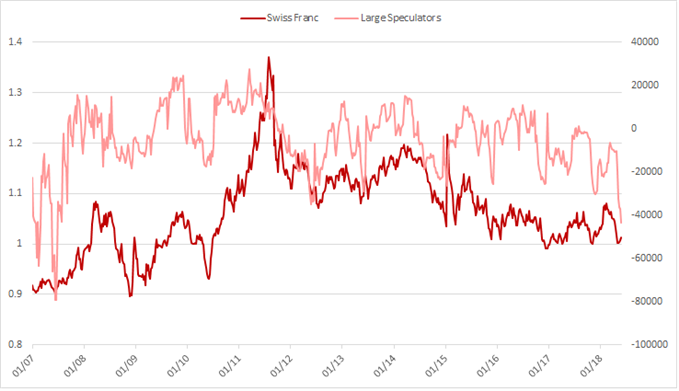 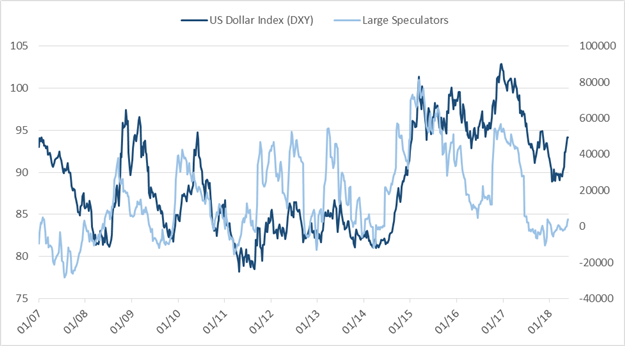 Generally speaking, activity in the DXY has been relatively subuded lately, and with positioning near the zero-line there isn’t much take-away at this time. 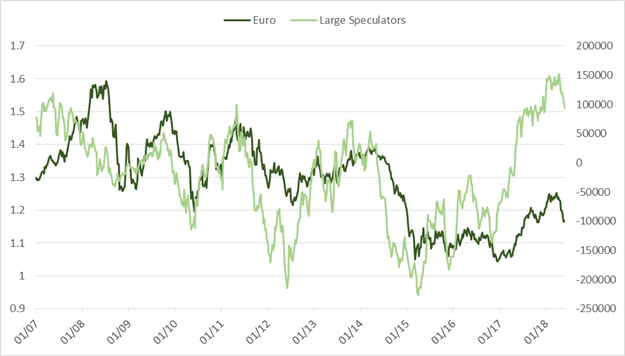 Euro large specs reduced their net-long for a sixth week in a row, bringing the net-total long position to under 100k for the first time since December. It’s still quite a large position and may act as a headwind on any recovery we see in the single-currency. 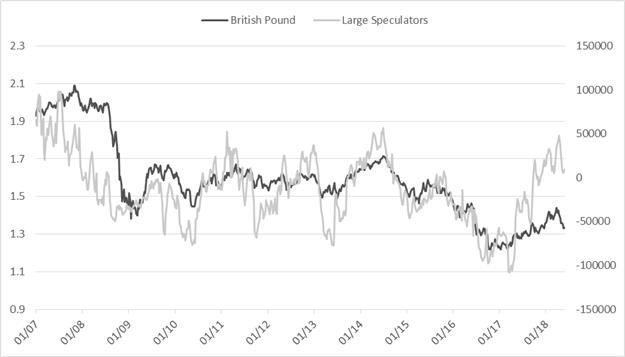 After seeing the most bullish readings since 2014, GBP specualitve longs have been reduced aggressively during the recent decline. Overall, positioning isn’t leading to any strong conclusions one way or another. 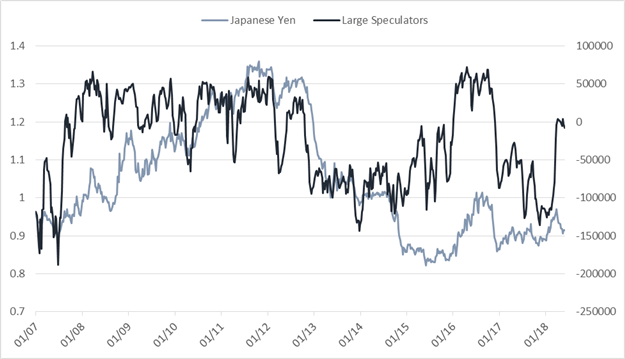 After racing to cover a large net-short in Yen, large speculators haven’t been particularly active, which is somewhat curious. We’ll wait for further indications before drawing any conclusions. 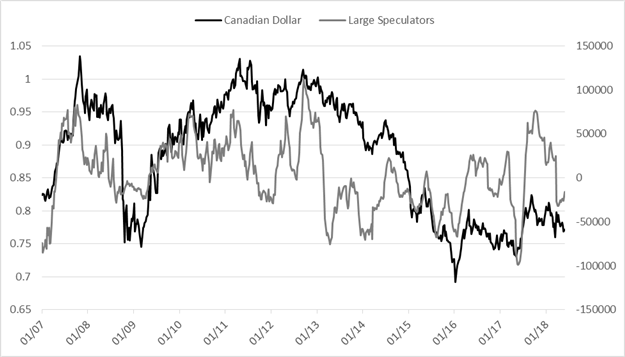 Canadian dollar large specs have generally been going with the flow, buying and selling at a pace relative to price fluctuations. 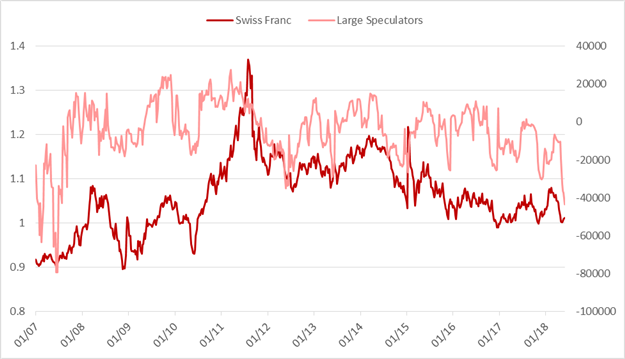 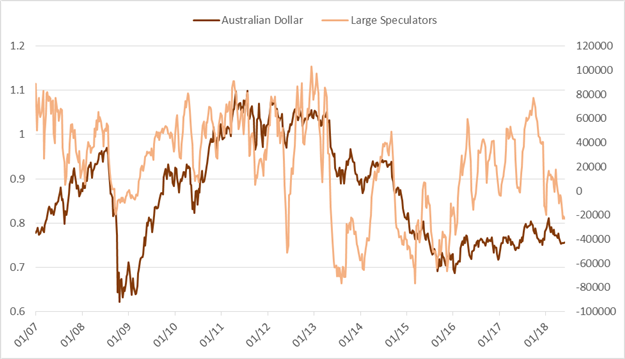 Large specs generally continue to hit bids in the Australian dollar, at an extreme right now with positioning most net-short since early-2016. 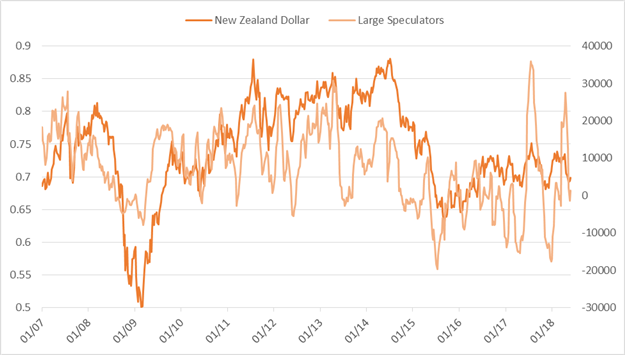 Positioning in NZD has been even more volatile and erratic than the price itself, leaving us with little insight as to what it might mean at this time. 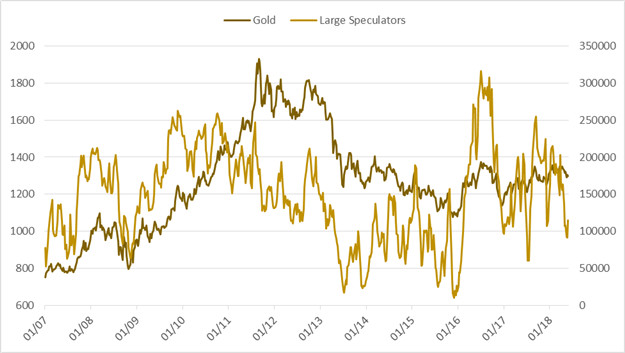 After a fairly aggressively reduction in speculative longs, buyers of gold are stepping in again as the commodity sits in limbo. Overall, it’s unclear with price action thus far this year acting poorly. A breakout one way or another will eventually unfold, large specs are likely to jump aboard any developing trend in aggressive fashion. 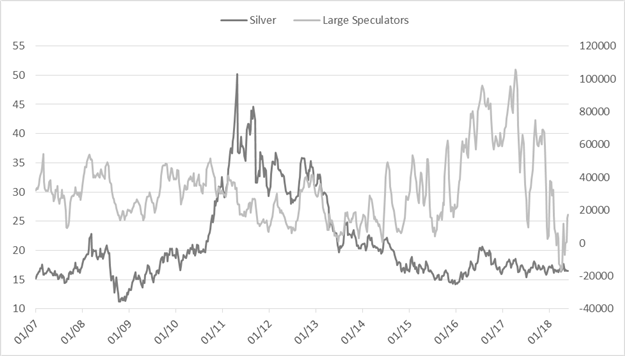 Silver is seeing more buying again after large specs not long ago turned short for the first time since 2003. We wondered then if maybe that wasn’t a sign of caputlation after holding all the way down from the 2011 top. Price has been coiling up since 2016, a major breakout could be in store in the weeks/months ahead. 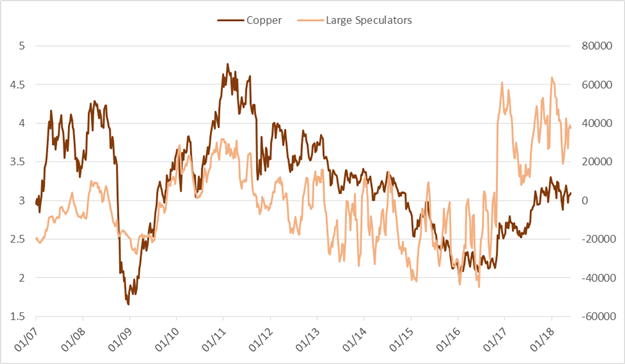 Copper positioning changes recently offer little insight, revisit at another time. Trend off 2016 low is positive and large specs have generally been long and right to be so. 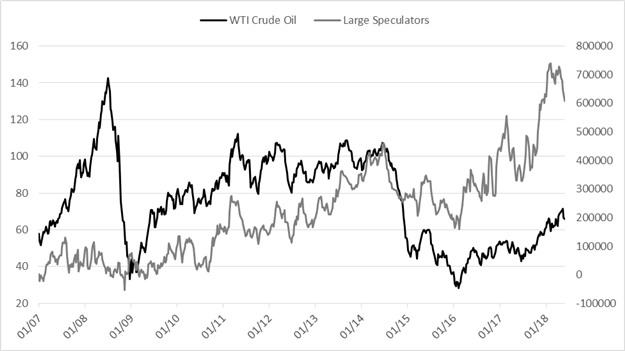 The massive record long positioning in crude oil was trimmed for a sixth week in a row as crude oil price action has turned materially south. The feeling on this end is that there could be more selling to come in the weeks ahead. 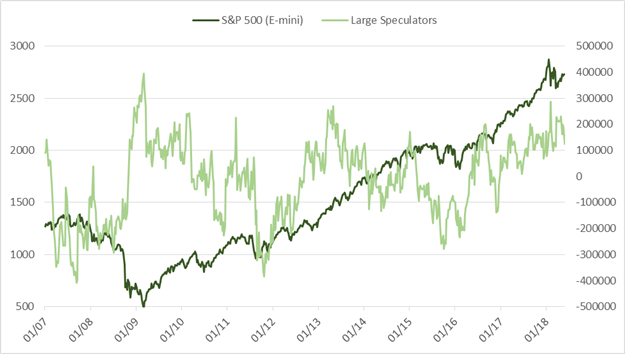 Nothing of particular interest here, as market participants try and figure out if the S&P 500 is consolidating or undergoing a topping process.