This past week’s report highlighted a noteworthy change in Japanese yen positioning, and while not a single-week extreme like we saw a couple of weeks back, it did mark the end of a trend of short positions held by large speculators. The group has been short the currency since late 2016, and with the relatively small move we have seen recently in price they have been spurred to cover and turn net-long. There are a couple of factors that suggest this was a 'logical' move. 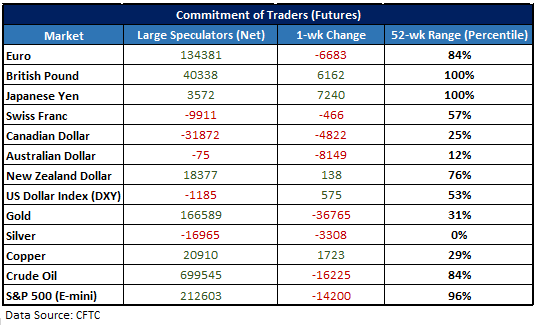 It isn’t a large long position at 3.6k contracts, and it wasn’t a large weekly change at +7.2k contracts, however; the changes compounded in recent months has taken large speculators’ historically large 125k+ short position in January and turned it to a long while JPY rallied only a relatively small amount versus USD.

Large speculators in aggregate across all FX futures contracts have a relatively good long-term track record for identifying intermediate to long-term trends (especially in the euro). This recent flip may be yet another timely call, for a couple of reasons.

Stock markets are showing a significant amount of instability. In the past, the Japanese yen has typically seen buying during times of distress in the ‘risk-on’ trade, as was the case from January to last month. More selling in the stock market looks likely given where we are in the long-term cycle in the S&P 500.

Last year we saw a historically small range in USD/JPY. That range was snapped to start 2018 and appears more likely than not to continue, with not only aforementioned factor (sour risk sentiment), but also on the notion that breakouts after extended ranges tend to stay in motion for a period of time.

See how sentiment changes could tie into the DailyFX Q2 Forecasts. 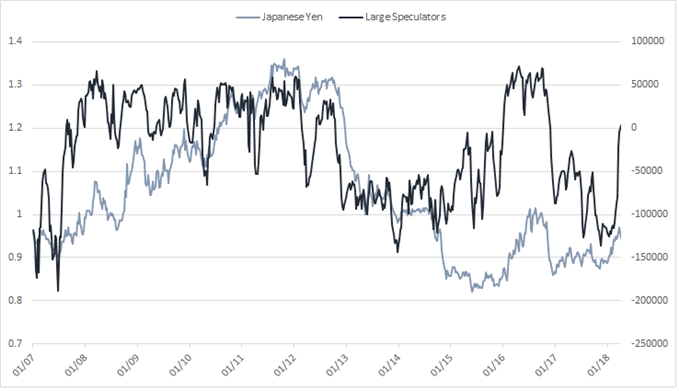 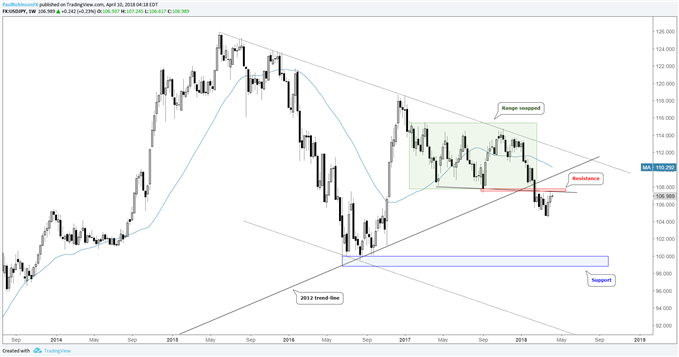 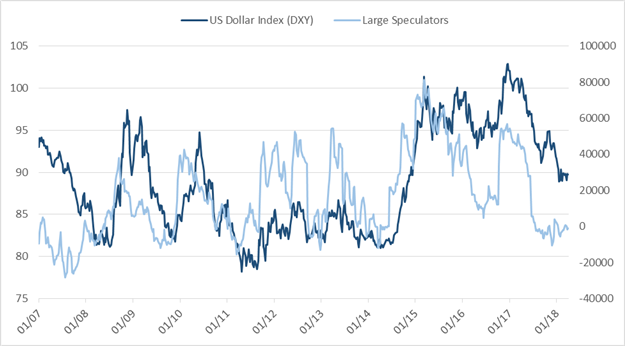 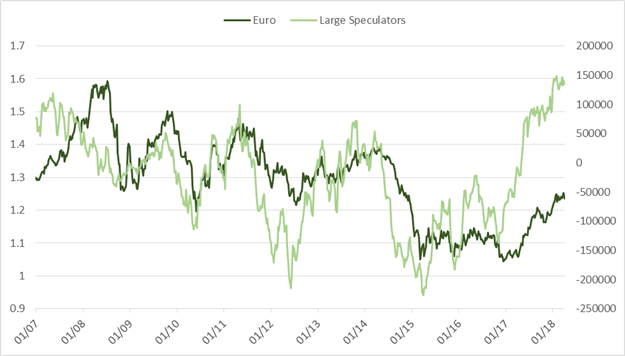 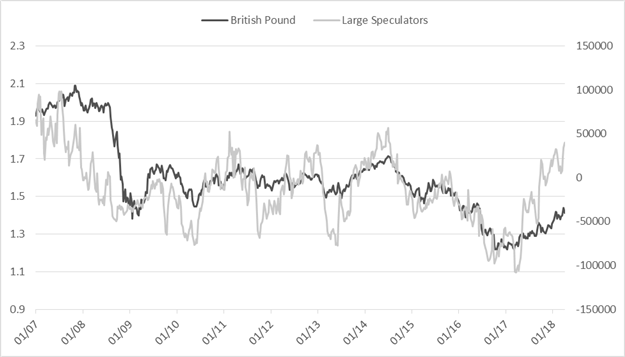 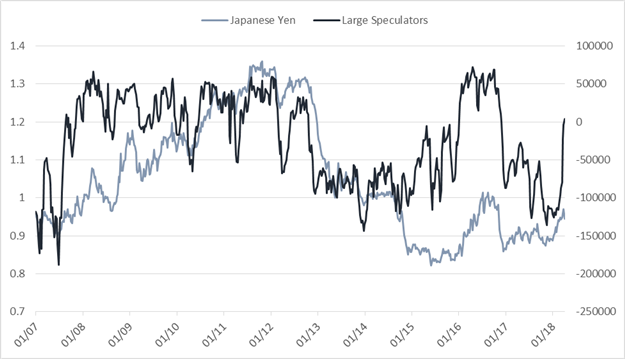 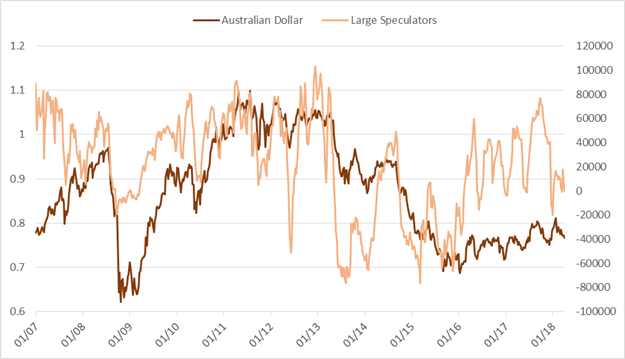 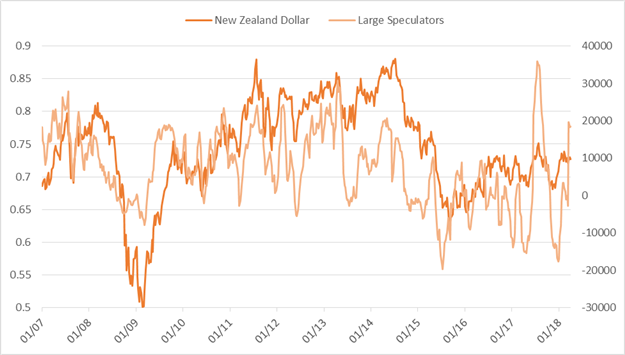 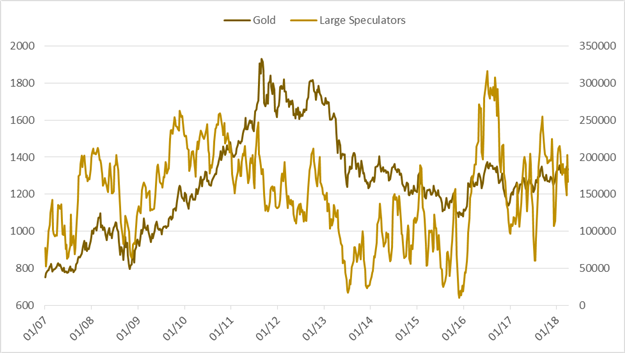 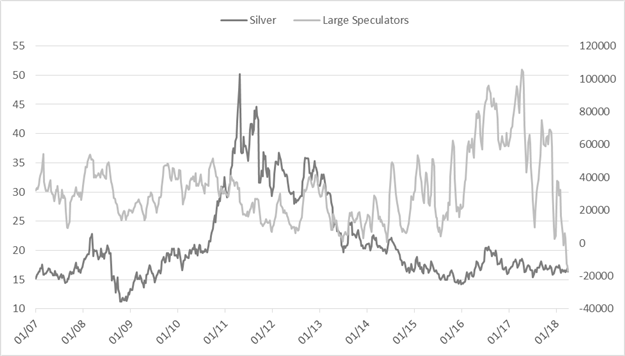 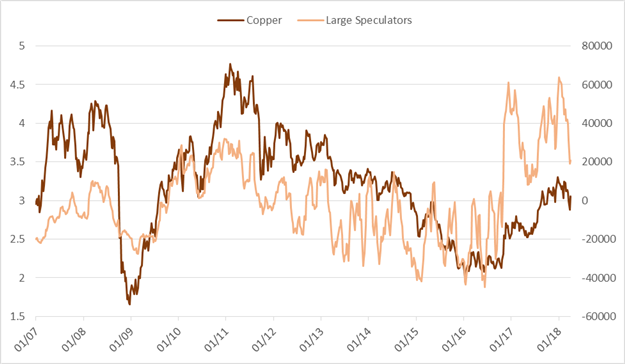 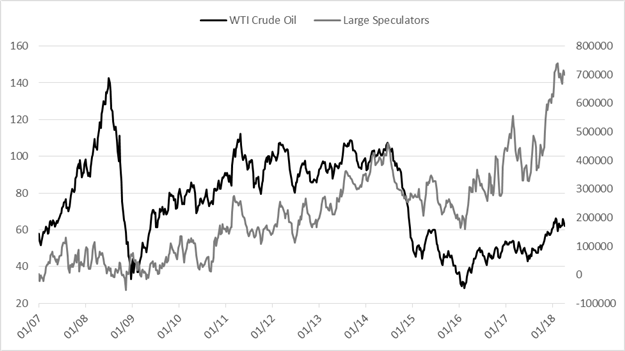 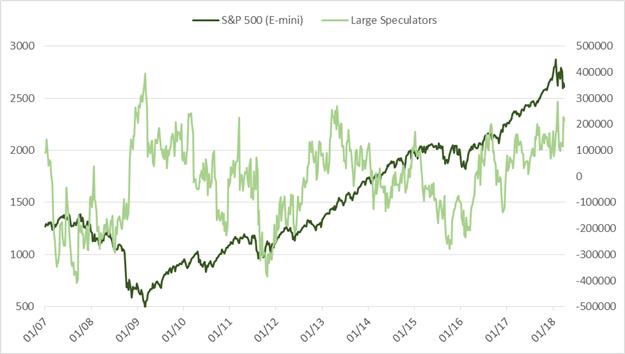