Every Friday the CFTC releases the Commitment of Traders (COT) report, which shows traders’ positioning in the futures market as it stands for the week ending on Tuesday. In the table below are net positions of large speculators (i.e. hedge funds, CTAs, etc.); the change in their positioning from the prior week and where it stands relative to its 52-week range. 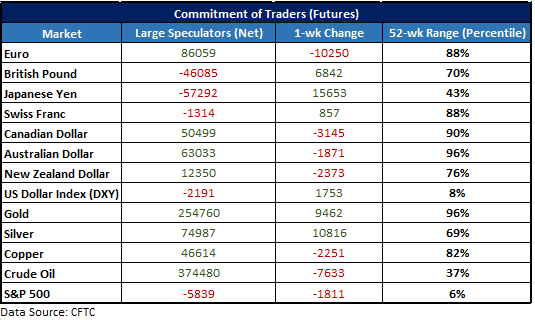 Gold/silver – Last week, we were discussing the aggressive pace of buying among large speculators in the gold market, and how reaching a certain threshold has coincided with the precious metal struggling to tack on further gains when looking out over a few weeks. In the past two months, large specs have increased their net-long at a clip which took the total size from the smallest in the past year to just under the largest. 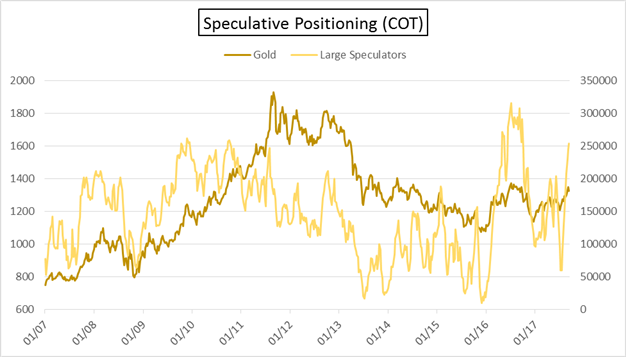 Unsurprisingly, we are seeing similar activity in the silver market. At the current clip of buying it wouldn’t take long to reach the record long of 103k contracts long seen back in April. Look for gains from current levels to struggle to be maintained until we see easing in price and/or market positioning. Check out this piece for the most recent silver short-term technical outlook. 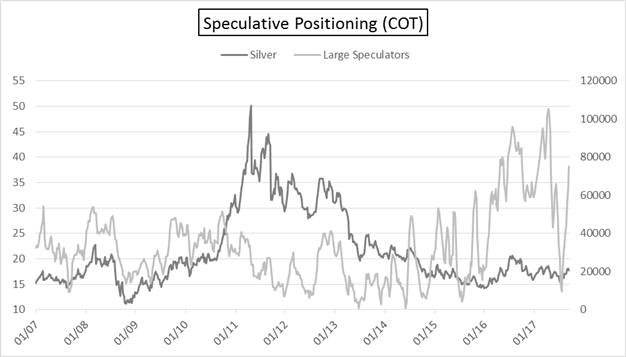 Australian dollar – Aussie large speculators have taken a break the past couple of weeks as net-buyers and did some light selling instead. Overall, though, their net long position of 63k contracts is still the largest position held since April 2013. What is of most interest, is the fact the position extreme comes at a time when the price of AUDUSD is up against long-term resistance. The combination begs the question; is there enough ammunition left to push it through? 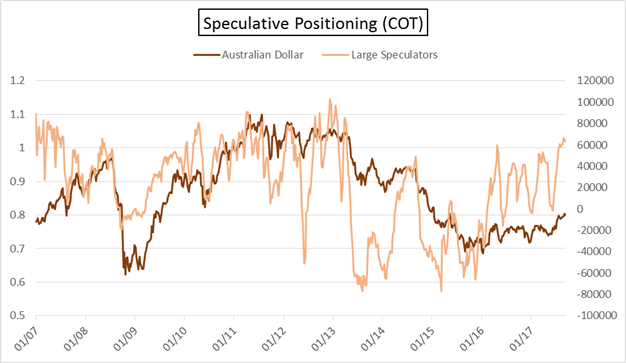 Precious metals and AUDUSD have a long-term correlation to one another which is quite strong. Aussie and gold currently have a 52-week correlation of 73%, and it hasn’t been in negative territory since May 2012. We're likely to see both the currency and metal struggle at the same time in the weeks ahead. 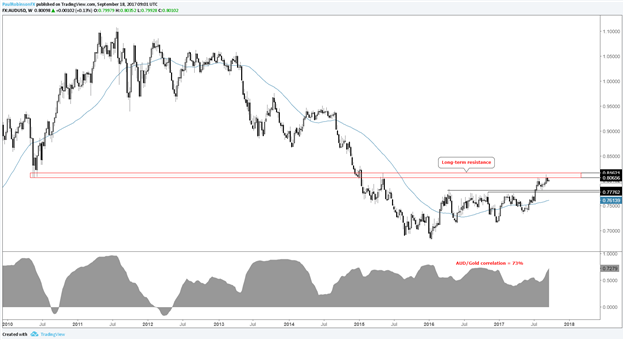 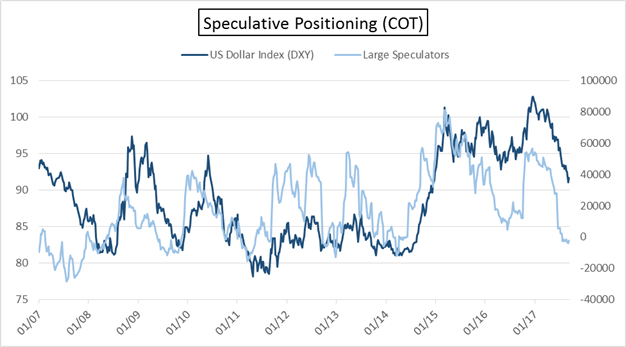 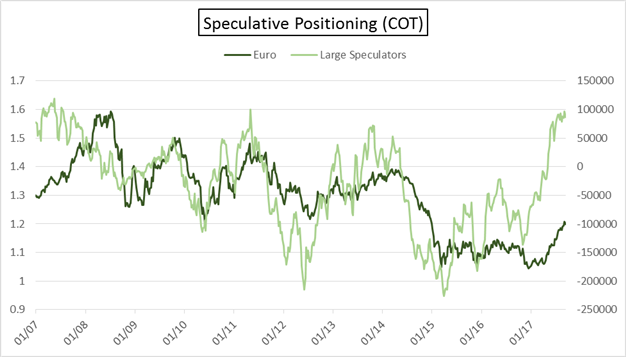 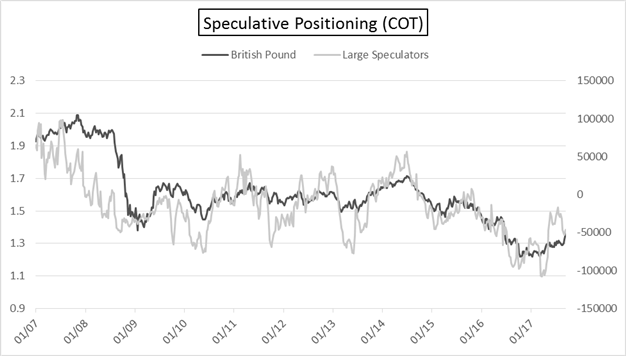 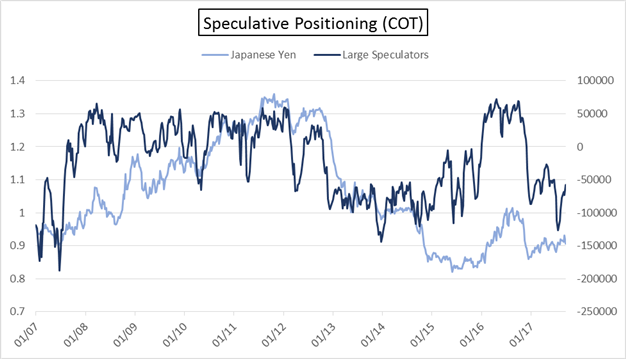 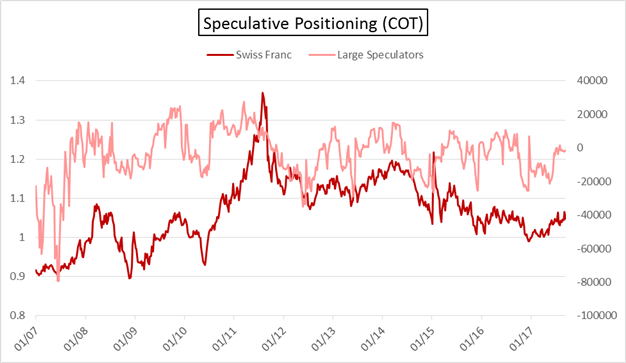 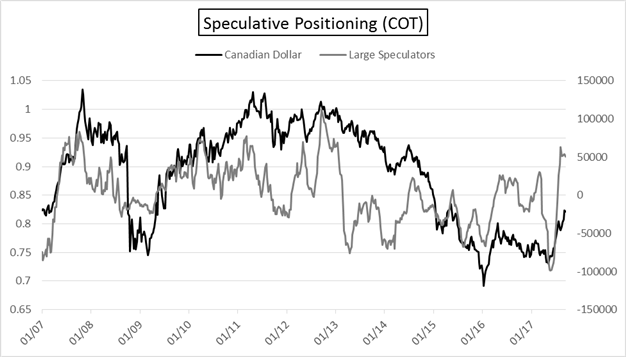 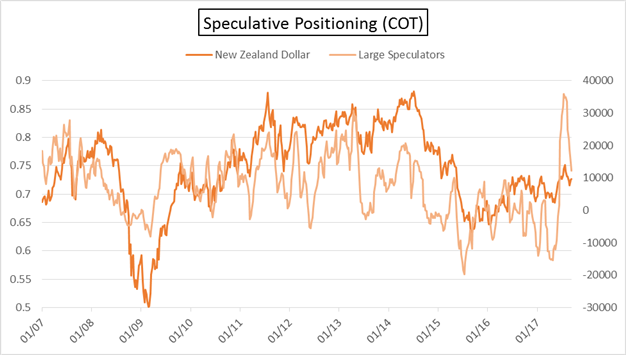 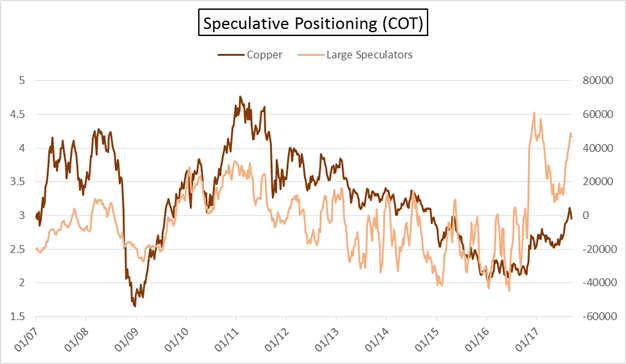 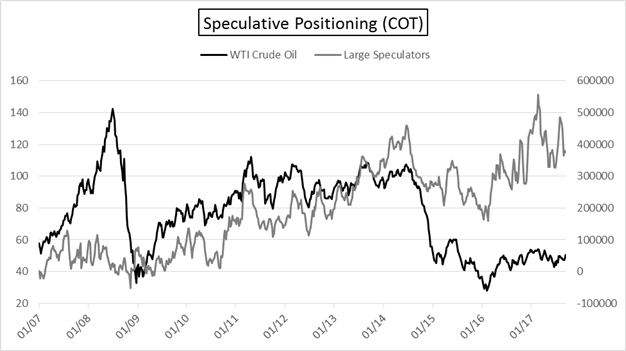 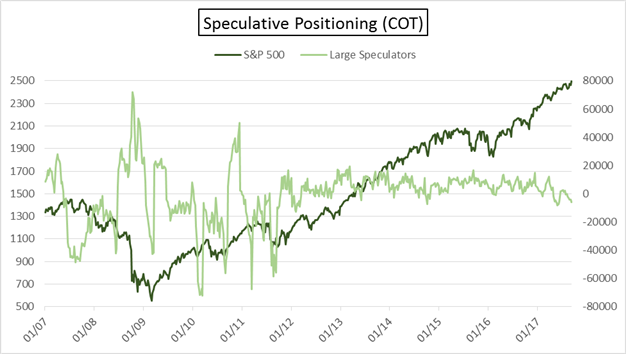