COT: Rapid Pace of Gold Buying Cause for Pause

Check out our New Trading Guides page for forecasts and educational material. 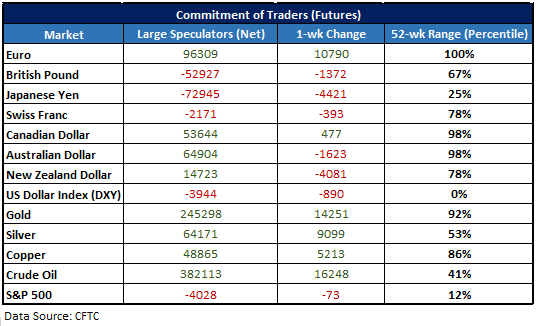 Gold – Large speculators are once again ramping up their net long position, as the current 245.3k contracts is the highest level since the week of October 7 when it was at 245.5k, and in the upper bounds of what we have seen on a historical basis. Perhaps the bigger concern here is not the overall size of the position, but the speed at which it has been built. Since the week of July 21, net positioning relative to where it has stood over the prior 52 weeks has risen from 0% to 92%. In other words, we have seen net long positioning go from the smallest in a year to nearly its largest in a year over a period of less than two months. In the past, such sharp moves have proceeded reversals or periods of choppy trading, even during the raging bull days of 2010-2011. The last time we saw a similarly sharp rise in long positions was in early 2016 prior to gold chopping sideways for three months before eventually making another thrust higher. 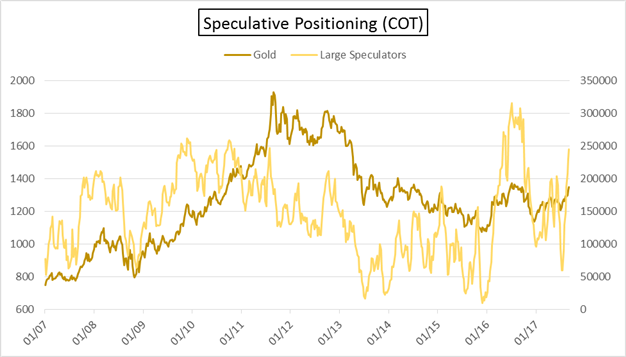 Euro – Through last week, large speculators built their net long position to its largest size (96.3k contracts) since the week of May 6, 2011 (99.5k). It’s slightly higher than the 93.7k recorded a month-ago, so momentum in buying has eased in recent weeks, as so has momentum in price action. Evidence is building that we may soon see the euro make a meaningful turn lower, as momentum wanes at long-term resistance while sentiment is at an extreme. Back in May, when large specs (trend-followers) flipped from net short to net long we noted their propensity for accurately identifying trends in the euro. But at this juncture, risk of a shake-out is growing by the week. 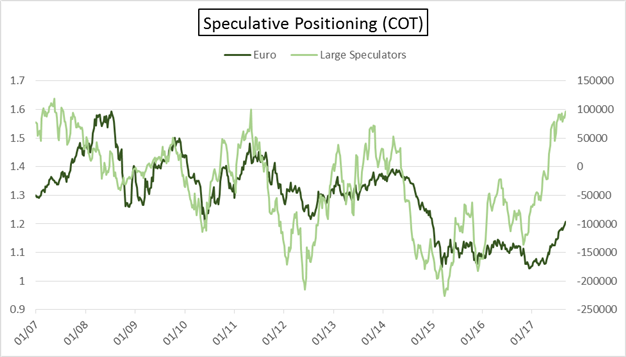 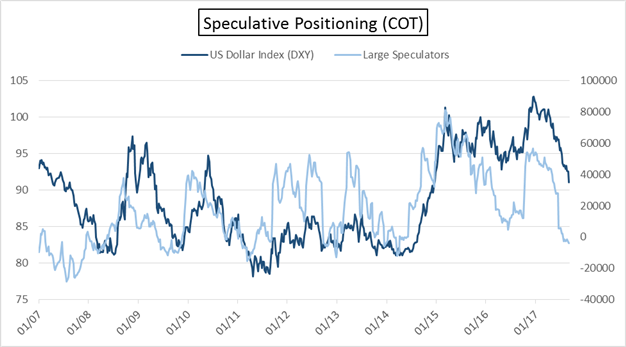 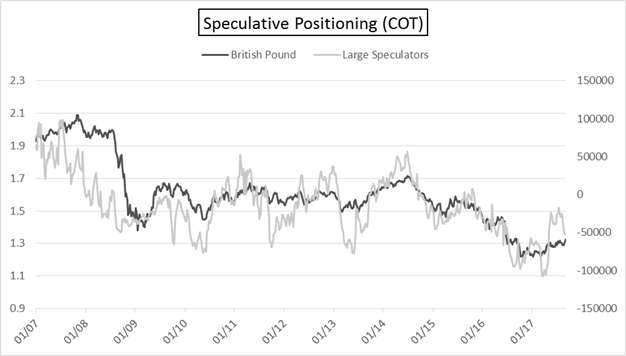 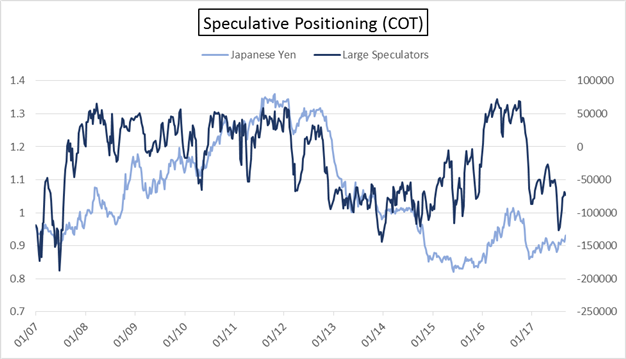 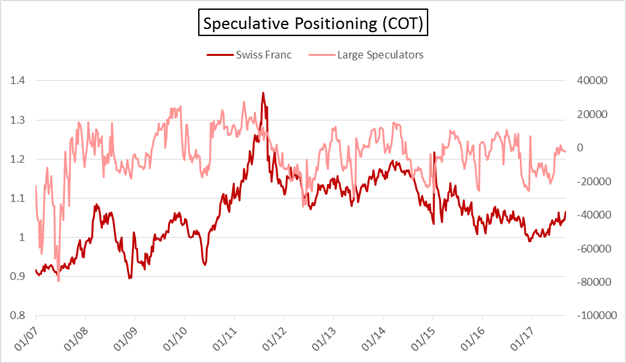 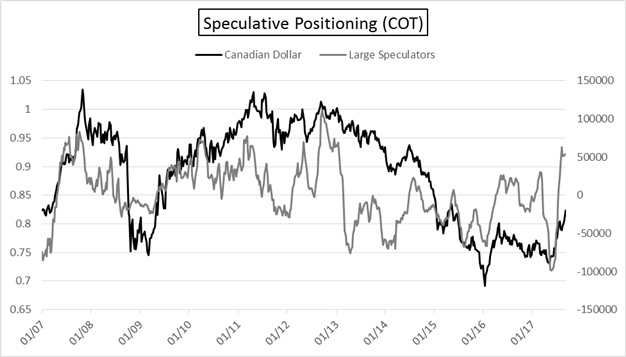 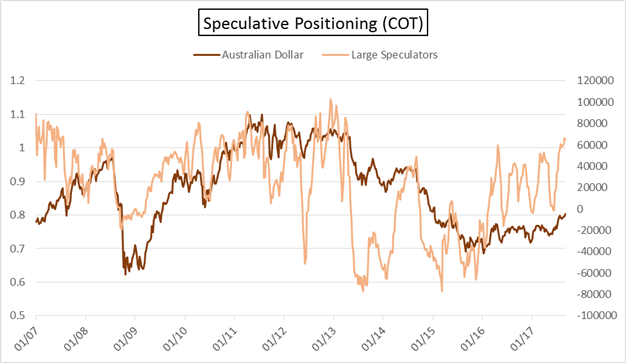 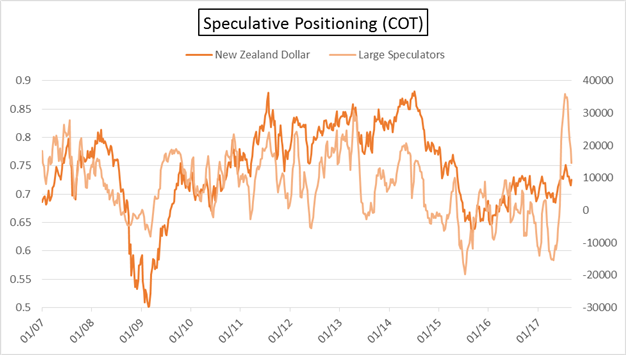 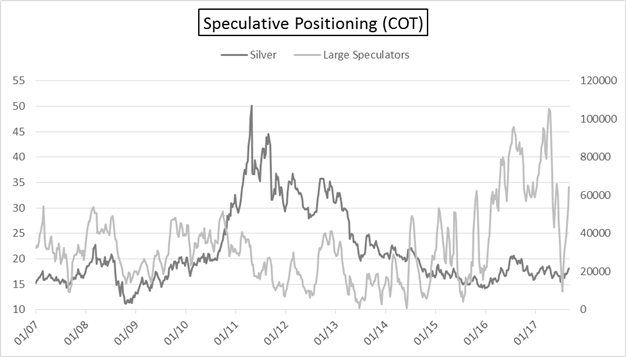 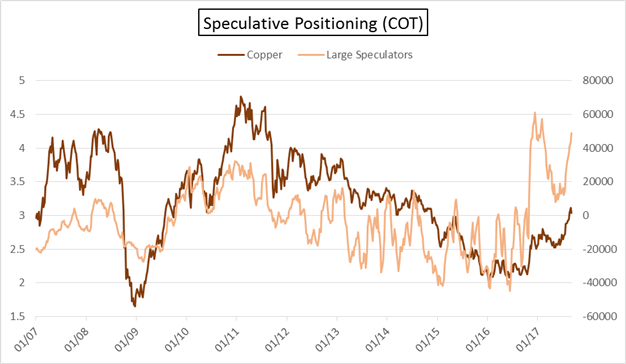 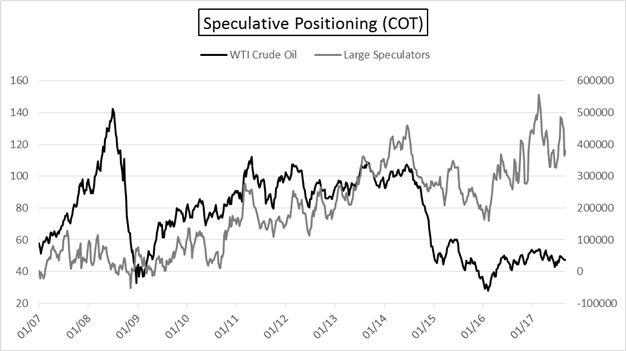 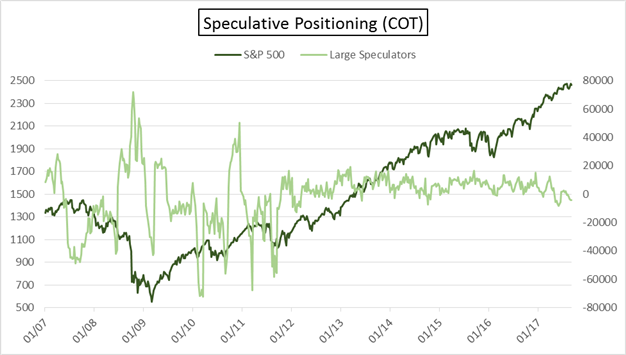