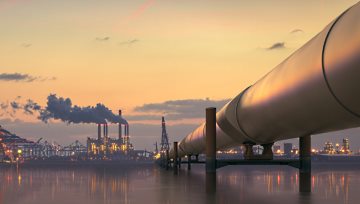 Every Friday the CFTC releases the Commitment of Traders (COT) report, which shows futures traders’ positioning as it stands for the week ending on Tuesday. In the table below are the net positions of large speculators (i.e. hedge funds, CTAs, etc.); the change in their positioning from the prior week and where the net position stands compared to its 52-week range. 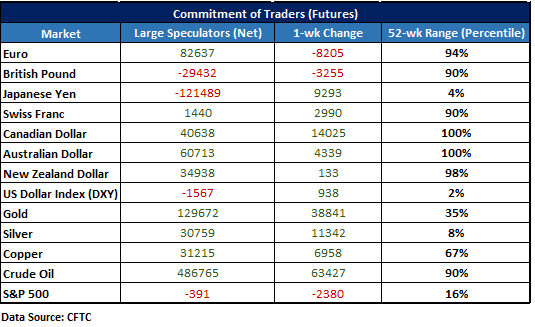 Crude oil – Despite crude oil only experiencing a relatively modest amount of strength, large speculators have been snatching up contracts for a fifth straight week at an aggressive pace. It was the largest one-week increase since December. At 487k contracts held the position size is working its way back towards the record of 557k contracts held back in February. This doesn’t appear to bode well for the commodity as large traders once again move towards becoming overly optimistic about where crude oil is heading. 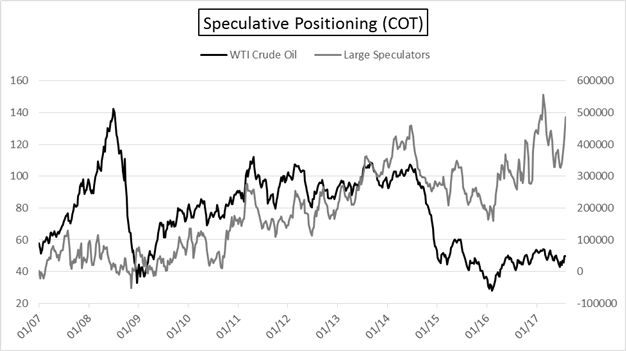 Canadian dollar – Large speculators continued buying for a 10th week in a row, as the once record short position in May which turned positive back on the week of 7/21 has grown to the largest net long position since January 2013. While CAD has already been turning lower over the past week there is fuel for further losses as longs late to the party may look to sell unprofitable positions. 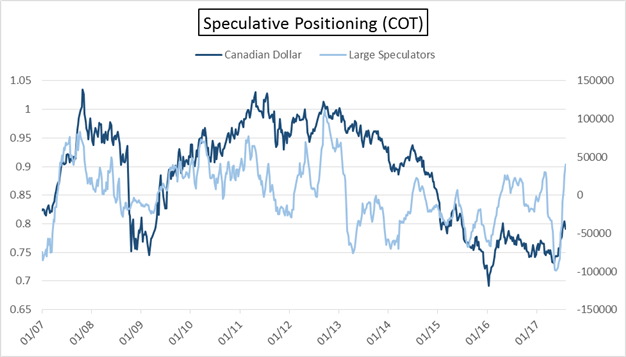 Euro – Large speculators decreased their massive long holdings (82k+ contracts) for a second week in a row despite price continuing to rise. The selling has been minimal but net positioning remains at one of the highest levels since 2011. EURUSD put in a weekly key reversal bar off the 2010 low and on that we could see further weakness in the days and weeks ahead. With the trend-following crowd so heavily long there is fuel for a decline. 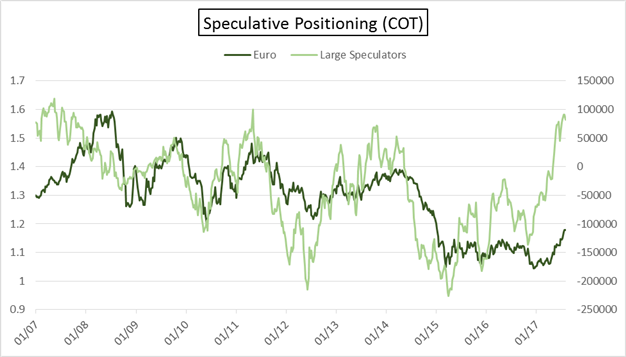 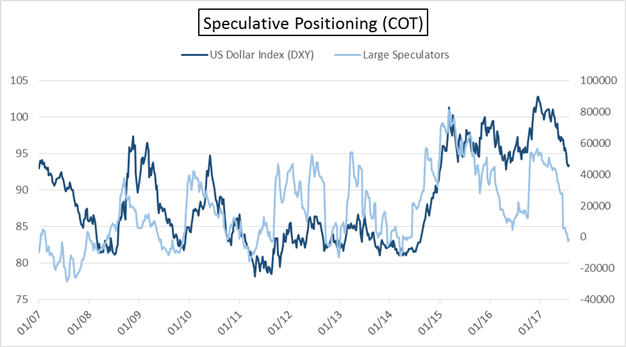 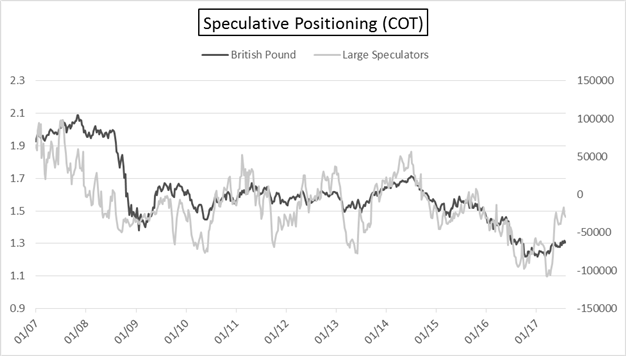 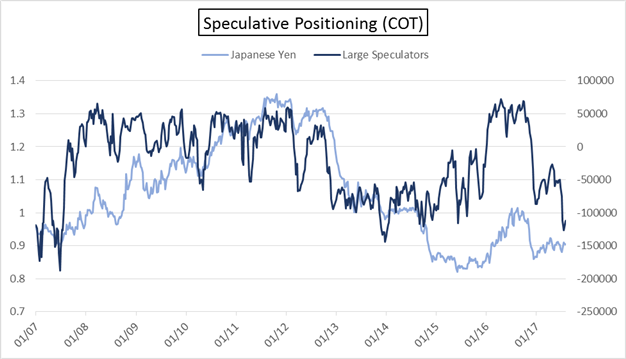 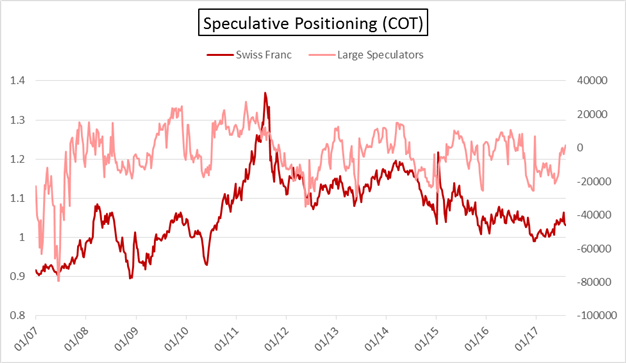 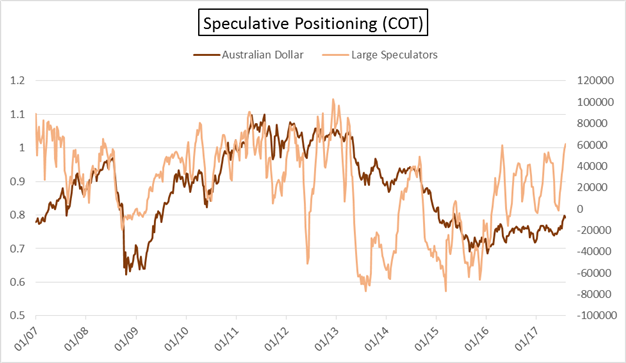 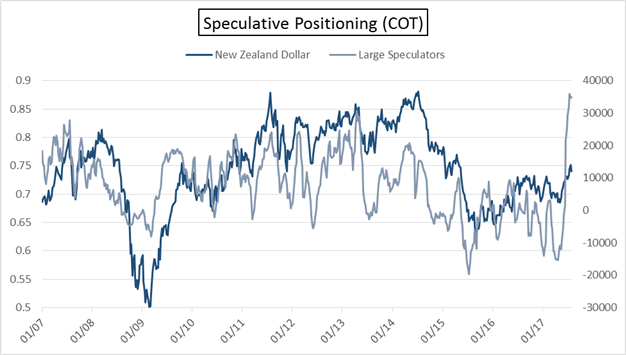 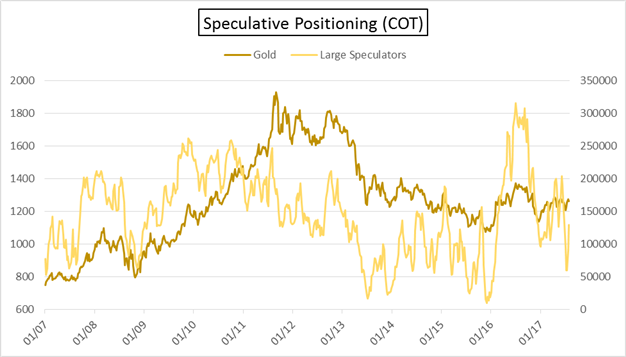 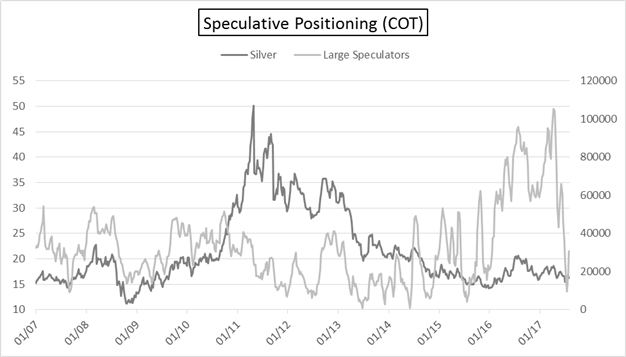 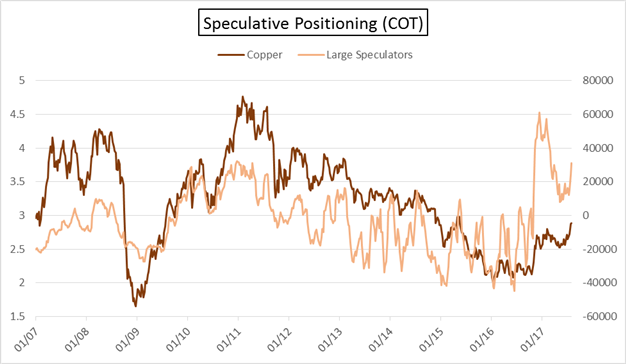 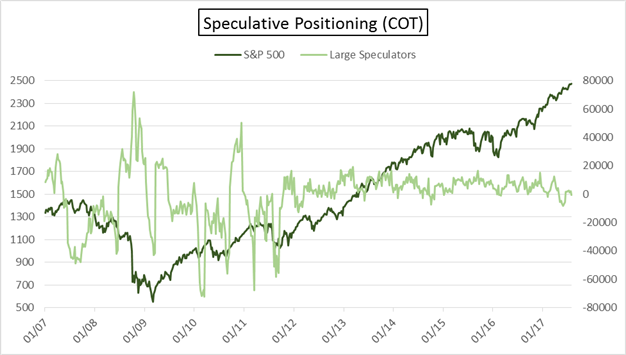 Paul conducts webinars every week Tuesday-Friday. See the Webinar Calendar for details, and the full line-up of all upcoming live events.