In the week to November 23rd, speculative net longs in the USD grew notably ($3.82bln) as market participants reacted to the announcement of Chair Powell’s renomination. In turn, with a faster QE taper becoming the consensus view, a more hawkish Fed had been repriced, subsequently lifting the greenback. However, this view has been challenged given the surprise Omicron variant newsflow, where the USD has since come under pressure amid the potential near term implications for Fed policy, in which markets have slightly paired back Fed tightening bets. Money markets now see the first rate rise in September 2022 vs July 2022 previously.

In response to the sizeable demand for Dollars, the Euro had naturally seen outflows,in light of its break below 1.1200. Although, as mentioned above, following the Omicron newsflow, a squeeze in positioning prompted a retracement in the Euro as the single currency tracked the narrowing US/German rate differentials. That being said, I suspect traders will have a sell the rally bias in EUR/USD. Short term resistance sits at 1.1370 and 1.1400.

Elsewhere, positioning in the Canadian Dollar flipped to net short, which has largely stemmed from softer oil prices. Meanwhile, NZD longs slipped a touch and given that net longs are the largest on an open interest adjusted basis, risks remain for a further liquidation.

Across the funding currencies, after the prior week’s large CHF buying, net longs have marginally pulled back. That said, EUR/CHF breaking through the line in the sand at 1.05, is a significant development for the Swissy, even more so has been the SNB’s tepid response with the change in sight deposits remaining muted. In turn, this suggests that the SNB’s view on the Swiss Franc has changed, with the Bank preferring a firmer currency to curb inflation and thus, market particpants will likely look to test for a new line in the sand. 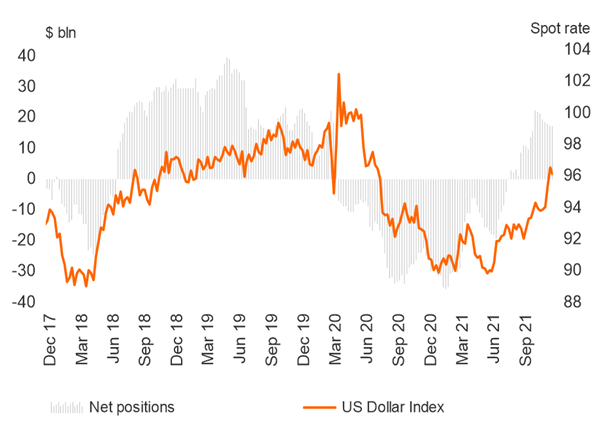 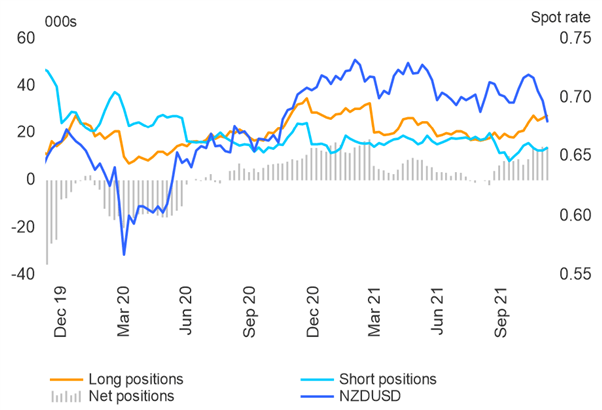 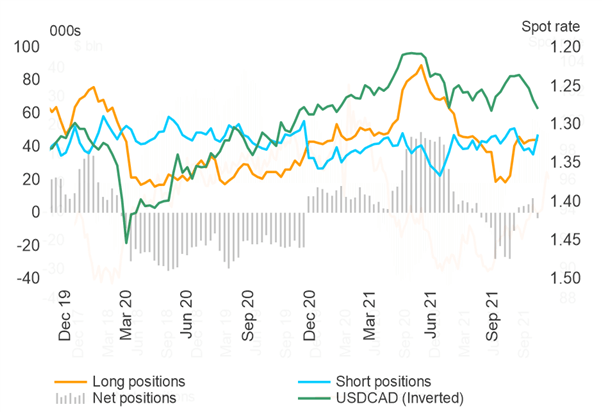