It wouldn’t be a story about Altcoins if we didn’t open with a dramatic rise and dramatic fall. At its peak on October 27th, Shiba Inu attained a $50 billion market cap. At the time of writing this, its market cap now sits at $25 billion. 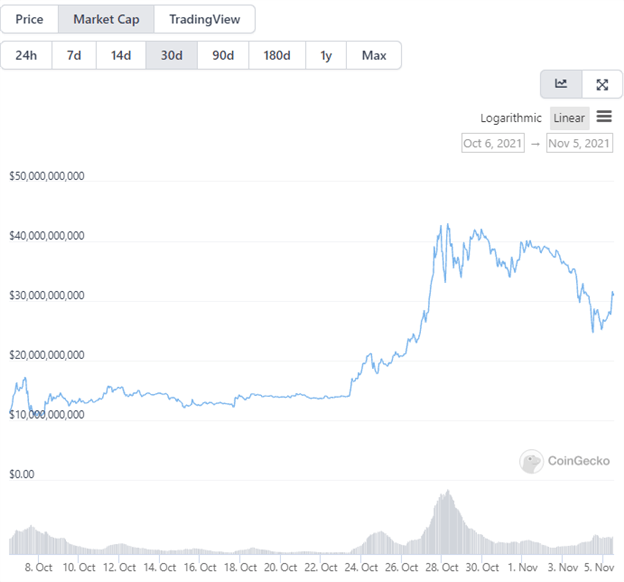 This rapid rise and fall has become standard-protocol in a post-WallStreetBets AMC and Gamestop world. What still remains unclear will be $SHIB’s ability to withstand the test of time. Will you be paying for your coffee in SHIB anytime soon?

That isn’t to say SHIB doesn’t have a purpose. While Dogecoin was built as satire and saw its purpose co-opted into the volatile cryptocurrency we see today, SHIB was built with an intent to be aggressively traded.

When reading through the Shiba Inu whitepaper, you might be surprised to learn that the cryptocurrency is actually built with a clear goal. After the Gamestop and AMC boom-busts, the creators of SHIB realized they could build a crypto-ecosystem built specifically for those interested in memecoins.

In addition to the titular SHIB coins, the Shiba Inu ecosystem also include $LEASH and $BONE coins, built to upkeep a decentralized exchange similar to Uniswap, specifically for trading SHIB. The intent with SHIB is to effectively build a vertically integrated, decentralized trading ecosystem, as to avoid 3rd parties in the traditional financial system or cryptocurrency exchanges preventing the coin from being traded.

In short, the Shiba Inu team realized there was a hunger for fundamentally questionable and easy-to-invest coins, so they built a unique infrastructure making it possible to trade SHIB without 3rd party intervention.

As recently as Thursday, November 4th, the second biggest holder of SHIB moved 2.3 billion tokens, making the market cap of the coin take a nosedive. This shifting of holdings from one to multiple wallets may be an indication that a major holder intends to sell out of their position, perhaps without the market sensing a fire sale. 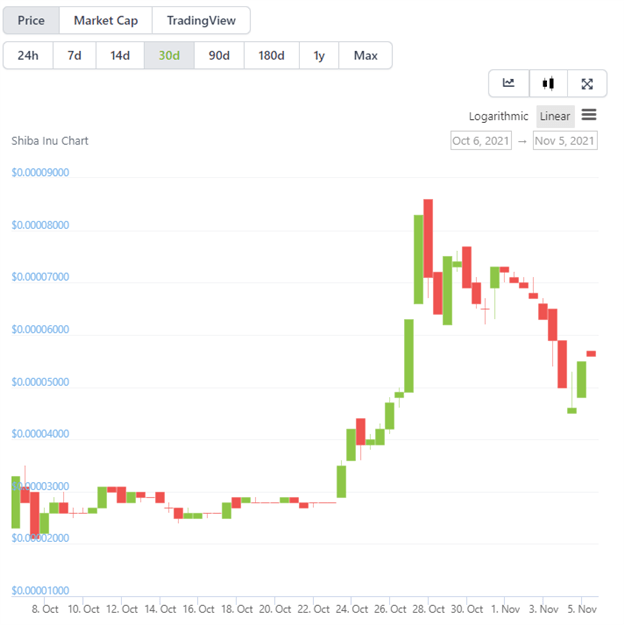 If there is a sense that there is a rush for the exit, SHIB could see a nose-dive as more members of the “Shiba Army” liquidate.

A cryptocurrency built on meteoric rises is beginning to see its first meteoric fall. The next few weeks are going to be big for SHIB. If the cryptocurrency can keep a core community and continue to find new people to join its extremely volatile environment, SHIB could become a household name synonymous with gamified “investment”.