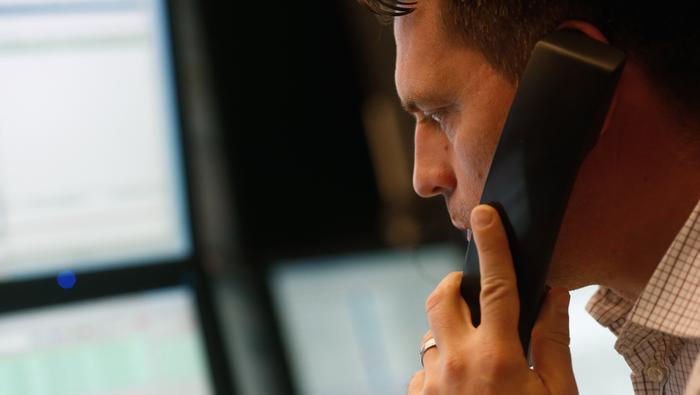 European stocks have been mixed of late as fears return over additional COVID restrictions following a sustained breakout of the Delta variant. Market participants would have had one eye on Tuesday’s US CPI print, which recorded the highest inflation increase since 2009. Some sense of normality resumed over the weekend as the European Championship final was hosted in London with over 60,000 spectators in attendance. The final highlighted the staggering difference between European countries in terms of virus containment protocols. The U.K. government will go ahead and lift all pandemic restrictions from July 19th, while France, Spain, the Netherlands, and Greece all announced stricter restrictions on Monday. Uncertainty surrounding Europe’s economic reopening may continue to weigh on major indices, exacerbating the pullback from recent highs.

Investors were informed on Monday that the European Central Bank (ECB) will be changing policy guidance at its next meeting, which was revealed on Monday by European Central Bank President Christine Lagarde. Just last week, the central bank announced a tweak to its inflation target, adopting a stance more in line with the Federal Reserve. In its announcement last week, the ECB revealed it will tolerate temporary inflation readings above its 2% goal. Price growth has fallen short of targets for nearly a decade, and the policy tweak aims to boost future inflation expectations across the Eurozone. Currently, the ECB’s guidance states that “it will buy bonds for as long as necessary and keep interest rates at their current levels. Market participants will monitor commentary and guidance as any surprises could cause significant movement across financial markets. 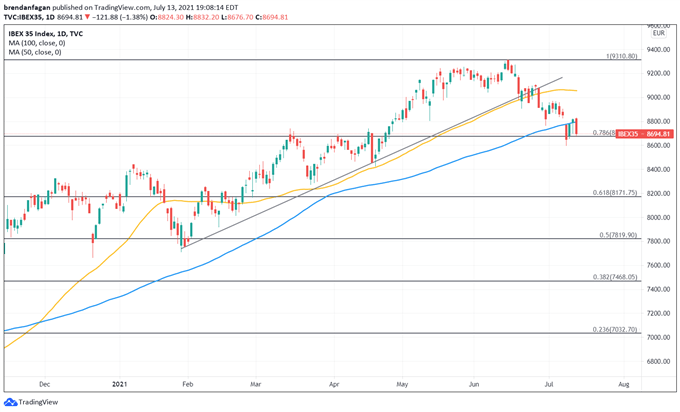 The IBEX 35 Index has retreated from recent highs as Spain battles outbreaks of the Delta COVID variant. Having announced additional restrictions on Monday, Spain is looking to clamp down on new cases among younger generations. New restrictions target night-life venues as Spanish officials look to tame the two-week contagion rate. Of additional worry is the city of Valencia, where local officials asked the courts to authorize a curfew on municipalities that are deemed to be “at risk.” Despite significant fundamental headwinds for the Spanish index, the recent hold of the 0.786 Fibonacci retracement level at 8,673 may prove significant in the weeks ahead. Improved outlook concerning virus containment could see the IBEX 35 retrace some of its recent losses, with near-term resistance at the 50-day Simple Moving Average (SMA) at 9,057. 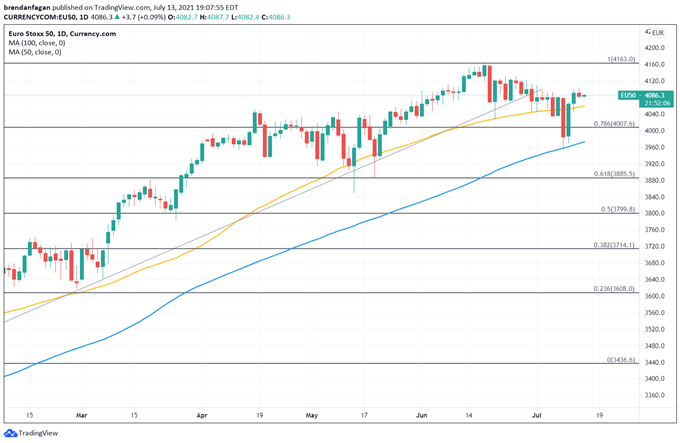 Unlike its Spanish counterpart, the Euro Stoxx 50 Index has consolidated just below recent all-time highs at 4,163. The index has held up well in the face of raging US inflation, fears of slower economic growth, and a revision of ECB inflation targets. The recent slip from all-time highs saw the index retrace its 200-day SMA, from which the index bounced back above its 50-day SMA. It would appear that the index is building up for a test of its highs should it be able to break through the psychological barrier at 4,100. However, near-term sentiment may continue to be driven solely by inflation fears and virus headlines. Additional restrictions and other potent headwinds could continue to weigh heavily on investor sentiment.