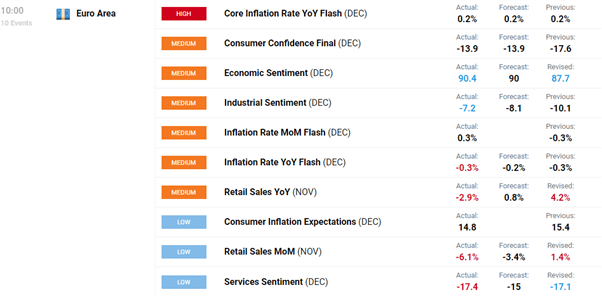 According to Eurostat, Euro Area flash estimates of headline inflation fell 0.3% in December, below expectations for a 0.2% fall. Meanwhile, Euro Area core inflation remained at 0.2%, printing in-line with estimates. In terms of the components for headline inflation, energy prices have continued to weigh on prices. Going forward, with oil prices continuing to track higher and as Germany’s main VAT rate gets back to 19% following the temporary reduction to 16%, inflation may be to pick up later in the year, albeit remaining far from the ECB’s target. 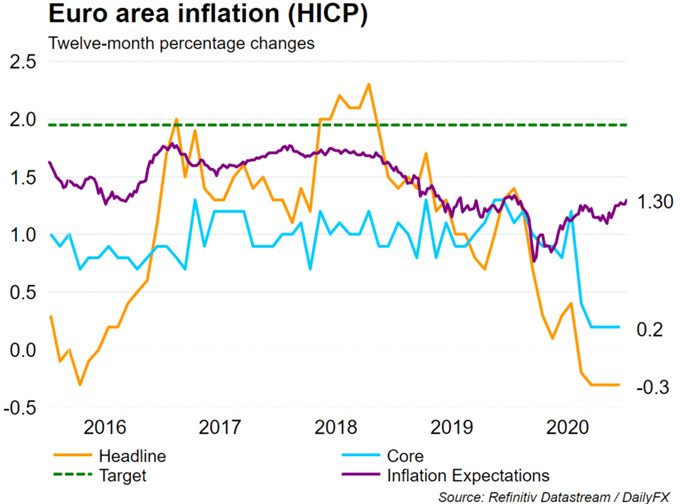 Elsewhere, Euro Zone economic sentiment had picked up in December, which is despite renewed lockdown measures throughout the month. Much of the pick-up, had been lead by industrial sentiment (-7.2 vs Prior -10.1), while like the PMI survey the largest hit to sentiment was observed in the services sector. This is to be expected given the varying degrees of impact that lockdown measures have on different parts of the economy. Alongside this, with several countries across Europe extending hard lockdown measures in January, economic growth looks to be getting off to a weak start for 2021.

EUR/USD: The Euro has come under pressure throughout the session having stalled at yesterday’s high, alongside a corrective move observed in the USD towards 90.00, which has been somewhat exacerbated by reports that China’s Shijazhuang city (population circa 11mln) is to ban all residents and vehicles from leaving the city. However, it is important to keep in mind, that given the persistent downtrend in the greenback, it is natural for a corrective move and potentially a shake out of some weak hands. In terms of levels on the downside, the yearly open and low resides at 1.2229 and 1.2221 respectively. 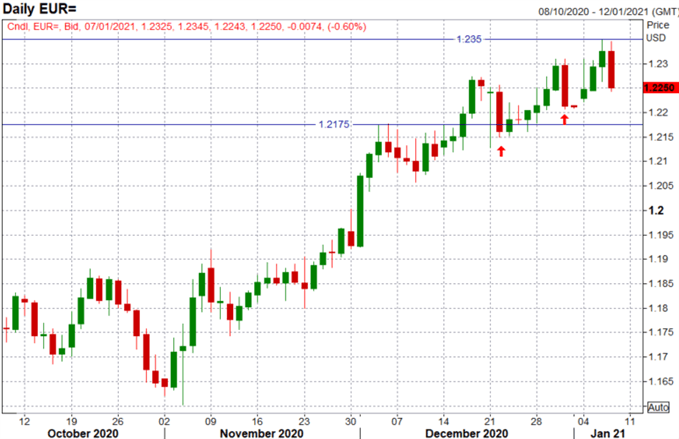