An expectedly volatile September saw the Dow Jones, Nasdaq 100 and S&P 500 fall from their August levels as volatility surged and election uncertainty grew. That said, September is historically a bearish month for equity markets and many investors were issuing caution as the summer doldrums drew to a close. Either way, price action in the final week of the month, and indeed of the third quarter, was encouraging, but does that suggest stocks will continue higher in October? 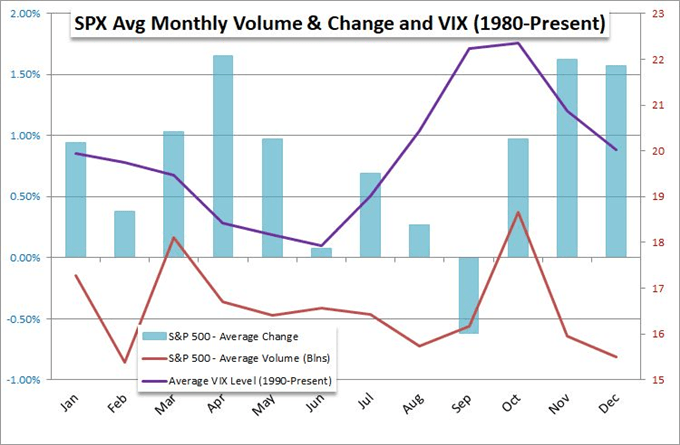 While it is difficult to say with any certainty, history suggests October is one of the better performing months of the year on average with the S&P 500 returning roughly 1% in the month over the last thirty years. That said, a historical review of the volatility index (VIX) reveals October has also been the most volatile month with an average VIX level of 22.5 since 1990. Still, past performance is hardly indicative of future results and each calendar year can have substantial outliers that buck the trend.

That being said, the ingredients for a volatile October are certainly present. On the bullish side, analysts are hoping for a coronavirus vaccine that will expedite a return to normalcy while others cling to the chance of further stimulus packages. Conversely, many investors have become pessimistic regarding the post-covid economy – perhaps rightfully so as companies announce massive layoffs. 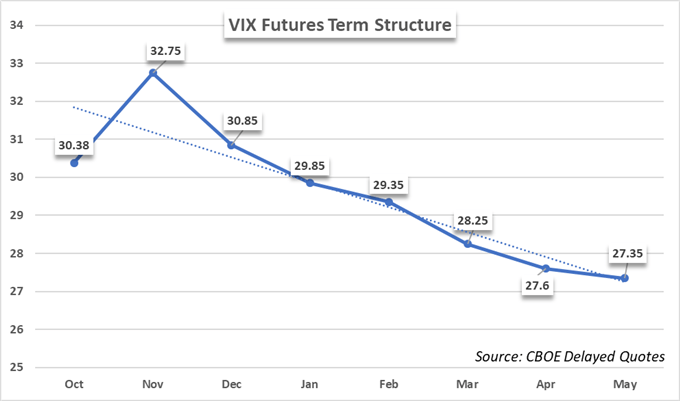 Further still, investors are already positioning for election related volatility, evidenced by VIX futures. Evidently, the story of the equity market is far from a fairytale and a seasonal rise in volatility will work to exacerbate price swings in either direction. Nevertheless, a commitment from the Fed to maintain low interest rates should provide a tailwind for equity valuations in the longer-term.

While the longer-term outlook unfolds, I believe the election will become an increasingly dominant theme to watch in the fourth quarter and further volatility seems likely. In the meantime, follow @PeterHanksFX on Twitter for updates and analysis.