US Dollar Drifting Lower, What to Watch Out for the FOMC Meeting

As market participants await the Federal Reserve monetary policy decision, the US Dollar has drifted lower overnight with the greenback back below 93.00 with markets seemingly gearing up for a dovish meeting.

As a reminder, at the Jackson Hole Symposium, the Chair Powell had announced the Federal Reserve’s shift to average inflation targeting (AIT). This will mean that the Fed will allow inflation to overshoot 2% for a period of time, as opposed to pre-emptively tightening monetary policy prior to inflation reaching its 2% target. As such, policy is more geared to lower for longer.

What to Watch Out For

Forward guidance shift: The expectation is that the Fed will implement AIT within its statement. Alongside this, the Fed are likely to relabel its bond buying program as “accommodative” as opposed to “market functioning” given that the latter is largely back to pre-Covid levels. This could be taken slightly further if the central bank were to place a timeline on QE or in a more dovish scenario, increase the pace of QE.

Weighted Average Maturity: This essentially means the change in the weighted average maturity in the Fed’s bond portfolio. In light of the treasury issuing more debt in the longer end of the curve, there has been growing expectation in the lead up to the meeting that the Fed could potentially increase duration and target the longer end of the curve to provide accommodation.

Fed Dot Plot: Given the Fed’s new mandate, the dot plot is unlikely to see a material change. That said, with the first look at 2023 dot plot the Fed are likely to suggest that no tightening is expected. 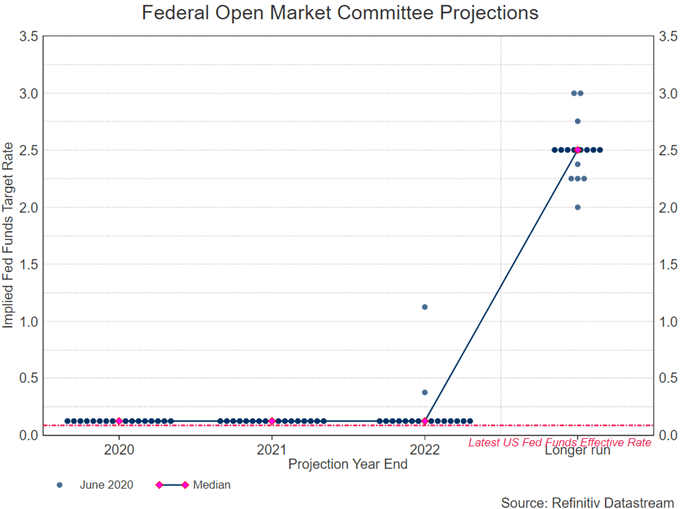 US Dollar downside on the look out for 92.50-60 as we approach the Fed meeting. Failure to hold opens the door towards a move below 92.00 and back to the September low. That said, near term bearish outlook, likely to be negated on a corrective move above 94.00.