Gold prices were higher at the start of Thursday’s Asia Pacific session as investors sought safety in the face of weaker economic data but, perhaps ironically, a similar impulse also saw the US Dollar higher and capped gains for the metal.

US retail sales saw a record fall in March, with output at factories also sliding sharply as the coronavirus toll increases. Japanese business confidence made fresh decade lows according to the Reuters Tankan survey. The one bright data point was Australia’s labor market where job creation managed to hold up despite forecasts of sharp falls. However it looks as though the data may be of marginal use. The March survey period missed some of the contagion’s starker ravages. These are sure to show up in subsequent snapshots. At any rate Australian Dollar gains on the release were very short lived.

Investors will now look with trepidation to weekly US jobless-claimant numbers due later in the day. This series has seen millions added to the unemployment account thanks to business shutdowns.

Oil prices rose on Thursday, reportedly on the premise that sky-high US inventories may force further production cuts onto the market

Data on Wednesday showed a record, 19.2 million barrel surge in stockpiles of crude oil when the market was looking for a rise of just under 12 million. Still, prices remain close to twenty-year lows as the market weighs the likelihood of any likely reductions outpacing the virus-related destruction of demand. 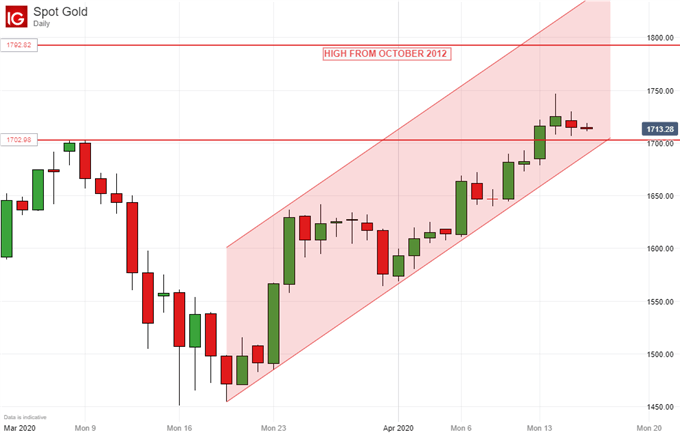 Gold prices continue to respect their dominant daily chart uptrend but have the look of a market which needs a new fundamental catalyst to nail down further gains. Still, bulls can take heart from the lack of obvious selling impetus at current levels. The market may well need some consolidation given its substantial run higher this month, but assuming that that phase leaves support at $1650 or even $1600 intact then the bulls will probably be reassured. 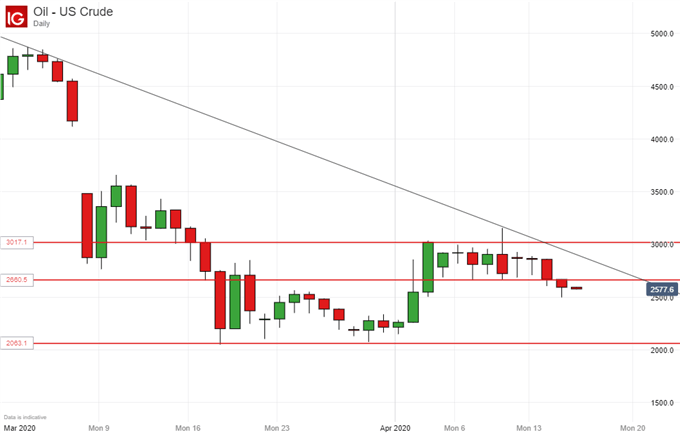 US Crude oil prices have slipped below the tentative range base which had formed in the past ten days by slipping under $26.61/barrel on Wednesday. That break may not be conclusive quite yet, but if it’s confirmed by a weekly close it probably will be.

That in turn would put the March lows back in bearish focus, which is astonishing given that the production cuts delivered so far have largely exceeded market hopes. The longer-term downtrend from February 20 remains in control, currently offering resistance far above the market at $29.92.