The Australian Dollar popped higher but soon pared gains as official employment data seemed to show a much less severe coronavirus hit than the markets had expected. Investors are aware, however that the numbers were compiled before the full impact could have been felt.

The economy created 5.900 new jobs in March. That was much better than the 30,000 fall markets had been braced for, but it was well below February’s 25,600 gain. Full time positions fell by 400 while part time roles increased by 6,400 accounting for all the month’s relative strength.

The unemployment rate ticked up to 5.2%, from 5.1% while participation was unchanged at 66%

Strong employment growth has been a consistent bright spot for the Australian economy, but this release may well make it seem more luminous than it really is. The survey was taken between March 1 and 14 which means it will have missed obvious, virus-related restrictions such as Australia’s travel ban, business shutdowns and social distancing rules.

All of these are likely to make a major difference to the figures in the months ahead, and the April release will be a crowd-puller for the Australian Dollar market. Market action since the data suggest that it won’t offer meaningful support to the currency. 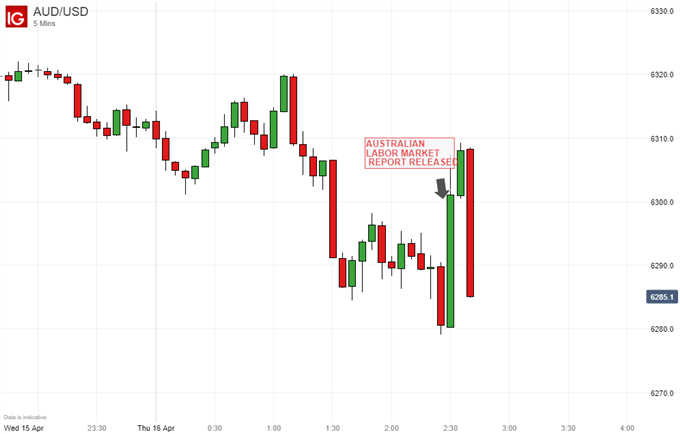 The Australian Dollar has benefited markedly from the revival in risk appetite which accompanied forthright monetary and fiscal action on the part of global authorities to combat the contagion’s economic effects.

The US’ multi-trillion-dollar program raised global spirits, but the Australian authorities have done their part too, with interest rates cut to record lows and massive support offered to businesses. 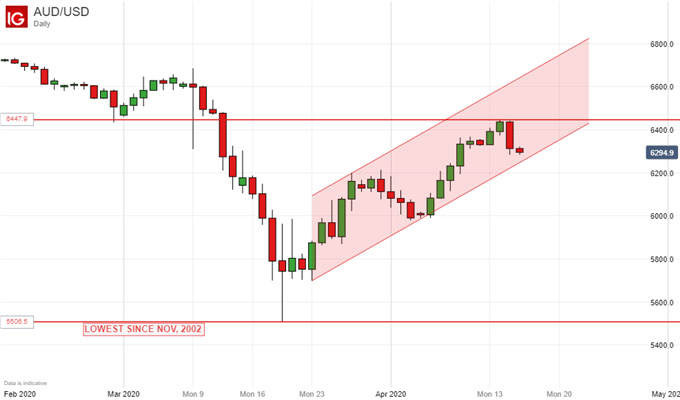 However, the currency shows signs of topping out against the US Dollar and, with prognoses of world recession now proliferating, all such growth-correlated assets remain highly vulnerable to sentiment swings.