GBP: The Pound has begun the week on a soft note, following another round of dovish commentary from BoE officials with Vlieghe stating that without a significant improvement, further stimulus would be appropriate. Consequently, this led to another boost in BoE easing bets, prompting the Pound to come under renewed pressure. This was further exacerbated by a surprise GDP contraction of -0.3% in the November monthly growth report. However, given that this data captures a period of heightened political uncertainty prior to the UK election results, the most important data points will be the upcoming UK PMI surveys. As it stands, money markets are 50/50 for a 25bps cut at the January meeting, up from less than 5% prior to Governor Carney’s speech. Reminder, dovish dissenter, Saunders is due to speak on Wednesday.

JPY: Weakness in the Japanese Yen persists, which in turn sees USD/JPY trade at its highest level in 7-months, having made a technical break above the descending trendline stemming from the October 2018 peak. That said, as investors await the signing of the Phase 1 trade deal between the US and China, USD/JPY looks to make a push above 110.00 with eyes on for a test of 110.50 (76.4% fib) as equity markets extend gains.

CAD: Marginal gains for Canadian Dollar, despite the slight pullback in oil prices. Subsequently, USD/CAD edges below 1.3050 with investors awaiting the Bank of Canada’s Business Outlook Survey, whereby a better than expected reading could see a return to sub 1.30. 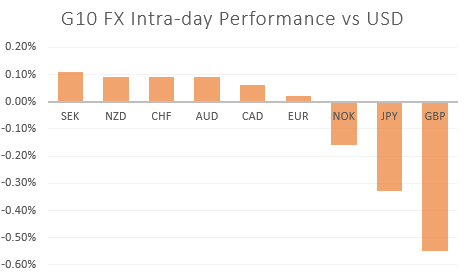 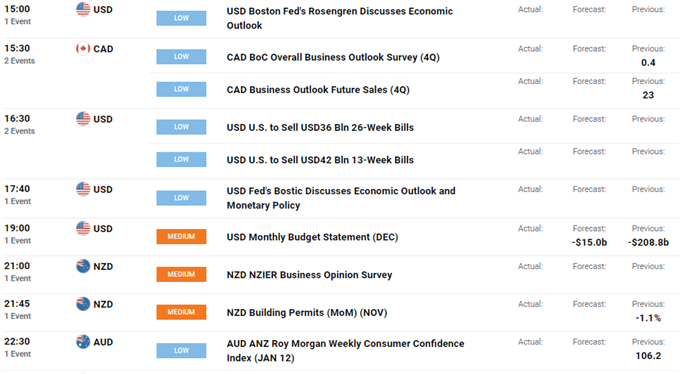