Sterling pierced longer-term resistance levels against both the US dollar and the Euro after UK PM Boris Johnson won a resounding, and unexpected, majority at the General Election. The British Pound spiked higher after Thursday’s 10pm exit poll predicted that PM Johnson would win 368 seats, giving him a large majority in Parliament and making it easier for him to push his Brexit plans through. Sterling-pairs are pushing multi-month and multi-year highs and traders are now likely to look at any reasonable dip as an opportunity to re-set long positions. Latest: The Conservative party have won 364 seats win one seat left to declare.

Cable broke above horizontal resistance at 1.3382, made on March 13, and this level will now act as first support and may be tested in the short-term. Below here, a cluster of old highs between 1.3177 and 1.3270 will act as stronger support levels and are unlikely to be broken and closed below in the current environment. To the upside, it may prove difficult to break a cluster of old highs made in May 2018 around 1.3630. 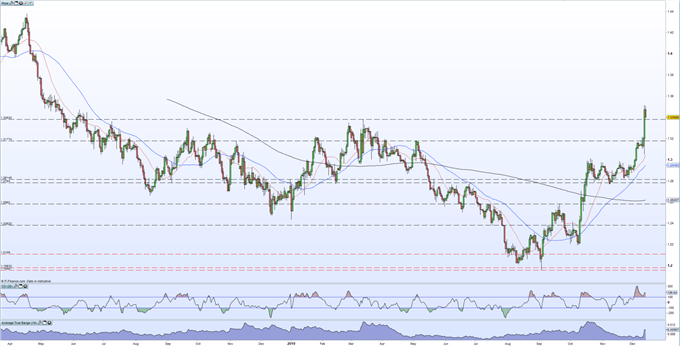 EUR/GBP recent sell-off accelerated post-exit poll and traded at a low, 0.8277, last seen back in July 2016. This pair is now down 10 big figures since mid-August and while the technical outlook continues to suggest lower prices in the medium-term, a period of profit-taking/consolidation may see the pair respect these old horizontal levels between 0.8251 and 0.8313 in the short-term. As with GBP/USD, bullish Sterling traders should wait for a reasonable pull-back before considering any fresh long GBP position, as short-term upside looks to be limited. 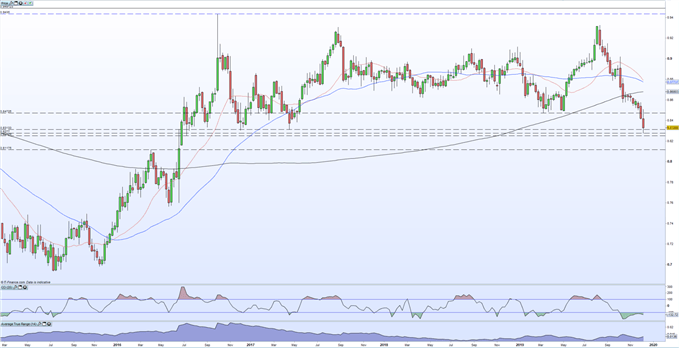 What is your view on Sterling?? You can let us know via the form at the end of this piece or you can contact the author at nicholas.cawley@ig.comor via Twitter @nickcawley1.