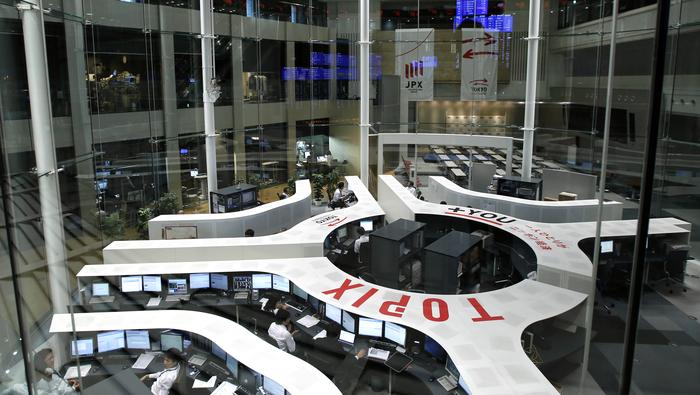 Asia Pacific stocks put in another mixed and nervous performance as a new week got under way. It’s highly likely that US-China trade talks, set to start on October 10, will be its main economic event. There is clear uncertainty as to what will occur, if anything, once they start.

US President Donald Trump may have said that he sees a ‘very good chance’ that a deal will be struck, but markets are more circumspect. A trade truce would probably be acceptable as a positive first step, with any sign of even an interim deal probably interpreted as a bit of a bonus, supportive of risk appetite. Bloomberg has reported that Chinese officials are signaling increased reluctance to go for a broad trade deal at this point.

Official US labor data on Friday gave markets a modest boost. They came in broadly as expected, with the unemployment rate ticking down. Nonfarm jobs grew at a slightly slower-than-expected pace, but the overall jobless rate ticked down to a new 50-year low. The numbers were at least in pleasant contrast to some of the grave US data disappointments of the past two weeks.

Regional economic data was a bit thin on the ground but Sunday’s news that Chinese foreign reserves fell far more than expected last month capped risk appetite in the foreign exchange market. Stock markets in both mainland China and Hong Kong were closed for Holiday, but the Nikkei 225 was open and down 0.2% at the start of its afternoon trade. The ASX 200 was up by 0.6%, with its major banks and tech catching a bid from Wall Street last week. South Korea’s Kospi added 0.1%.

There was a little more caution evident in the currency space as investors eyed those trade talks. The Japanese Yen made gains although USD/JPY pared its losses as the session went on. The Dollar seems to be holding at one-month lows against its Japanese counterpart. 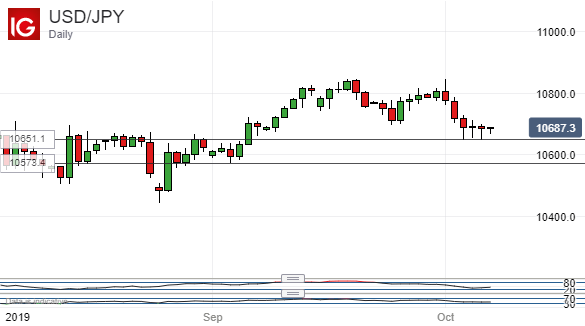 Support there seems solid, and looks likely to remain so in the absence of any surge in risk-aversion which in these markets can never be entirely discounted.

China’s offshore Yuan took a step back too, if only a small one.