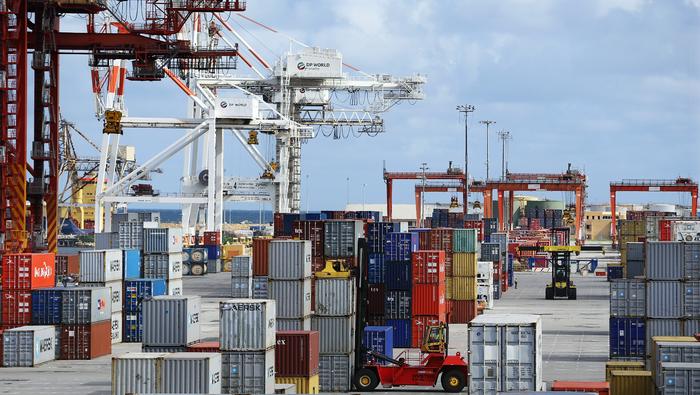 The Institute for Supply Management released their report on the manufacturing sector Tuesday morning, revealing the second consecutive month that US manufacturing has contracted with a reading of 47.8, the lowest level since 2009. The print put the brakes on a rally in the US Dollar, which started out Q4 with a two-year high. The DXY index dropped from 99.67 to 99.38 as the report crossed the wires. The implications of the report were felt broadly across markets with US Treasury yields also dropping sharply as the 10-Year yield fell under 1.650%, while Gold pushed above $1476. 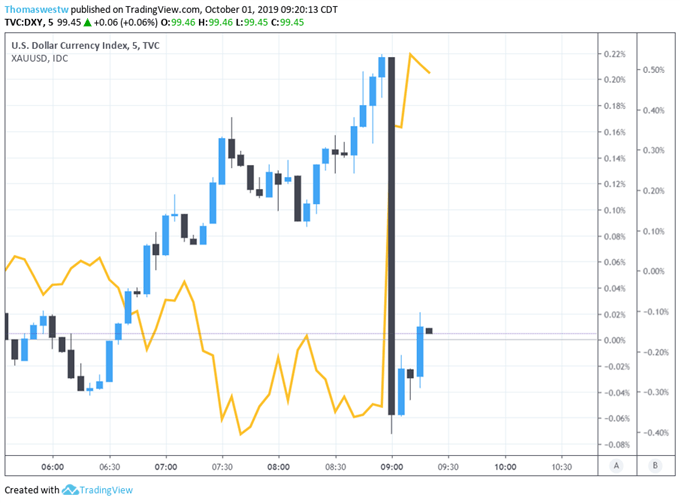 US-China trade issues remain a prime driver behind the contraction with the report’s issuer Timothy Fiore stating “global trade remains the most significant issue, as demonstrated by the contraction in new export orders that began in July 2019. Overall, sentiment this month remains cautious regarding near-term growth.” The market now awaits the highly anticipated US NFP report this Friday with an expected figure of 145k jobs being added in the month of September. Later this week, ISM’s report on the services sector will also be released with a reading of 55.0 expected.

The ISM report paints a dim picture for the US Economy as new orders, production, and employment all seen further contraction in September. This could give dovish member of the Federal Reserve more reason to continue easing monetary policy going forward. Currently the market expects a 55.3% chance for a cut according to overnight swaps, up from 39.8% yesterday. Federal Reserve member commentary has recently shown that there are differing opinions regarding the Fed’s policy path within the central bank, with Chicago Fed President Evans saying the bank is now “well positioned.” However, today’s ISM report gives more prudence to more dovish stances such as Minneapolis Fed President Kashkari who recently stated that he does not view the US economy running at capacity. 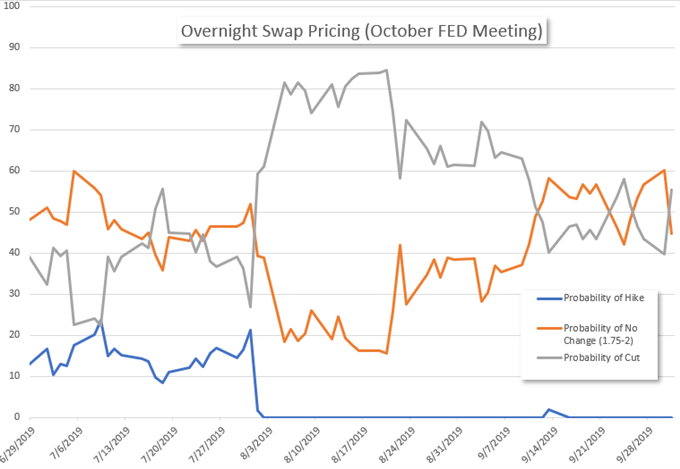