This framework review aims to evaluate the best way to achieve the Fed’s congressionally mandated policy of achieving stable prices and maximum employment. The current framework, which was put in place back in 2012 under then-Chair Bernanke, has consistently undershot the Fed’s 2% inflation target - prompting the current framework review. Globalization of the economy, along with an aging population, have been the target of blame among central bank officials for the current policy framework shortcomings. 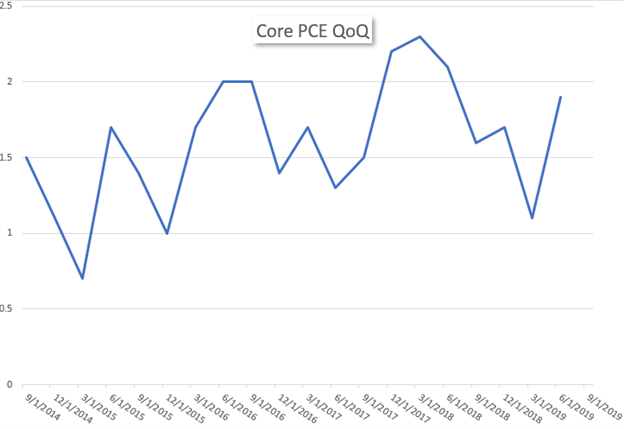 Clarida began his prepared remarks by explaining that the relationship between inflation and employment has lessened due to price inflation being less responsive to resource slack. Going on, Clarida said “I judge that U.S. inflation expectations today do reside in a range I consider consistent with our price‑stability mandate.” While Fed members are mostly in agreement that the current policy framework has served the public well, Clarida went on to remark that he expects members to consider changes to the framework policy such as alternative policy strategies, options for enhanced use of existing tools, changes to communication practices, and the relationship between monetary and fiscal stability. This review is likely to conclude in the first half of 2020.

While not a voting member, Minneapolis Fed President Kashkari spoke in a Q&A format today taking various questions related to the economy and monetary policy. Kashkari has maintained a more dovish stance on policy than most of his counterparts, advocating for a 50-bps cut at last week’s meeting.

To that end, Kashkari stated that he sees no evidence of the US economy running at capacity. In contrast, some of Kashkari’s hawkish counterparts argue that additional accommodations to monetary policy could spur asset bubbles and drive financial instability risks. These risks have credence with market participants as the S&P500 sits near all time highs, although volatility remains elevated. 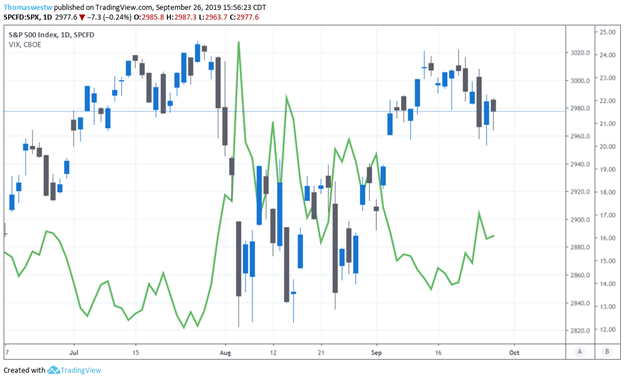 Kashkari also harped on the yield curve being the most reliable indicator to predict a recession, before noting that he did not currently forecast a recession. Despite no forecast of a recession from Kashkari, there is concern in some key yield curves, notably the 2s10s spread (2-Year/10-Year) which slipped into inversion in August for several weeks, with the current spread hovering uncomfortably close to inversion at 4.01%. 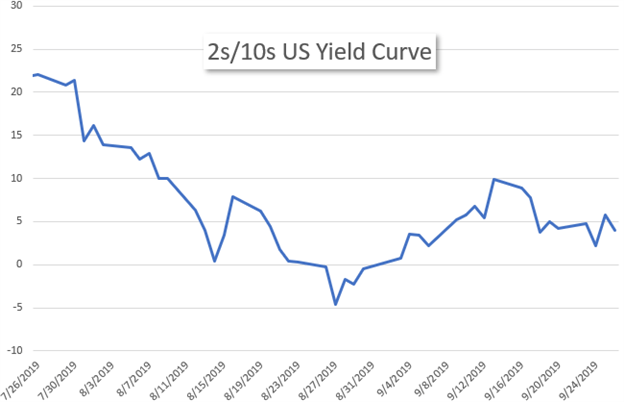 Speaking this morning, Dallas Fed President Kaplan, focused more on the outlook of economic growth and what is necessary going forward. While not a mandated objective for the Federal Reserve, Kaplan argued immigration will be a necessary driver of growth in the future. At a time where the population is aging, Kaplan stated “If you think you are actually going to cut the number of immigrants and grow GDP, those two things do not go together.” Kaplan is not a voting member this year and recently mentioned that he is now agnostic on future cuts.

The next FOMC meeting will take place on October 30th but, markets are already starting to price in less of a probability that the Fed will continue to ease rates. Overnight swaps are currently pricing a 43.4% chance of a 25-basis point cut, down from a high of 84.5% in August. These probabilities were enforced by commentary from Chicago Fed President Evans yesterday, where he stated that policy is now “well-positioned.” As officials now seem more hesitant to voice support for further easing, Chair Powell’s comments on the two hikes this year being “insurance cuts” seem to be coming to fruition. 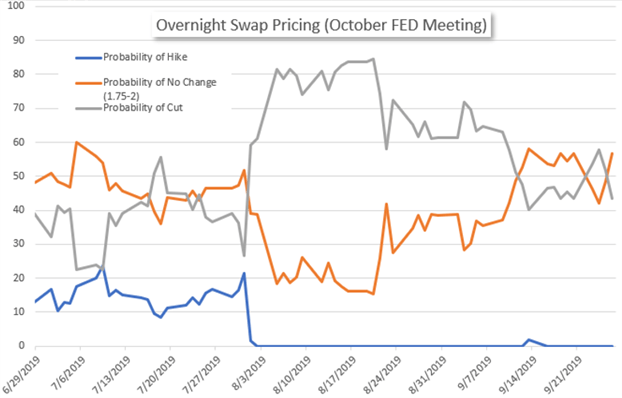