Bullish sentiment for the Brazilian Real and Ibovespa may be eroded after local outstanding loans data is published with expectations of a print at 3.285 trillion reais. Debt levels are expected to reach a multi-decade high while local economic activity continues to show weakness along with confidence in the government’s ability to pass key structural reforms.

Slower growth prospects and uncertainty about the future of global geopolitics have soured risk appetite and put a premium on liquidity and a discount on emerging market assets. This might then help explain why the US Dollar and US Treasuries have been gaining broadly at the expense of risk-geared assets. Deteriorating US-China trade relations have played a critical role in clouding the outlook for global growth. 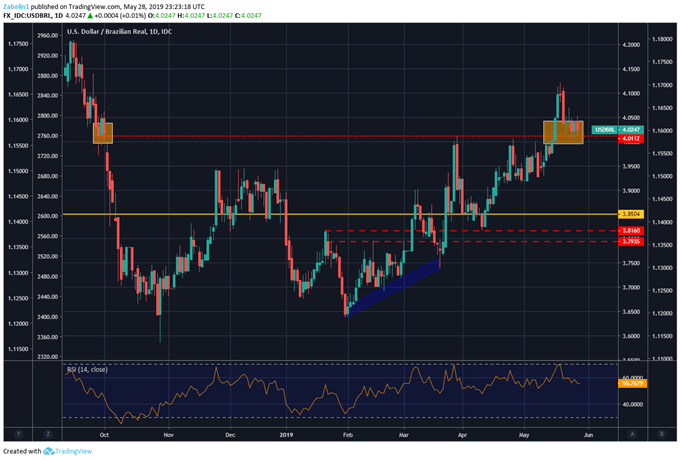 As the second-largest producer of iron ore – with a primary export destination to China – souring relations between Beijing and Washington will continue to undermine Brazil’s growth prospects. The added pressure of higher yields on Brazilian sovereign debt may also add additional stress to an already debt-burdened government by virtue of its generous pension system.

However, some progress on that front is being made, though it still remains a politically precarious situation. A prospective growth pact between the three branches of the Brazilian government will be signed during the week of June 10. This pact will also include provisions on the pension reforms. Barring any internal political erosion or major external headwinds, the accord may provide a to boost sentiment and could push the Real higher.

However, from a broader perspective this may not be enough to adequately quell fears over the trajectory of Brazilian assets. As the largest economy in South America, if Brazil continues to show weakness, it could send a chilling effect throughout the entire region and may ripple out into broader risk aversion in emerging markets.

This may then revive concerns of an emerging market contagion that was last seen in 2018 at the start of the US-China trade war and the Fed’s rate hike rampage. Until fundamental headline risks are either dissolved or substantially mitigated, the Brazilian Real and Ibovespa will likely continue to feel the pressure amid domestic discontent. 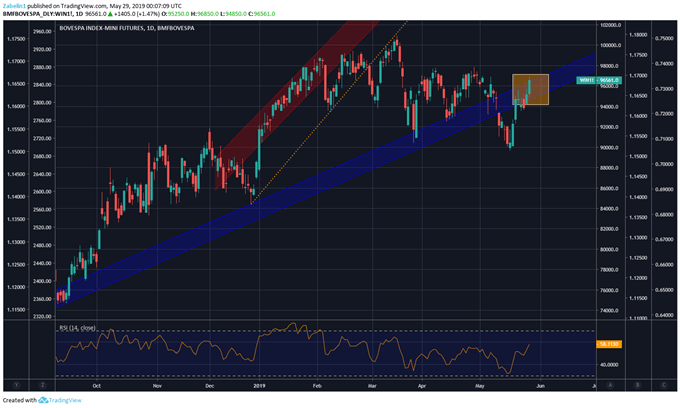