Mixed trade occurred in Asia Pacific benchmark stock indexes on Thursday in a rather quiet day as anticipated. In the prior Wall Street session, the S&P 500 trimmed some of its gains as upside momentum weakened.

The Nikkei 225 saw much of the same, climbing and falling as it was little changed towards Tokyo market close. Reports from the White House crossed the wires that US President Donald Trump will meet with China’s Vice Premier, Liu He, later today.

Australia’s ASX 200 was one of the worst-performing indexes, declining around 0.9% alongside a drop in Iron Ore futures. Materials account for a bold 20% weighting in the index. China’s Shanghai Composite outperformed, climbing roughly 0.5%.

Looking at foreign exchange markets, the British Pound struggled to extend gains after the UK Parliament voted and passed a bill to block a ‘no-deal’ Brexit. It still needs to be passed on the House of Lords over the remaining 24 hours.

Speaking of, EUR/USD and the Euro Stoxx 50 await the minutes from the March ECB interest rate decision. The central bank pushed back on prospects of a rate hike this year as it downgraded economic growth forecasts. Reiterating much of the same may sink sentiment alongside the Euro.

On a daily chart below, the Euro Stoxx 50 just cleared the March peak at 3422. However, it stopped short of the late August and September 2018 highs which is near-term resistance just under 3460. Negative RSI divergence warns that upside momentum is fading and this may precede a turn lower towards rising support from late December. 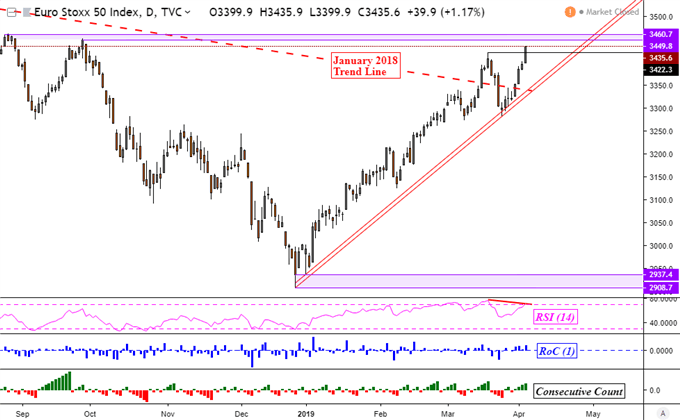 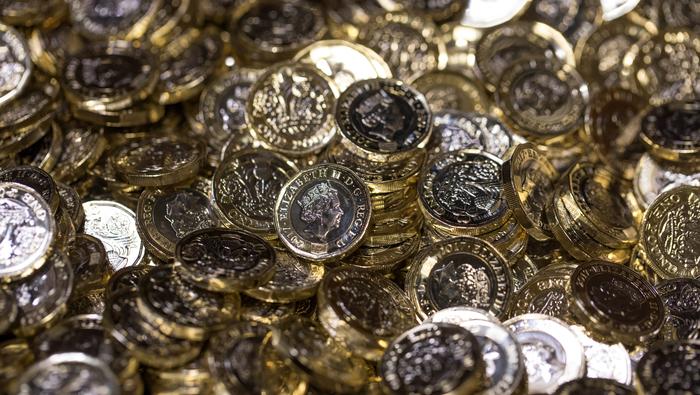