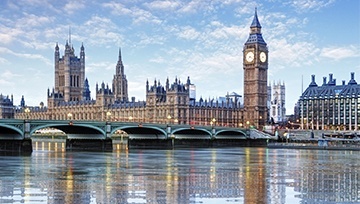 The Pound Sterling is dropping after key Brexit deal amendments that aimed to lessen the chances of a no-deal Brexit were rejected by British Parliament. Multiple MPs drafted proposals to tack on the end of Prime Minister Theresa May’s Brexit deal looking to prevent the UK departing the European Union without a deal since Parliament voted against the PM’s deal.

Up until British MPs began voting on several Brexit deal amendments, the Pound was trading flat as forex traders anxiously waited to see if Parliament would pass legislation aimed at preventing no-deal Brexit. Cooper’s Amendment B gained a lot of attention prior to the vote as it would have effectively delayed the official Brexit date from March 29 to December 31, but the amendment failed 321-298.

The two amendments that were approved are Brady’s Amendment N and Spelman’s Amendment I. Brady’s amendment requires the Northern Ireland backstop to be replaced with an alternative arrangement in lieu of a hard border while Spelman’s amendment adds to the Brexit deal that Parliament rejects a no-deal departure.

While the approved amendments sound like positive developments on the surface, they are likely to carry little weight and serve more as gestures to the EU what British MPs demand to reach a Brexit agreement. Parliament has made it clear that they do not support the current deal on the table but are now indicating that they oppose leaving the EU without a deal.

Consequently, Brexit negotiations will continue with PM May seeking additional concessions from the EU. However, EU officials have stated that they are unwilling to budge any further. This could be contributing downward pressure the GBP had been experiencing since voting began and the Cooper amendment was rejected.

Once voting concluded, PM May address Parliament with a statement where she reiterated her concerns about British backstop demands by saying “there is limited appetite for this in the EU and negotiating for this will not be easy.” The PM added that the House of Commons has made it clear what it demands and that she can “now take this mandate forward and seek to obtain legally binding changes to the withdrawal agreement.”