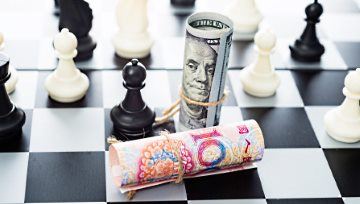 The New Year looked to start out on a positive note for the US stock market after a day of mixed trading resulted in a green close. Unfortunately, that was immediately undone by an announcement from Apple shortly after the markets closed. The iPhone maker and corporate behemoth issued revised first quarter guidance downward and share trading of the company was halted.

Revised revenue for the first quarter ending December 29th totaled $84 billion, down from the $93 billion previously forecasted by the company. Shares immediately traded lower, off roughly 7% from their closing price on Wednesday evening. The 7% decline equated to a market capitalization loss of approximately $57 billion, $2 billion more than the total market capitalization of Daimler AG.

While the damage to share prices obviously bodes poorly for Apple investors, the development will likely have an adverse impact on the broader market as well. Due to Apple’s size and rationale behind the revision, equity bulls may have a rough trading day ahead of them tomorrow.

Apple CEO Tim Cook had a list of reasons behind the cut forecasts with Chinese demand at the forefront. “While we anticipated some challenges in key emerging markets, we did not foresee the magnitude of the economic deceleration, particularly in Greater China” the company said in a statement regarding the revision. The concern echoes that of many market participants that warn of slowing economic growth in China and the headwind posed by trade disagreements. 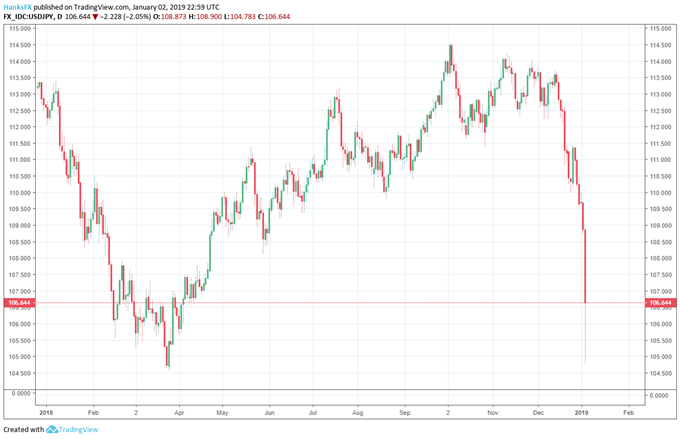 Shortly after Apple’s decline, a series of significant currency moves took place. USDJPY plummeted more than 300 pips in a matter of minutes from ~108.200 to ~104.800 before rebounding slightly to the 106.750 level.

View our 2019 First Quarter Forecasts and Top Trades which include a USDJPY Short for the New Year.

With such an aggressive rally in the Yen, many speculators claimed the decline in Apple spurred risk aversion and thus Yen bidding as the revised forecasts confirmed concerns on global growth. Often viewed as a corporate juggernaut, Apple has performed strongly in recent quarters and such a significant bearish revision is material data speculators can point to when arguing for slowing growth. At this time, it is too early to have any concrete conclusion but USDJPY’s crash was the largest for the pair since the Great Financial Crisis. 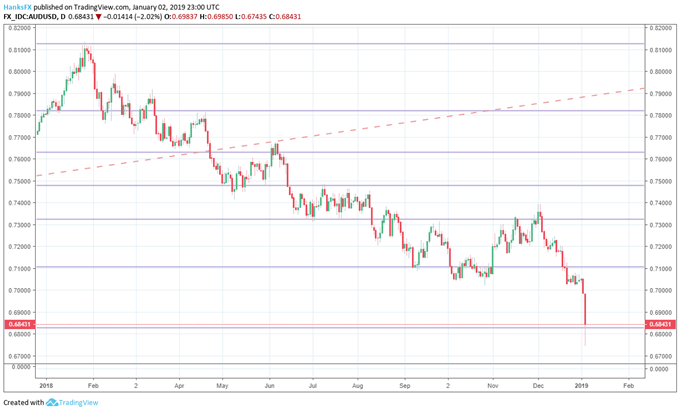 Similarly, the sentiment-geared AUDUSD tumbled momentarily to 0.6752 from 0.6968 before rebounding to the 0.6860 level. While the moves were incredibly significant, they were exacerbated by the trading hours in which they took place.

The USDJPY crash occurred when markets are typically most thin, between the US close and Asia open. As traders return to their desks Thursday, the pairs will receive a proper conclusion to the price action. With few traders and low volume, the losses were likely compounded as mechanical sell-orders were executed at the various technical and psychological levels between 109 and 104.750.